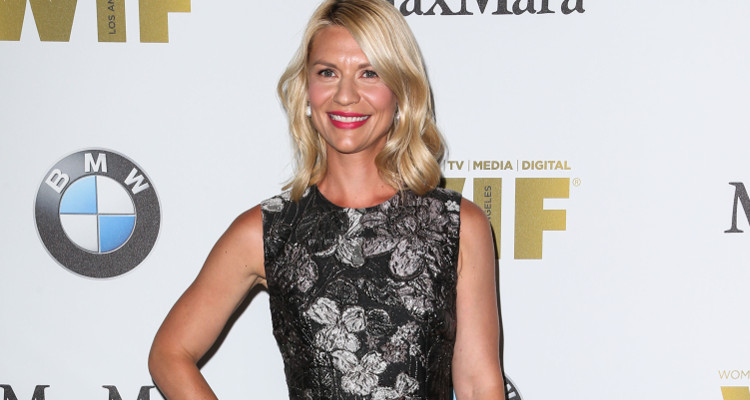 Claire Danes’ age is just 37, but she has already achieved more than what most actors achieve in a lifetime. She has acted in commercial blockbusters and critically acclaimed films, in successful and timely TV series and she has won a slew of awards for her hard work. Check out Claire Danes’ wiki page on the net. Danes is one of the most exciting young talents in Hollywood, and everybody is watching.

Danes was born in Manhattan, New York to Carla, a sculptor and printmaking artist, and to Christopher, a photographer. Danes also has an elder brother named Asa, who is a lawyer. Danes had an unusual childhood because both her parents were artists. Initially, her family lived in an artist’s loft. Danes attended both middle school and high school in New York City before moving to Santa Monica, California when she got a break in a TV series. Danes graduated from Lycee Francais de Los Angeles in 1997. In 1998, Danes attended Yale University but after studying for two years as a psychology major, she dropped out to concentrate on her film career.

Not many people know this, but Danes has studied dance since the age of six. She also took acting lessons at the age of ten. She soon started appearing in theater and video productions in New York City. Danes worked on a few series like Dudley, Law & Order and HBO’s Lifestories: Families in Crisis, before securing the role of 15-year-old Angela Chase in the TV drama series, My So-Called Life. She won a Golden Globe award and also got an Emmy nomination for this role. In 2010, Danes starred in the HBO production, Temple Grandin, a biopic about a woman suffering from ‘Autism.’ For her performance, she won an Emmy award, a Golden Globe award and a Screen Actors Guild award. This was an amazing achievement by any standards.

Danes then appeared in the TV series that she is now most famous for; Homeland. Since 2011, Danes has played the role of Carrie Mathison, who is a CIA agent dealing with a bipolar disorder. This role has made Danes a household name in America. She has won two Golden Globe awards and two Emmy awards for her outstanding performance in Homeland, while working on other films as well, during these years.

After taking on roles in lesser known movies like Little Women, Home for the Holidays and I Love You, I Love You Not, she got her first leading role in the prominent film, Romeo + Juliet. After the huge success of this film, Danes went on to act in major films like The Rainmaker, Les Miserables, Brokedown Palace and Terminator 3: Rise of the Machines. She also gave excellent performances in small but critically acclaimed films like, Igby Goes Down, Shopgirl, The Family Stone, Evening and The Flock.

Danes has also acted in theater productions like Happiness, Punk Ballet and Kids Onstage. She also acted in famous plays like The Vagina Monologues and Pygmalion. 2016 has been a particularly good year for Danes. She acted in the play, Dry Powder, and again received a Golden Globe nomination for best actress, for her recurring role in Homeland.

Things have been good on the home front for Danes, as well. Claire Danes’ husband, Hugh Dancy met her in 2006 on the set of her film, Evening. They began dating and were married in France, with a secret ceremony in early September 2009. They are the proud parents of a son, named Cyrus. Danes is a supporter of the charity, Afghan Hands, which helps women in war torn Afghanistan gain independence, education and livable wages.