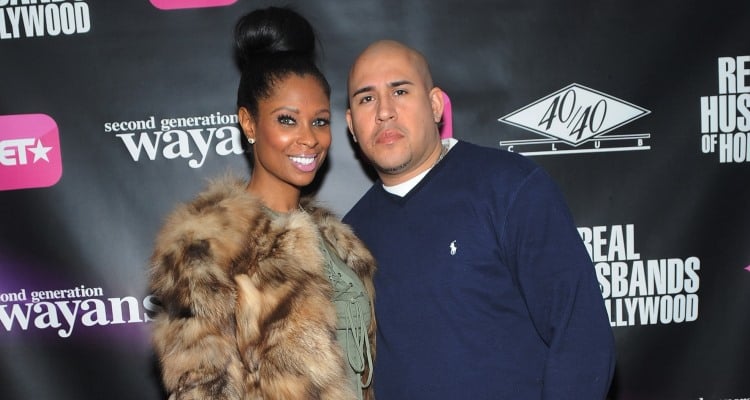 Cisco Rosado’s age is unknown, but his birthday recently passed on June 29. He is an American record producer, singer-songwriter, and television star. As a talented producer, he has worked with artists like Tahiry Jose, Tank, Uncle Murda, Jim Jones, French Montana, and Styles P. Cisco. Rosado’s nationality is American Puerto Rican, and he is best known for his role on the VH1 hit reality show, Love & Hip Hop. His ex-girlfriend on the show is Diamond Strawberry. His rise to fame began because of his relationship with Basketball Wives’ Jennifer Williams, the mother of his two children. He was born in Brooklyn, New York, and stands at 5′ 8″.

So fresh and so clean. Shaved up and ready to go. #Hustle is my last name. Still get my haircut by my oyay on Broadway. Shout out to my Dominicans, Columbians, Panamanians, Jamaicans, Trinidadians, Haitians on my DJ Camillo shit. Yo @xmangmg I see you @unclemurda real men ain't back in style we never left I see you @therealtank my Brotha keepin real music alive I see you @world_tor wake up Time to lace up them boots I see you @buckdollars time to get active bro I see you. You already know what I rep Puerto Rico Hoooooo a Puerto Rico hooooooo. Good morning good evening, Good afternoon. All my ladies out there Lets get Active lets get motivated lets get money. # No hashtag fill in the blanks. M.O.G???

Why Was Cisco Rosado Arrested?

Last month, Cisco posted a picture of himself on Instagram in his orange jail jumpsuit. The picture has since been removed. Fans and viewers are still curious as to why he got locked up, but there has been no official statement made about what went on. Rumors circulated that was in prison, and not county jail. Some viewers are speculating that his arrest was an attempt to get promotion for the show, while others are still wondering what Cisco did to get himself behind bars. According to the post he allegedly took from within the jail cell, Rosado wrote that the guards were big fans of the show so they brought him his cell phone. Many believe it’s a bunch of bull, or maybe a publicity stunt, because it’s hard to believe the guards of a prison would just hand him over his cell phone to use.

#Birthday #2017 Thankful for another year on this earth. ????? Sometimes you gotta come down to earth and just be thankful. #GodisGoodAllTheTime

Cisco gained national attention for his relationship with Jennifer Williams. She is a former cast member of Basketball Wives, who was in the middle of her divorce from her former husband, former NBA champion Eric Williams. The relationship and complicated break up was aired on the reality TV series, and since then she has reportedly been dating Cisco. Cisco has also reportedly dated Diamond Strawberry, and rapper Mariahlynn. His relationship with Mariahlynn has also been full of drama, as he once claimed their relationship was to get back at music executive Rich Dollaz, also from Love & Hip Hop. Now, Cisco is dating Teairra on the show, who has just been outed to having a serious drinking problem.

It’s pretty crazy how much a reality TV star can make, but Cisco’s career involves more than entertainment television. His net worth is estimated at $3.0 million and it is attributed to his role as an entertainment and music executive, entrepreneur, and role as the Chief Executive Officer for CMG Entertainment.

Tea and champagne will be spilled on a NEW #LHHH this Monday at 8/7c!

Be sure to tune in tonight on VH1 at 8 p.m. EST to catch the next episode of Love & Hip Hop. This season stars Yandy Smith-Harris, Kimbella Vanderhee, Cardi B, Bianca Bonnie, Mariahlynn, Felicia “Snoop” Pearson, and Remy Ma. The season eight cast was revealed, but the show won’t premiere until 2018. The season eight cast members include Bianca, DJ Self, Dreamdoll, Lady Luck, Rich Dollaz, Somaya Reece, Yandy Smith, Kimbella/Julez, and Mariahlynn.