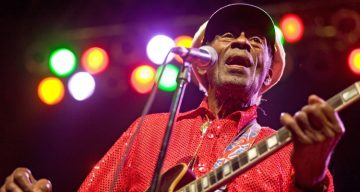 Singer, songwriter, and guitar legend, Chuck Berry died at the age of 90 on Saturday and fans are saddened to hear of his passing. He is the talent behind the classic songs “Maybellene,” “Roll Over Beethoven,” “Memphis,” “My Ding-a-Ling,” “Sweet Little Sixteen,” and “Johnny B. Goode.” To learn more about Chuck Berry’s family, music career, and awards, keep reading our Chuck Berry wiki!

Chuck Berry, née Charles Edward Anderson, was born on October 18, 1926, as the fourth child of six. The St. Charles County Police Department confirmed that the renowned singer/songwriter died on the afternoon of Marc 18, 2017, many sources citing Chuck Berry’s cause of death to be of natural causes. At the impressive age of 90, he lived a life most could only imagine. He spent the last 60-plus years in show business, becoming one of the first inductees into the Rock and Roll Hall of Fame in 1986. He was chosen by Carl Sagan to be a part of the golden record of Earth Sounds and Music, launched in 1977 with Voyager. He also entered The Blues Foundation’s Blues Hall of Fame in 1985 and won a Grammy Lifetime Achievement Award. Chuck Berry’s net worth at the time of his death is estimated at $10 million! 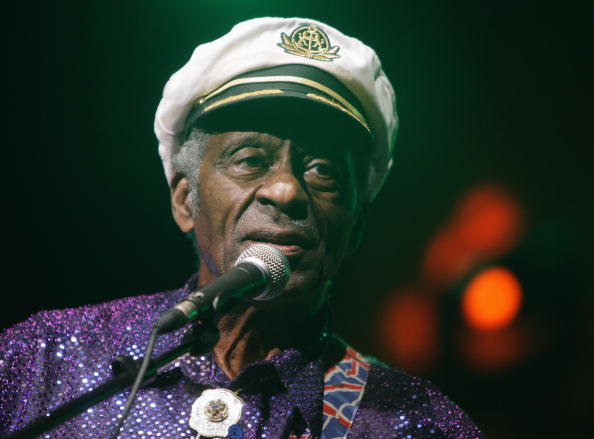 According to John Lennon, Berry was rock and roll. He once said, “If you tried to give rock and roll another name, you might call it ‘Chuck Berry.’” The king of rock inspired and paved the way for the Rolling Stones, the Beatles, the Beach Boys, Jimi Hendrix, Eric Clapton, AC/DC, David Bowie, and many other music legends of today. Chuck Berry’s songs topped music charts, sold millions of copies, and “Maybellene” allowed him to crossover his appeal beyond the R&B audience. 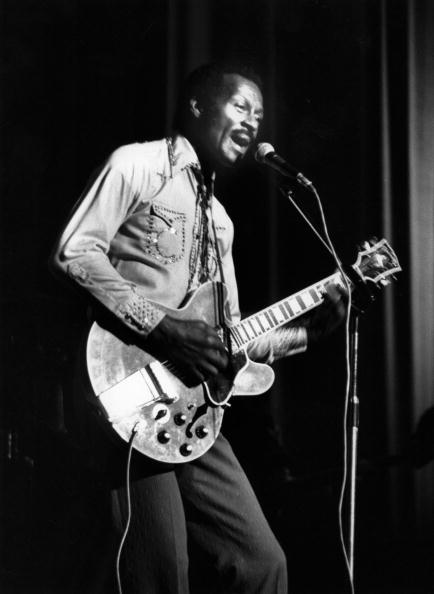 He was a Trend-Setter

One of Chuck Berry’s quotes, where he spoke concerning his appeal to adolescents across various cultural backgrounds was, “Everything I wrote about wasn’t about me but [about] the people listening.” He was able to identify and express what many people wanted to, but couldn’t, due to the time of segregation. He also inspired trends such as his legendary “duck walk,” which included hopping across the stage on one foot and bended knee, while spreading his legs and descending to the floor during an epic guitar solo. Some of his trademark moves have been copped by famous artists such as AC/DC’s Angus Young. 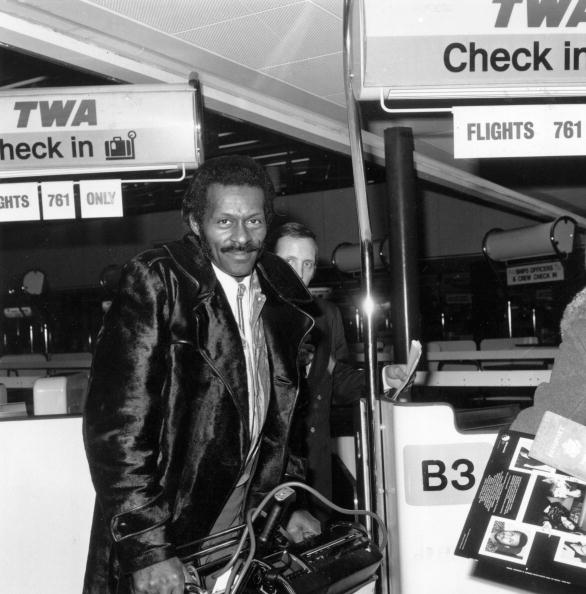 Chuck Berry and Angus Young: one cause, one move.#duckwalk pic.twitter.com/7w3CT02AnP

He was Inspired by His Wife for 68 Years

Aside from his five siblings, Chuck Berry also has four children of his own with his wife, Themetta Suggs, whom he married in 1948. Married for 68 years, Chuck Berry’s wife was one of his biggest inspirations, and helped him make it through a rough time in his life.  During this time, Berry worked in a factory as a janitor, and as a cosmetologist to support his family. After some time, he began working in the club circuit to earn extra cash, partnering with pianist, Johnnie Johnson. They later joined the Sir John’s Trio, which eventually became known as the Chuck Berry Combo. Chuck Berry’s children are Charles Berry Jr., and daughters Darlin Ingrid, Aloha, and Melody Exes.

Chuck Berry at 90 years of age has been married to Themetta Suggs since 1948 and they’re still together after more than 68 years.#love pic.twitter.com/1lbdgCiscu

He was Arrested Multiple Times

Chuck Berry had his fair share of run-ins with the law. In 1944, he was arrested for armed robbery while still a student at Sumner High School. Then, for 20 months between 1960 and 1963, Chuck Berry was arrested and spent time in federal prison after being convicted of charges violating the Mann Act. He was charged for transporting a 14-year-old girl across state lines allegedly for “immoral purposes,” however, Berry contended he only offered legitimate employment in his nightclub in St. Louis, after meeting Janice Norine Escalanti in Juarez, Mexico. The young girl went to the St. Louis police and told a different story, leading to his arrest two days later. According to reports on the trial, there was racism involved on the part of the judge and jury, which led to Berry appealing the decision twice. In 1990, police raided his house after he was accused by several women of setting up a video camera in the women’s washroom at his restaurant, The Southern Air in Missouri. Berry claimed it was to catch a worker he suspected was stealing from his restaurant. During the police raid, the officials found 62 grams of marijuana and after further complications, he was given a six-month suspended jail sentence and two years of unsupervised probation. He also had to donate $5,000 to a local hospital.

By 2012, Berry had to slow down. He told Rolling Stone at the time that his singing days had passed. He did, however, continue to perform, but mostly with the support of his reliable Gibson guitar and back-up bands. The Rolling Stones’ Keith Richards once said Berry was the “epitome of rhythm and blues playing.” The star will greatly be missed by loved ones and fans worldwide. 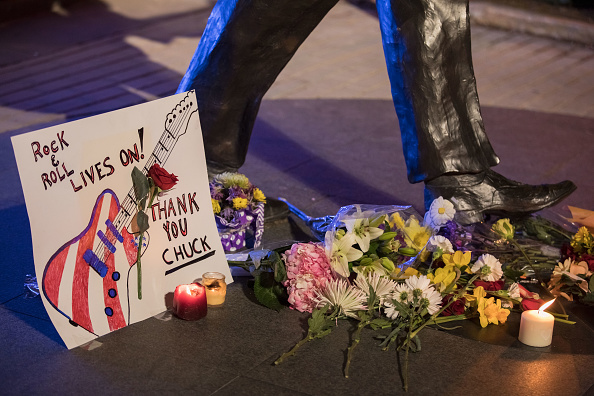