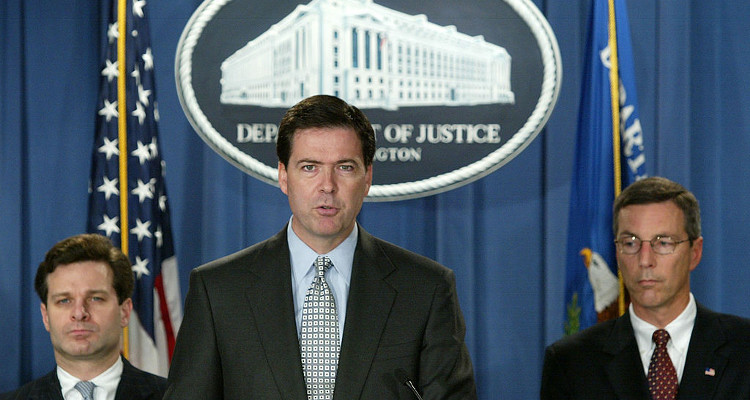 U.S. President Donald Trump announced Christopher Wray as his nominee for the FBI Director post via Twitter on Wednesday morning. In his tweet, the Trump described Wray as “a man of impeccable credentials.” Whereas The New York Times described him as a “safe, mainstream pick.” Who is the potential new FBI director? Read our Christopher Wray wiki to know more.

Born in 1967, Christopher Asher Wray is a lawyer, who was an Assistant Attorney General of the Criminal Division under the George W. Bush administration from 2003 to 2005. Currently, he is a partner in the private law firm, King & Spalding. He lives in Georgia and is married with two children.

Wray graduated from Yale University in 1989 and later earned his law degree in 1992 at Yale Law School. While there, he was the executive editor of the Yale Law Journal and, after graduating, spent a year clerking for Judge J. Michael Luttig of the U.S. Court of Appeals for the Fourth Circuit.

On June 7, 2017, President Donald Trump announced via Twitter that he is nominating Christopher Wray as the next Director of the Federal Bureau of Investigation. This comes one month after James Comey was fired from this post.

In 2003, Wray was nominated for the post of assistant attorney general in charge of the Justice Department’s Criminal Division by President George W. Bush. In 2005, he received the Edmund J. Randolph Award, the department’s highest award for public service and leadership.

After serving in the U.S. government, Christopher Wray joined King & Spalding as a litigation partner in the firm’s Washington, D.C. and Atlanta offices in 2015.

While there, he acted as New Jersey Governor Chris Christie’s attorney during the Bridgegate scandal. During the trial, defense attorneys looked for Christie’s missing cellphone for access to his inner circle. The evidence surfaced two years later in Wray’s possession. Though a subpoena was filed, it was denied by the judge so the contents of the phone were never seen.