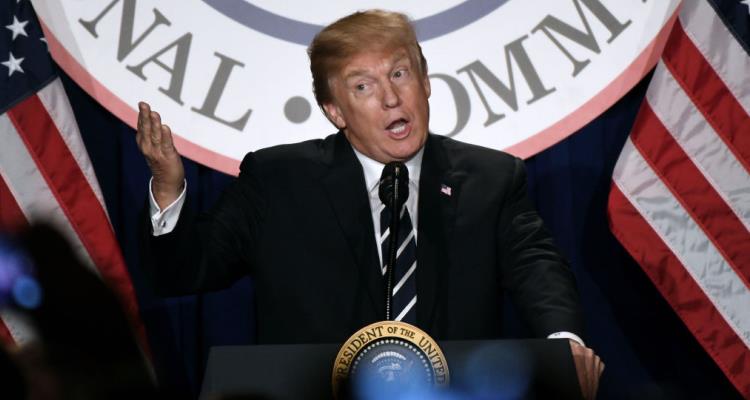 Who Is Christopher Steele?

Founding director of Orbis Business Intelligence, Christopher Steele was born on June 24, 1964, in Aden, Yemen and is a former British spy. He is one of three children and his siblings, sister Alison and Claire. The Girton College alum was married to his now ex-wife, Laura Steele from 200-2006. Now, he is married to Katherine Steele. His children are Georgina, Matthew, and Henry.

After weeks of build up, the Nunes memo was released on Friday and many came to the conclusion that it was anti-climactic. The now-declassified report accuses several former and current FBI and Justice Department officials—including James Comey, Andrew McCabe and Attorney General Rod Rosenstein—of approving to put Trump’s campaign adviser, Carter Page under surveillance, without his knowledge. It also revealed that Steele, who authored the dossier, was paid by Democratic sources and had bias toward the president.

Earlier in December, McCabe testified that the warrant couldn’t exist without the dossier, but it wasn’t noted in the four-page memo that Page was on the FBI watch list after he was the subject of recruitment by a Russian spy in 2013.

Steele was suspended and terminated as an FBI source in October of last year, for disclosing his ties to them without authorization in a 2016 Mother Jones article. Christopher Steele’s Fusion GPS involvement was also concealed by FISC.

Trump and the Memo

According to reports, Trump wanted the memo released and believes that the report is proof that the Deep State is out to get him. The president already has a strained relationship with the FBI, including its head, Christopher Wray.

“With regard to the House Intelligence Committee’s memorandum, the FBI was provided a limited opportunity to review this memo the day before the committee voted to release it,” the FBI said in a statement. “As expressed during our initial review, we have grave concerns about material omissions of fact that fundamentally impact the memo’s accuracy.”

Naturally, the president took to Twitter, earlier Friday morning regarding the Nunes memo.

“The top Leadership and Investigators of the FBI and the Justice Department have politicized the sacred investigative process in favor of Democrats and against Republicans – something which would have been unthinkable just a short time ago. Rank & File are great people!”

Comey also tweeted after the memo was released, writing: “That’s it? Dishonest and misleading memo wrecked the House intel committee, destroyed trust with Intelligence Community, damaged relationship with FISA court, and inexcusably exposed classified investigation of an American citizen. “For what? DOJ & FBI must keep doing their jobs.”

The memo’s findings and credibility are still being questioned by both Democrats and Republicans.