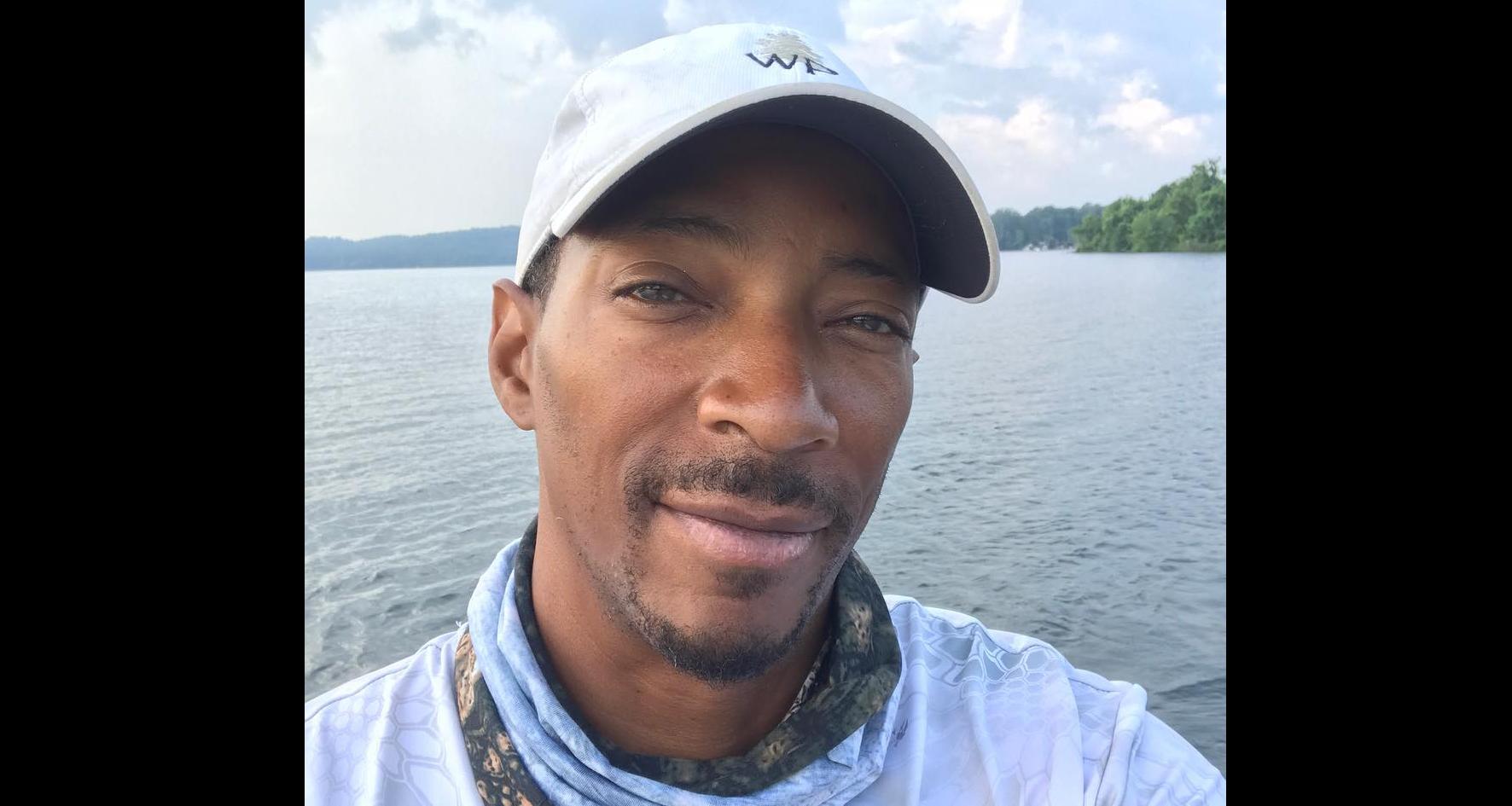 Christopher Morgan is a performer who’s all about his art. Married to Facts of Life star Kim Fields, he became the subject of reality TV gossip in 2016 when Kenya Moore questioned his sexuality on The Real Housewives of Atlanta.

Kim Fields and her husband, Christopher Morgan, were done with the drama after just one season of The Real Housewives of Atlanta. But the Facts of Life star is ready to once again feud on TV, this time, against Vanilla Ice and his family.

Along with her mother, Chip Fields, and sister Alexis Fields, Kim Fields and Christopher Morgan are heading to Celebrity Family Feud on August 26! Sounds like a good excuse to throwback to Christopher Morgan’s sexuality drama on RHOA.

Kim Fields joined the cast of The Real Housewives of Atlanta season 8 in 2015 and perhaps regretted it immediately. She locked horns with Kenya Moore on a few occasions, but their feud came to a head when Kenya stirred up explosive rumors about Kim Fields’ husband.

Christopher Morgan didn’t appear on the show, but he made his presence felt. During the RHOA ladies’ Jamaica trip, Moore claimed there was gossip in the entertainment industry that Morgan was gay.

“I know y’all have heard the rumors. They call him Chrissy,” Kenya said by the hotel poolside while Fields was nowhere within listening distance.

She even claimed that he might be a “broadway actress.” While the other ladies piled on with jokes of their own, Cynthia Bailey and Sheree Whitfield were uncomfortable with the jokes about Morgan’s sexuality.

When the same ladies had a different stance on Chris in front of Fields, Sheree spilled the beans to Kim. And obviously, she was not pleased.

That led to Kenya beefing with Kim and Cynthia during the trip. And Chris Morgan himself also responded to Kenya’s claims.

“I felt immediately it was going to be important for me, at some time, to set the record straight that she had fabricated the entire conversation. There is no one in the industry that calls me anything other than my name, especially to my face,” said Chris.

Kenya claimed she heard the rumors about Chris Morgan’s sexuality when she appeared on Fields’ Fox sitcom, Living Single (1993-1998). But in actuality, Kim and Chris weren’t together at that time. She was married to film producer Jonathan Freeman from 1995 to 2001.

Chris said that there were all kinds of rumors about him when he began dating Kim.

“Was I a deadbeat? Was I broke? Was I a drug addict? Was I a homosexual? There were all kind of rumors about me because nobody knew who this guy was dating, and eventually marrying, Kim Fields,” he said, adding that Kenya latched onto one aspect of the rumor and ran with it.

After dismissing Kenya’s attempts at vengeful gossip, Kim and Chris decided they were done with RHOA. Kim left the show after only one season, deciding she likes her television work “scripted.”

Kim Fields and her then fiancé, Chris Morgan, welcomed their first child, a boy they named Sebastian Alexander Morgan, on May 4, 2007. The couple introduced their child a few days later in People magazine.

It’s not known when and how Kim and Chris met, but they decided to have a child after being together for “a couple of years.” 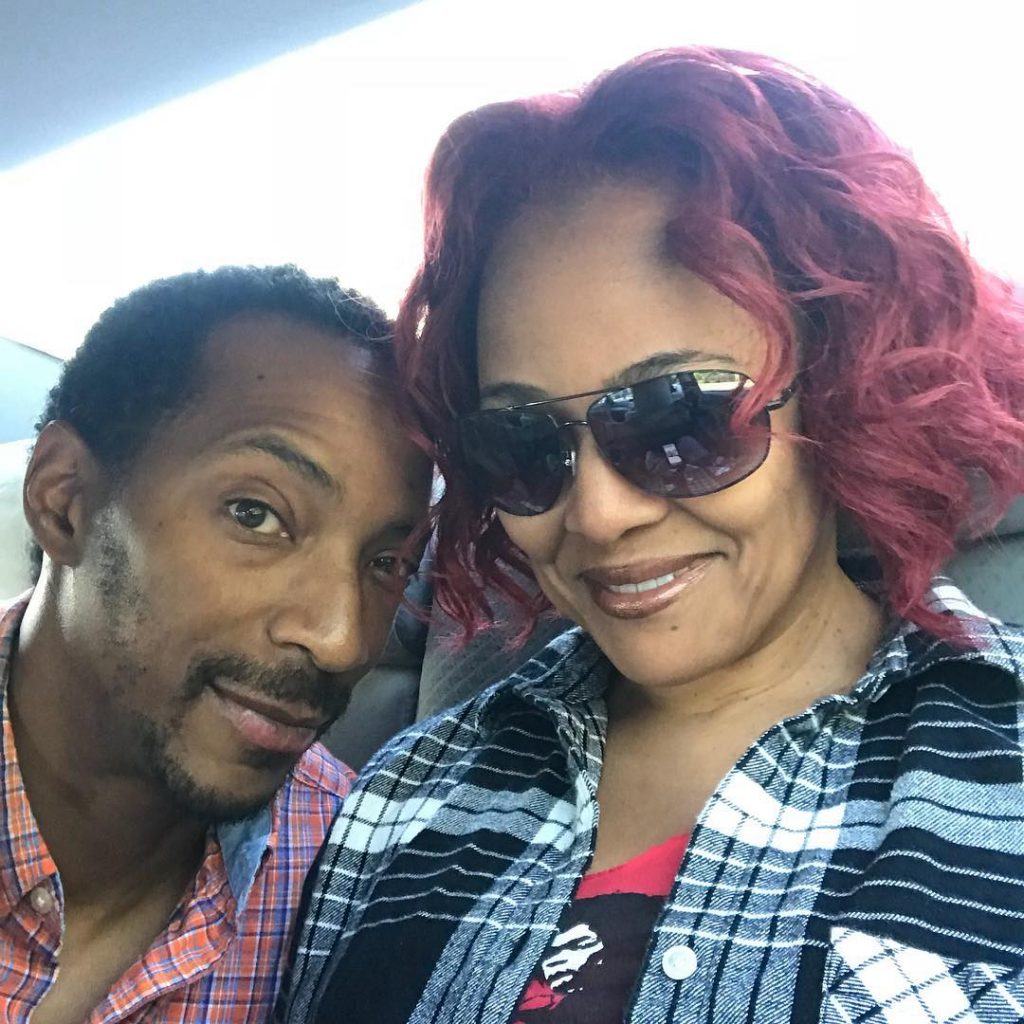 After Sebastian was born, they tied the knot on the down-low in July 2007. Grammy-winning gospel singer Pastor Donnie McClurkin wed them in a private ceremony that only included Kim, Chris, their son, and a family friend.

According to reports, Kim suffered two miscarriages when they were attempting to have a second child. Finally, at 44 years old, Kim found out she was expecting a second time! 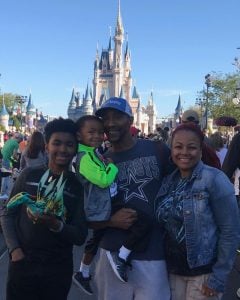 Chris Morgan is a lot more talented than most of the Real Housewives who put out singles and tried to launch their own music careers. He can sing, act, and dance, and even sings in church.

The 40-year-old performed in the 1999 Broadway revival of Kiss Me, Kate. He also has other off-Broadway credits like Dreamgirls, Purlie, and From My Hometown.

Chris also sang and danced in the 2005 musical comedy, Romance & Cigarettes. He had another supporting role in the sports flick, Blood of a Champion.

He’s been performing professionally for more than two decades. For the duration of his entire stage career, he dated and then married Kim Fields.

Chris was even mentored by Kim’s Facts of Life co-star, Charlotte Rae, before he was married. Rae passed away on August 5, and the couple paid tributes to her on Instagram.

Kenya Moore faced a lot of flak from Andy Cohen and RHOA viewers for making Christopher Morgan’s performing career sound emasculating. But Chris didn’t delve too much into it because Kenya Moore isn’t Kenya Moore if she doesn’t offend an entire group of people in one breath!

As for her implication that all male performers are gay, he said that a lot of his colleagues and friends are gay and he loves them all.

“I know that they were offended by the statements made. And it’s disappointing to me that someone would make such reckless statements without thinking of the true repercussions of it,” he said back then.

Since then, Chris and Kim have sworn off reality TV. However, they’re going to all set to take on Vanilla Ice and his brood on Celebrity Family Feud. At least it will be fun and games instead of petty drama!