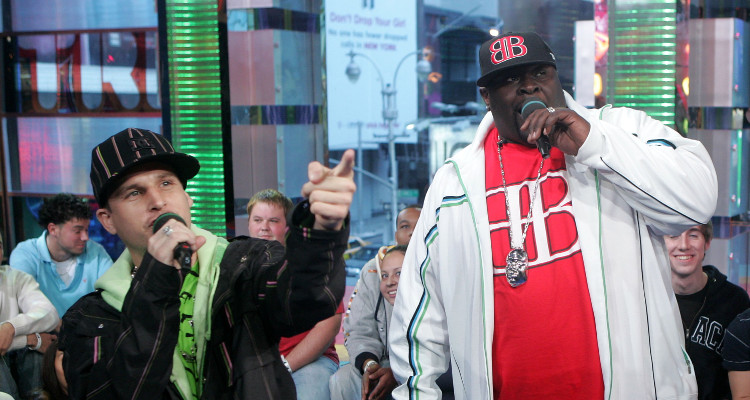 Christopher Boykin was famous as Big Black on the show Rob & Big. He passed away on Tuesday at the age of 45, and is survived by his wife, Shannon Boykin, and their daughter.

He brought us laughter on Rob & Big as the famous bodyguard-turned-celebrity. Big Black passed away on Tuesday (May 9) leaving behind his dear friend, Rob Dyrdek and his family who mourn his passing. If you’re having trouble placing him, think back to the days of MTV’s most hilarious reality TV duo, Rob & Big. Christopher “Big Black” Boykin is survived by his wife and daughter. Take a look at what Boykin’s family life was like and more about Big Black’s wife in our Shannon Boykin wiki.

Shannon Boykin tends to stay out of the limelight, so it is difficult finding much credible information on her. Even her early life and age is a mystery! But we do know that she and Christopher Boykin were dating for a long time. She was pregnant with their first child when Boykin was filming Rob & Big. They got married in 2008 in a private ceremony.

Chris and Shannon were dating while Rob & Big was on air. The show followed the outrageous adventures of Rob Dyrdek and Big Black as they broke Guinness World Records, skateboarded, and did other outlandish yet hilarious things. The show aired for three seasons but ended after the two began butting heads.

Shannon was expecting the couple’s first child when the show was being filmed, and Isis Rea Boykin was born in February 2007. The following year, Shannon and Chris married, and Boykin decided to focus on his family.

Reports at that time attributed his exit to friction between him and Dyrdek. The former skateboarder went on to star in his solo MTV shows, Fantasy Factory and Ridiculousness. Boykin made cameos in initial seasons of both. He and Rob also patched things up after their brief split.

His Daughter was the Star of His Social Media Accounts

Shannon keeps herself away from the public eye, not being in any of Boykin’s social media posts. She did, however, attend a few red carpet events with her husband. But their daughter is the one who possibly enjoys the attention. Isis Boykin made her TV debut as a baby on Rob & Big, something even her mother didn’t accomplish.

Boykin also loved posting adorable pictures of his daughter on Facebook and Instagram. While he had a lot of funny posts on Instagram, his Facebook was almost entirely dedicated to Isis. There are several photos of her —especially playful ones with her dad. She looks like she has all the makings of a social media star with her father’s winning personality. Last Father’s Day, Boykin wrote, “Daddy & Daughter All Year long Every Day is Fathers Day love you Isis….”

How Did Big Black Die?

Chris Boykin’s sudden death was confirmed to the media by a rep for the family, saying that a heart attack was the initial cause of Big Black’s death. However, an official report has not been disclosed.

Boykin was 45 at the time of his death. He is survived by Shannon and Isis, who is nine years old now. Rob Dyrdek also paid tribute to his friend with a series of posts and pictures on Twitter.

Our thoughts and prayers go out to Shannon and Isis during this difficult time.