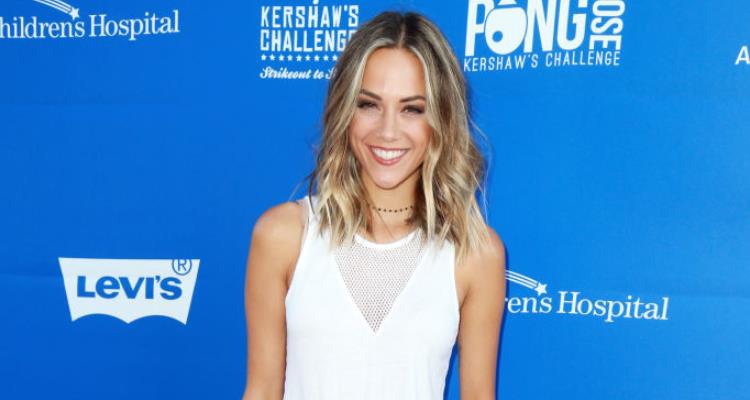 One Tree Hill actress Jana Kramer, 33, is back in a new holiday TV movie! She will be playing photographer Holly Logan, who returns from her hometown of Gulfport, Mississippi for the holidays to help resurrect the town festival, after the area was destroyed five years earlier from a terrible hurricane. During her efforts, she is forced to work with the man who broke her heart, Mike, and as she begins to develop a newfound love for her hometown, feelings for Mike also begin to resurface! Kramer took to Instagram to share the Christmas in Mississippi trailer saying, “My movie trailer!!!!! It’s December!!!! Which means my @lifetimetv movie premiers this month! December 9th. 8/7c. Hope you love it as much as I do!!!” She certainly is excited for this project of hers and we can’t wait to see her star in it!

Madisonville-based producer Daniel Lewis says the story tells of “a true Christmas in the South. Everyone who’s lived in the South long enough knows we rarely have a white Christmas.” He added that the new movie will be a “change of pace” from the traditional snowy Christmas movies. Despite the lack of snow, Gulfport Mayor Bill Hewes said the show succeeded at creating its own version of holiday magic. “It’s well shot, the setting is great, the light looks great–the city really shines in this story, and it’s well cast. I think it’s going to be a very likable holiday movie hopefully for years to come.” The cast members also include Wes Brown as Mike, Faith Ford as Caroline, and Trace Masters as Jack.

What Is This Adorable Holiday Flick About?

According to the summaries given online (which really don’t reveal too much), Christmas in Mississippi centers around the character of Holly (played by Kramer) who returns to her hometown to help with a light show. But when she sees Mike (her high school sweetheart who scorned her) is organizing it, she has second thoughts about helping out. With help from her mother and Mr. Kriss, Holly falls in love with the town, and Mike, all over again. Yes, it sounds like the ultimate holiday chick-flick and fans are eating it right up!

Christmas in Mississippi on Lifetime

Christmas in Mississippi will be the third Lifetime movie shot in Gulfport after Nanny Seduction and A Deadly Affair, which aired earlier this year. This December, the network is featuring a whole lineup of original Christmas movies! The movies began showing on November 25 with Wrapped Up in Christmas, starring Tatyana Ali and Brendan Fehr. The following day, the network aired A Very Merry Toy Store with Mario Lopez and Melissa Joan Hart. Four Christmases and a Wedding aired December 2, and on December 3, My Christmas Prince aired, starring Alexis Knapp from Pitch Perfect. This Saturday, fans can enjoy Christmas in Mississippi! Last, but not least, the network will air Snowed-Inn Christmas on December 16. Lifetime will also air six mini-movies after each original film, to give viewers an extra special Christmas treat! The movies include A Family for Christmas, The Snowman, The Ugly Christmas Sweater, Dear Santa, Holiday Trap and Christmas Grandpa.

Kramer’s new movie will be a nice surprise for her fans, as she’s also been juggling life as a wife and mother. The actress often posts photos on her Facebook with her husband and their adorable little daughter (and even some photos of their puppy!) It seems there’s never a dull moment for Kramer, and as she celebrates the holidays with her family, they can also tune into Lifetime to watch her new movie!

A family worth fighting for…

If you want to see Kramer back on the small screen and watch this new Lifetime movie with your loved ones, tune into the network tonight, on Saturday, December 9 at 7:00 p.m. EST!