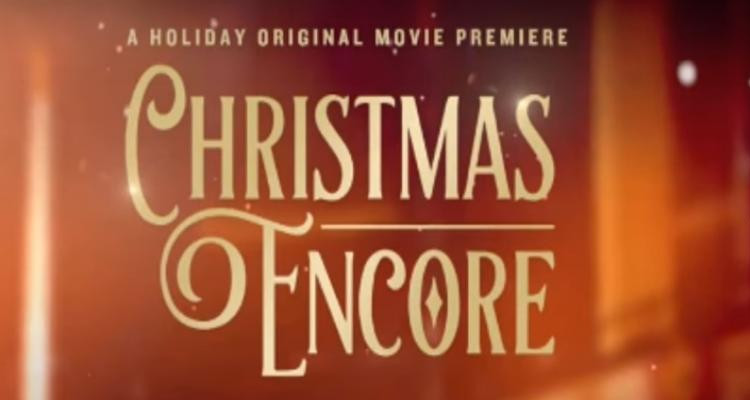 Holiday movie junkies unite! Hallmark is counting down the days to December 25 by bringing the warmest Christmas movies to your TV. Up next on your holiday must-watch list is Christmas Encore. So, keep reading to know who is in the cast of Christmas Encore.

Hallmark Movies and Mysteries is your go-to source to curl up on your couch with a warm blanket for some winter television watching. This weekend, Hallmark brings some winter magic to keep you snug until Christmas.

Christmas Encore is the latest Hallmark movie offering you need to watch, because you’re going to love who’s in it. Check out the Christmas Encore cast members right here.

If she sounds familiar, you probably remember her from USA Network’s Psych as detective Juliet O’Hara. Maggie Lawson’s entertainment career began as a youth journalist for a local Fox station before she starred in the Disney Channel movie, Model Behavior, with Justin Timberlake.

Me with straight short hair

Lawson is most famous for Psych and Crumbs. After the series ended, she was Back in the Game, literally, with the ABC sitcom. We also last saw her in a season-long stint on Two and a Half Men.

Psych fans are psyched to know that Lawson resumed her role as Juliet O’Hara for Psych: The Movie, which premiered on the USA Network on December 7. And if we’re lucky, the series creator, Steve Franks, might make more movies for the show.

In the meantime, we can enjoy some holiday fun with Lawson on Christmas Encore. She plays a struggling actress in New York, Charlotte Lacy, who gives acting one last shot before she retires and finds a job that pays the bills.

Charlotte lands a role in a production of the Christmas Carol at a historic theater. But when news hits that the theater will be closing down, our heroine is going to bring on a Christmas miracle that will have everyone shouting, “Encore!”

Brennan Elliott has had a lot of experience playing a TV doctor on Lifetime’s Strong Medicine. The Canadian actor made a home in Los Angeles, where he studied at the prestigious Eric Morris Actor’s Workshop. He’s had small but memorable roles on shows like Monk, House MD, Criminal Minds, CSI, The 4400, Private Practice, and Grey’s Anatomy.

The actor starred opposite the stunning Brooke Shields in Flower Shop Mystery movies and has returned with his latest Hallmark film, Christmas Encore, alongside Maggie Lawson. He portrays Julian Walker, a mega TV star looking for the next big thing. So, Julian sits in the director’s chair to produce a performance of the Christmas Carol starring Charlotte.

Julian has a history with Charlotte and not a good one because he ends up getting famous for an opportunity she passed up. His directorial venture is about to end when the theater’s lease ends, but Lacy won’t allow the show to close. And, we can count on some winter romance along the way!

Christmas Encore premieres on December 9, at 9:00 p.m. EST on Hallmark Movies and Mysteries.