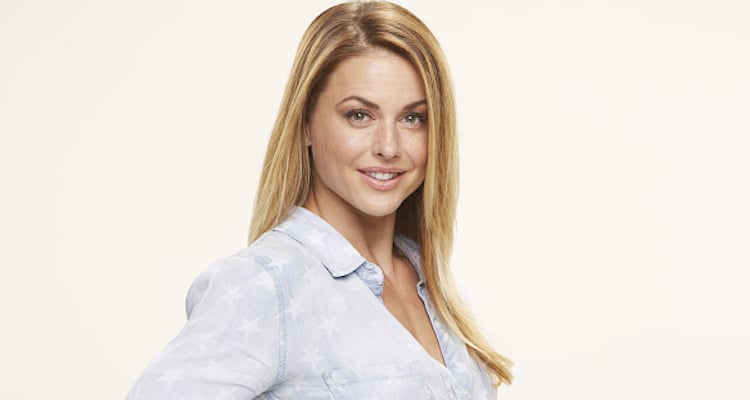 It’s only summer, but Christmas from Big Brother 2017 is bringing some holiday cheer to the Big Brother house. Our wiki of Christmas Abbott is going to tell you all about this member of the BB season 19 cast, who is a fitness superstar from Virginia. Here’s what you need to know.

Fitness girl Christmas Abbott, is actually quite famous. She has 426,000 followers on Instagram, and 45,400 followers on Twitter. She started a company called Badass Body Life, and wrote two books in relation to it, national bestseller The Badass Body Diet, and The Badass Life. According to her bio, Christmas Abbott is a CrossFit games athlete, author, and was the first female NASCAR Sprint Cup pitch crewmember. She completely transformed from her former life as an Iraq-war civilian contractor, a time when chain-smoking, alcohol, and drugs were her means of getting by. Now, the competitive weightlifter spends a lot of her time being a motivator and an inspiration on social media, and maintains a blog on her website where she offers advice to people aspiring to get fit and healthy. She also hosts a free webinar, and provides consulting calls. Christmas Abbott’s net worth has not been released.

Christmas Abbott’s Instagram reveals her to have experience with fitness modeling as well. If you want to see hot pics of Christmas Abbott, just check out her social media channels. She has a full set of abs, strong arms and legs, and a terrific smile. No wonder so many people are flocking to her website for fitness advice!

Just 3 days left to sign up for my June @barbellabox ? I'm so excited about this one! Pssssst it includes an exclusive release of my supplement line coming SOON. #linkinbio

She has been featured on POPSUGAR, People, Shark Tank, Cosmopolitan, Sports Illustrated, STRONG magazine, and Fitness Gurls. She’ll have a lot to bring to the table in the Big Brother house because of her experience and advocacy for being strong in mind and body. About the strategy for winning the game, she said the following in her bio, “[I’ll] use my ability to read personalities and know what people need emotionally, so I can almost be a mentor. I will also stay under the radar as a threat or drama queen. The physical and mental games are the easy parts.”

Christmas Abbott’s age is 35, and in an interview with the Charlotte Observer, she expressed that she is already starting to feel her age as an athlete. Even though her body is telling her she’s had enough, her mind is not done yet. Compared to the other cast members, she seems to be getting a bigger audience this summer. She did a phone interview that lasted over 40 minutes with the publication to promote her second self-help book, only three weeks before her appearance on Big Brother was announced.

Being #badass isn’t always easy, but it’s a hell of a lot of FUN! Tag your most badass friend and join my BBX challenge today? #linkinbio

In the interview, she explained how she defines the word she has incorporated into her business and two book titles, “For me, ‘badass’ isn’t about being edgy, or having tattoos, or being totally ripped… ‘Badass’ is a mental state. It is how you approach things. And that doesn’t necessarily mean aggressive. I mean, ‘badass’ as in having that mental tenacity to make it through any situation, and being able to see the positive in any situation.” She added that to her, the word refers to times when, “The world is throwing a whole bunch of crap at me right now, but no matter what, I’m not gonna allow that external situation to determine my internal being.’ When you have that mentality and that mental fortitude, that’s ‘badass.’”

Perhaps the most inspiring and dedicated cast member on the show this season, fans are certainly excited to see what other amazing qualities they will get to learn about Christmas Abbott on Big Brother.