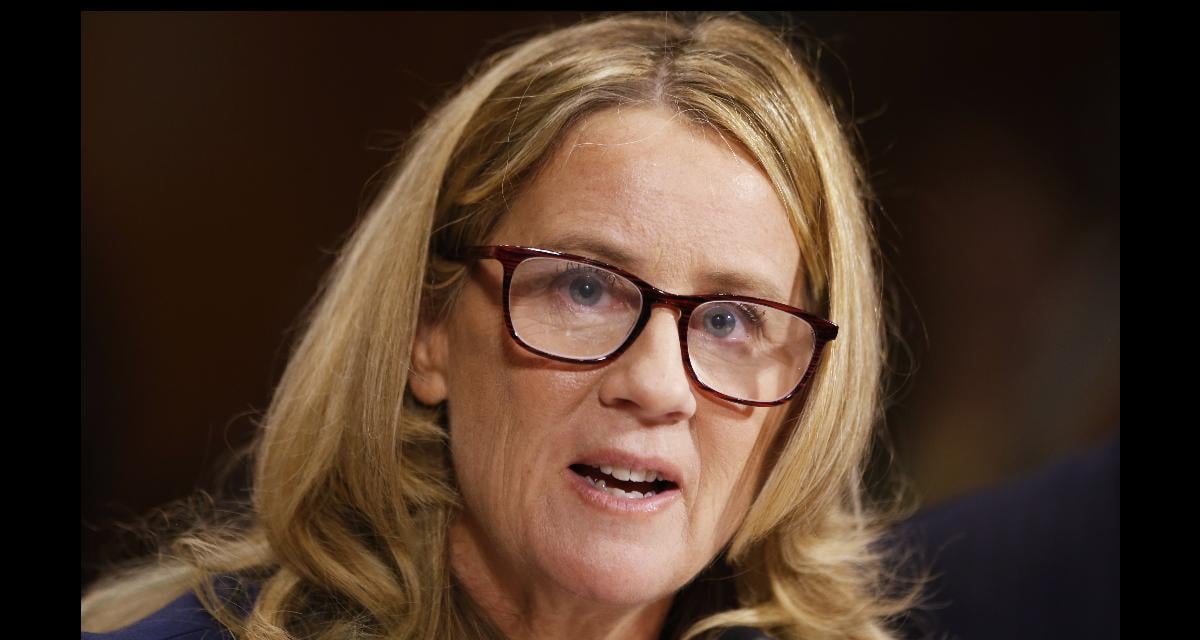 Dr. Christine Blasey Ford speaks before the Senate Judiciary Committee hearing on the nomination of Brett Kavanaugh to be an associate justice of the Supreme Court of the United States, on Capitol Hill September 27, 2018 in Washington, DC. (Photo By Michael Reynolds-Pool/Getty Images)

Christine Blasey is receiving a ton of support from her friends and family members, after she revealed that Supreme court nominee Brett Kavanaugh allegedly sexually assaulted her in high school. Her husband, Russell Ford is backing up her claims and fully supporting his wife at this time. Amid all the chaos, Christine Blasey Ford’s parents have not yet released a statement on the matter that occurred back then, leaving many to wonder about them and who they are. If you want to know more about Christine Blasey Ford’s family, we have the details for you here.

According to sources, Russell Ford and Christine Blasey met each other on a dating website. For their first date, they went for dinner but it was their second date, where the two went surfing, that really sealed the deal as sparks flew between them.

Their wedding announcement was published on Gazette.net, which states Ford’s full name as Russell Biddle Ford. His father’s name is John Bailey Ford who hails from Scottsdale, Arizona and his mother is Mrs. Ruth Guthery of Wyckoff, N.J.

Christine and Russell got married in June 2002, and now they have two teenage sons. Reportedly, all the family members are avid surfers.

But Russel was unaware of the trauma Christine endured as she never mentioned it while they were dating. He submitted an affidavit that said, “The first time I learned that Christine had any experience with sexual assault was around the time we got married, although she did not provide any details.”

“She said that in high school she had been trapped in a room and physically restrained by one boy who was molesting her while another boy watched.”

He further added, “She said she was eventually able to escape before she was raped, but that her experience was very traumatic because she felt like she had no control and was physically dominated.”

Russell Ford Has a Ph.D. In Mechanical Engineering

He has a Ph.D. in Mechanical Engineering from Stanford University. His LinkedIn page states that the “coursework during [his] MS and Ph.D. also included depth in material science and mathematical statistics.”

It seems like his LinkedIn account was last updated in 2016. After completing his education, Russell worked as a Principal Engineer at Cygnus for six years and five months.

Later on, he worked as a Principal Engineer, Research and Development at Boston Scientific for two years and five months.

Then, for four years, Russell worked as a Director, System Design and Development at Zosano Pharma, Inc, which was formerly known as The Macroflux Corporation.

Ford has worked as a Director at Abbott Medical Optics for almost three years. He was also a Sr Director, System Design and Development at Zosano Pharma.

Actress and singer Bridgit Mendler, who started her career in the animated movie The Legend of Buddha, is Blasey Ford’s niece. Throughout her career, Mendler has worked in films such as Alice Upside Down, The Clique, and Labor Pains.

She has also worked on a number of Disney Channel series like Wizards of Waverly Place and Good Luck Charlie. Other series she can be seen in include Undateable and Nashville.

Christine’s Is a Sister of Lawyers

Blasey Ford’s father Ralph G. Blasey Jr. was a former golf club president of the exclusive, all-male Burning Tree Club. Her mother is named Paula Blasey was known at the country clubs and well-liked. In fact, the family as a whole was quite elite growing up.

Her brother, Ralph G. Blasey III is also a lawyer. There were rumors that Blasey III has ties to Fusion GPS. However, these rumors were shut down by a website stating that “Ralph Blasey indeed worked at BakerHostetler. But he left nine years before the law firm hired Fusion GPS, a consulting firm, to assist with a Russian money-laundering investigation.” Growing up, the Blasey children attended same-sex private schools, where Christine Ford (known then as “Chrissy”) became quite popular among both the teachers and fellow students. They were a family liked by all.

According to an interview by The Washington Post, “There were definitely those families that had a little controversy, like the parent who drinks too much or the son who was caught stealing from the men’s locker room, but that was not the Blasey family. They were just average for the club.”

According to reports, she has another brother named, Tom who works as a lawyer in the Washington D.C. area.