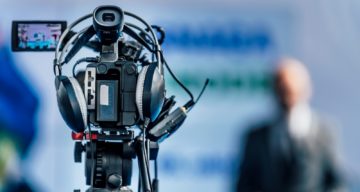 Christina Pascucci has been Los Angeles’ premier news source for over a decade. And now that era is coming to a close. Christina Pascucci announced she is leaving KTLA-TV in July 2022. L.A. residents were naturally surprised by the news. Most importantly, they want to know why she is leaving the station where she worked at for most of her career and where she is going next. The Emmy Award-winning anchor had answers to most of her followers’ questions.

L.A. native Christina Pascucci received a BA in Journalism with a minor in Spanish and International Business in 2007 from the University of Southern California. After working at stations in Reno, Nevada, and Palm Springs, California, she joined KTLA-TV’s on-air team in 2011—the same station she interned at when she was 19.

While bringing groundbreaking news coverage to L.A. residents, she also trained for and obtained her pilot and scuba licenses. Since 2018, she’s held a side job as a county commissioner for the aviation commission at the County of Los Angeles Department of Public Works.

Most recently, the Emmy Award-winning journalist was one of the reporters on the ground in Ukraine, reporting from the frontlines of the conflict. She is also at the helm of humanitarian efforts and brings human interest issues to the forefront through investigative reporting.

The local community admires this talented and progressive journalist for good reason. That’s why KTLA-TV viewers were saddened when she announced her departure from the station after 11 years. Her last day on-air was on July 17.

KTLA-TV provided highlights of Pascucci’s career from the archives for a fitting farewell montage before she signed off. However, the station and the TV anchor have not stated the reason for her departure.

Pascucci hinted at something she has in the pipeline. She will reveal her next venture at a later date. So keep checking her official social media for an update.

Fans can take comfort that she has not hinted at leaving the city. Pascucci is involved with several local philanthropic organizations, and she is not going to leave those positions any time. Moreover, her husband, Austin Gispanski, has a job also based in Los Angeles.