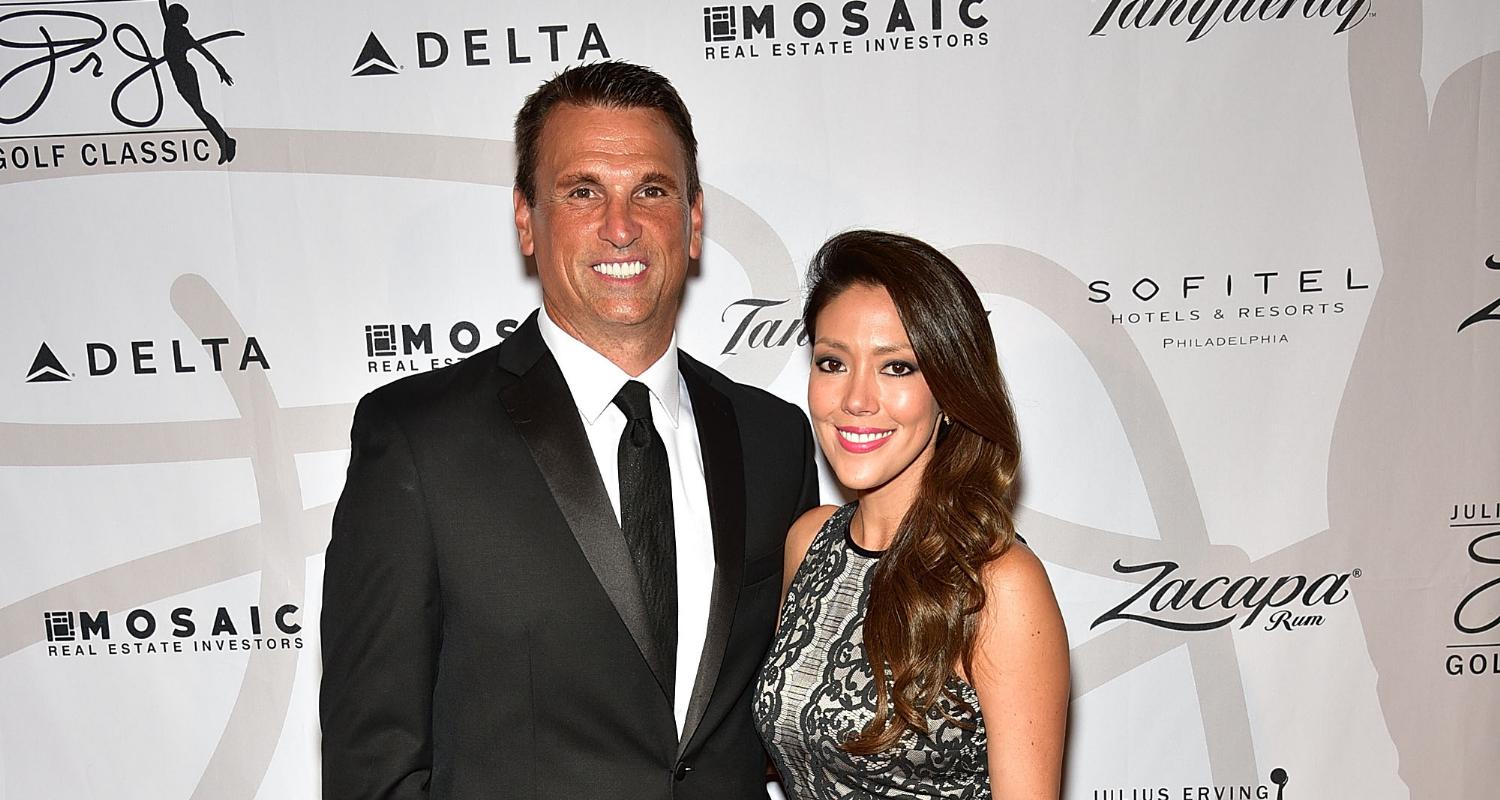 Legendary Philadelphia NBA player, Tim Legler has been a staple of the ESPN newsroom since stepping off the court. He’s married to Christina Legler, a former cheerleader, who has a lot in common with him.

Tim Legler went from a legendary three-point shooter to a popular ESPN analyst. But even if he’s not a professional NBA player anymore, he has his own cheerleader to keep his spirits up! Christina Legler is the beautiful, supportive wife of the former NBA player. Our Christina Legler wiki celebrates this self-made and inspiring woman with accomplishments matching her husband’s.

Who Is Christina Legler?

Her Instagram bio states that she has Eurasian heritage. Going by the national flags she added, her family’s ancestry can be traced to the United Kingdom, Germany, and South Korea.

And she’s not one to be messed with, either. Fuller has a third-degree black belt in Taekwondo!

Fuller attended La Salle University in Philadelphia, where she acquired a degree in marketing-organizational management. She briefly worked as a management trainee at Bally’s Total Fitness.

La Salle is also Tim Legler’s alma mater, which he attended on a full basketball scholarship. He was Academic All-American during the four seasons from 1984 to 1988.

Christina Fuller began her cheerleading career in 2002 with the Philadelphia Eagles. Tim Legler retired from professional playing in 1999, but he played for the city four times.

Back in 2001, two unnamed Eagles cheerleaders filed a lawsuit claiming visiting teams would peep at cheerleaders as they showered and changed clothes. Critics found the lawsuit, as the 2003 book Cheerleader!: An American Icon put it, “ironic” after the Eagles cheerleaders put out a lingerie calendar that featured Christina Fuller.

But Fuller told the book’s authors that the calendar was “something beautiful, very tasteful… It’s not some kind of low-class calendar.”

She kept her cheerleading spirit even after she left the team in 2007. Between 2004 to 2006, she was an account manager at Autobytel. Since 2009, she has been coaching the cheerleading team at Clearview Regional High School in Mullica Hill, New Jersey, where the Leglers currently live.

She went from winter head coach to varsity cheer coach. Her social media activity proves that Fuller is very proud of her students.

Outside of cheerleading, Christina Fuller has entrepreneurial interests. She is the founder of Varsity Chic, an accessories line sold on Etsy. The collection included sporty and pet-inspired pieces.

Fuller is also an independent beauty consultant at Mary Kay cosmetics. She writes in her “About Me” section, “The most important mile in our business walk is the ‘extra mile,’ the one called service.”

She has also been a camp coordinator at the Tim Legler Basketball Camp.

The ESPN analyst had been dating the fellow La Salle grad for over a year when they got engaged in 2007. They made their engagement announcement in the Philadelphia Daily News.

Their first date was to a La Salle Explorers basketball game. Their date consisted of telling the other their hobbies and interests. That’s how they found their shared love for Halloween, horror flicks, and decorating.

In her cheerleader profile, she said that she has an extensive horror movie collection. “I love them and have seen them all. Even the low budget ‘80s ones.”

They tied the knot in October 2007 and took their horror obsession to a whole new level. Because Legler loves scaring the socks off people, they turned their house into a haunted mansion on their first Halloween as newlyweds. Their decorations were so bone-chilling, kids refused to walk up to their door without an adult! Halloween has since become an October-long spook-fest for the Leglers.

Legler’s spooky tendency also means that he will jump out of nowhere to frighten his wife and kids. Christina recalled that he scared one girl in the neighborhood so bad, she refused to come to his basketball camp!

Christina and Tim don’t have children together. But she is a stepmother to Legler’s children, Ryan and Lauren, from his previous marriage. Her Instagram reveals that she’s pretty close to her stepchildren.