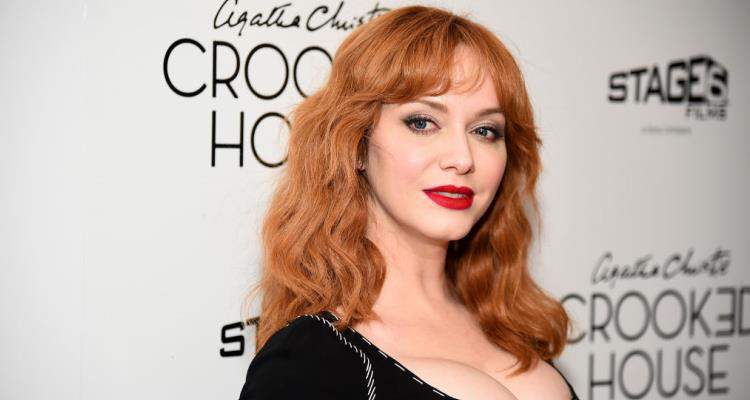 Things are looking good for Mad Men alum Christina Hendricks, especially now that fans will be seeing more of her on her new show. That’s right, the Tennessee native has a new role, starring in the NBC comedy, Good Girls.

Hendricks, 42, is married to Madam Secretary actor Geoffrey Arend, but that hasn’t stopped people from searching for Christina Hendricks’ hot pics online. And Hendricks’ social media pics are a far cry from her TV persona! In Good Girls, she plays Beth, a suburban housewife who gets cheated on by her husband and decides to rob a grocery store with her younger sister and best friend.

What Is Good Girls?

They all have their reasons for the robbery: They need money! (What other reason is there?) Beth paid her husband’s mistress to disappear, Annie wants to provide for her son to get custody, and Ruby wants to pay for her daughter’s expensive surgery. How can things go wrong? Aside from having to act like nothing has changed, a gang that has been laundering money through the store want it all back! To be fair, the gang did steal it first.

Many find it hard to believe that Hendricks had a hard time landing roles because of her curves, but that’s exactly what she told The Times.

“It was like. ‘Oh, should I give you my sizes now, or…?’ And they would call up and say, ‘We just don’t think that a doctor would look like that,'” said Hendricks.

“I was born with this figure,” she continued. “And I’m very proud of it. I think it should be celebrated, and I love fashion so I try to wear clothes that will make me look good. I don’t actually think about showing it or not showing it – I just try to choose a beautiful dress that flatters me.”

Hendricks no longer feels she has to hide those curves and instead embraces them onscreen—and off! It can be hard for curvy women in Hollywood to think of themselves as sexy. And even though Hendricks’ Instagram doesn’t boast any bikini pics, she proves just the opposite! Sexy is a frame of mind and this girl has mastered it—no matter her size! Check out some of her gorgeous pics below to see exactly what we mean!

A post shared by Christina Hendricks (@lovechristinahendricks) on Jul 7, 2014 at 8:22am PDT

Look into My Eyes