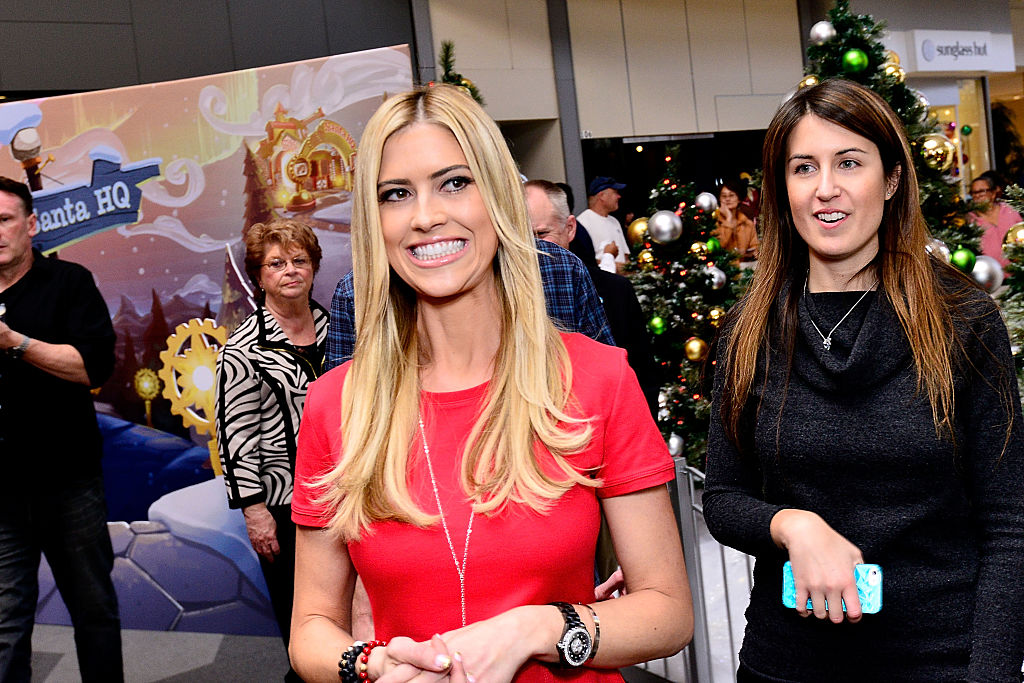 Christina, 33, is famous for her work on HGTV’s hot series, Flip or Flop, which follows the lives of Christina and her now ex-husband, Tarek El Moussa. They turned their talents for finding diamonds in the rough on the housing market and turning them into real estate gold mines. Christina and Tarek have two kids together; daughter Taylor, 6, and son Brayden, 1.

Christina El Moussa and Her Divorce

Christina and Tarek have filed for divorce after being married for seven years. They were separated previously but since January, have taken the appropriate steps to being divorced. Both the exes were dating other people following the separation but weren’t ready to come out to the public officially. The former power couple will continue to film future episodes of Flip or Flop, due to contractual obligations, but after filming ends this year, the show will be cancelled.

Christina El Moussa’s net worth is $4.0 million, the same as Tarek’s.

HGTV released a statement previously, on the couple and the show’s future: We admire and appreciate Tarek and Christina’s great work on Flip or Flop. When it comes to matters related to their own family, we respect their privacy and honor any decision that works best for them and their children. HGTV is currently airing episodes of Flip or Flop and the series will continue production as scheduled.”

In an interview with E! News, Christina said that the kids are doing well, despite the divorce.

“The kids are great. My son is literally like the happiest kid on the planet. He brings so much joy to our lives,” she said. “Taylor is amazing. She’s feisty and funny. She’s a very sweet, loving girl.”

Back in the Dating Pool

It looks like Christina has a new man in her life and he’s a pro athlete! She was seen on a mystery date a while back at an Anaheim Ducks game, but it turns out that she was watching her boyfriend at work! If you haven’t already heard, she’s dating Anaheim Ducks player, Nate Thompson, 31. According to E! News, they’ve been dating for “about a month” and Thompson also has a son from a previous marriage with his ex-wife. Christina was previously involved with contractor Gary Anderson during her separation, but as you can see, things didn’t end well.

Christina and Tarek are still working together and there’s no bad blood between them.

“Tarek and I are in a very good place right now. We’re doing a really good job. We share the kids 50/50 and our communication is great,” she told E!.

From the dating pool to the kids’ pool, Christina was under fire after she took a photo of her kids during a play date and was criticized for her daughter wearing a two-piece bathing suit, while her son was too close to the pool.

“@luvmyhub3 OMG 1. It’s a beach entry if he fell in it’s only a foot high, he would be ok 2. It’s not his first time in or around the pool, but thanks for your “concern” aka judgment 3. AND most importantly I am right there and could be to him in 3 seconds SMH at this …..!!!!” Christina replied.

Christina also replied with an Instagram post of a photoshoot, wearing a black dress with gold accents. Way to fire back!