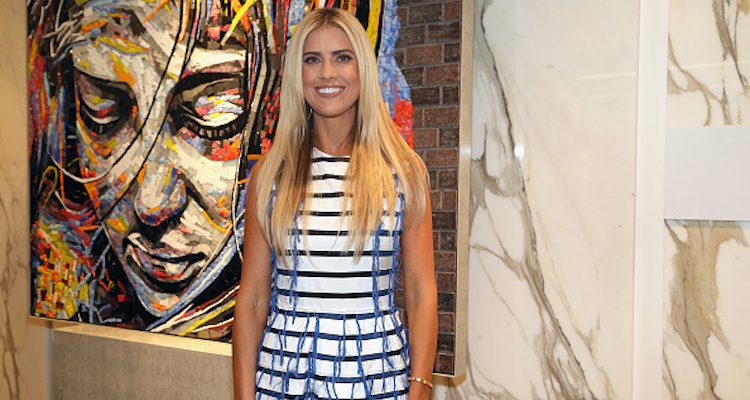 Are you a Flip or Flop fan who has wondered how Christina El Moussa looks that good? Stop what you’re doing and take a look right here! We’ve got all the information you need on her life away from Flip or Flop, as well as some of Christina El Moussa’s hot pics. For more images and info, keep reading the article below.

The last few months have been a bit rough for Christina El Moussa. Her relationship with husband and co-star, Tarek El Moussa went through a horrible public rough patch, ultimately ending in divorce. But there were some bright spots. She’s found a new guy, she still has her show, and business is doing very well. To top it off, you wouldn’t even know she was a 33-year-old mother of two from looking at her! Seriously, how does she do it? We’ve taken a stroll through her social media accounts, and pulled out some of Christina El Moussa’s hot pics, as well as information on how she manages to maintain her incredible appearance. Keep reading for a look at the best Christina El Moussa pictures ever!

No Stranger to Hard Times

When I was asked by the super talented @damir_k to do a photoshoot you can bet I went for it. @damir_k you are the best in the industry ????. Gorgeous dress @waltercollection makeup @pinkdustcosmetics hair @shanrbeauty

The last few months may have been rough for El Moussa, but she’s showing no signs that the hardships have taken a toll on her! When she and her husband first got together at the height of real estate sales, they were living in a $6000 per month home. In 2008, the stock market crashed, sending the real estate market into a tailspin, and the couple was reduced to living in a $700 a month apartment. Despite these hardships, the couple would marry a year later, and would soon be back in the real estate game by flipping houses in 2011. Judging from this photo, El Moussa seems to have bounced back better than ever!

Christina Works Out a Lot

That look when you are about to finish #thousandsteps x 11 ???? ???? @caraclarknutrition

Christina El Moussa is serious about health and fitness. To this end, she’s become quite the gym rat. She tries to go at least five times a week and says that working out at the gym is kind of a release for her. It helps take away some of the stress and anxiety from her work week. As she told Cara Clark in an interview, “We have a fast paced lifestyle and there is always so much going on but I make working out a priority. I aim for five days per week. Working out is my ‘happy pill.’ It helps relieve all my tension and anxiety and just makes me feel great.” Well, it’s certainly working!

A little side braid and @pinkdustcosmetics action on a Tuesday ????❤️

Living a very busy lifestyle can be tough on a person’s diet. Between the real estate business with Tarek El Moussa, filming of Flip or Flop, and raising two kids, it’s a wonder that she has time to eat, let alone eat well! Realizing that this may become an issue, Christina El Moussa is all about the meal prep. During filming, her family uses a service to help prepare healthy lunches and dinners. Oh, and her snack of choice? Peanut butter on a rice cracker. While it may sound boring, it is hard to argue with the results. Christina El Moussa pics don’t look the way they do from eating greasy burgers!

Part of El Moussa’s regular workout routine is yoga. She got so into it that she helped develop a prenatal yoga DVD with her yoga instructor. Prenatal Power Yoga can be bought from Amazon and according to the reviews, it’s a solid prenatal workout! With a body like that (post-baby, mind you), women are probably flocking to get their hands on this DVD!

Her relationship with the father of her children (Tarek) may be shaky, but it has not affected the amount of love and dedication she pours into her kids. Her social media accounts are littered with the hands-on mother and her two adorable youngsters. Since her separation and divorce filings from Tarek El Moussa, there were reports of Christina dating a contractor named Gary Anderson. The two met when Anderson was hired to redo the El Moussa family’s pool in 2015. Tarek admitted he was uncomfortable with the relationship, but Christina and Gary continued to date until recently, when Christina called it quits to “focus on her children and herself.” Now, it’s being reported that Christina El Moussa is seeing NHL hockey player, Nate Thompson, though a source close to Christina says the two are “just friends.”

She Got Flak for Posting This Photo with Her 6-Year-Old Daughter!

Christina El Moussa recently posted a couple shots of herself and her daughter in matching bikinis for LSpace, a swimsuit line by Monica Wise. The post read “Welcome to to the family,” aimed at the new bulldog puppy she’s holding in the photo. Some “mommy-shamers” commented on the photo saying it was “inappropriate,” while others thought the pics were adorable and empowering. But power-mom Christina isn’t letting the haters get to her, and with the majority of comments coming from supportive fans telling her to ignore the negativity, she’s certainly got some back up!
What do you think of the photos? Let us know in the comments below!

Celebrating my ten year friendship with creator Monica @Lspaceswim & the launch of Little L! ????Check out their giveaway today so you can wear them too!