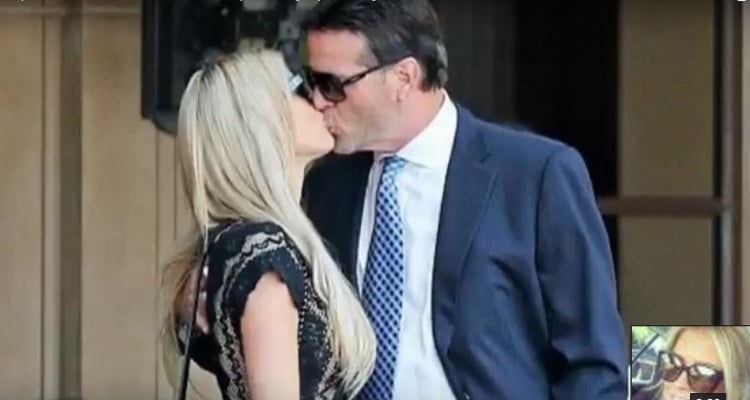 Christina El Moussa has called off the relationship she had with her boyfriend, Doug Spedding due to his indulgence in drugs. According to reports, he has entered rehab to get over his addiction problem. Spedding has been in trouble with the law due to his involvement in drugs before, as well as for issues of domestic disturbance. Christina is supportive of Spedding, but this is a wake-up call for Spedding to finally clean up his act for good.

Doug Spedding has got the marching orders from his up-until-now girlfriend, Christine El Moussa because of his “addiction issues.” The Flip or Flop star Christina has split from her businessman boyfriend Spedding, and he has entered rehab to work out his addiction problem. According to a source, Christina fully supports his decision to enter a rehab to seek a cure for his addiction. Another source has said “Doug has had a huge history of drug and alcohol abuse and Christina was warned when they first started dating. It has gotten pretty bad this past month, and Christina’s friends urged her to end the relationship.” People are curious to know about him, so we bring you some details from Doug Spedding’s wiki.

Who is Doug Spedding?

Doug Spedding’s age is 55 years, and he has been in trouble with the law because of his involvements with drugs. In Touch had reported that in July 2011 Spedding was arrested for possession of a controlled substance after being caught with methamphetamine. He then had to enter and complete an 18-month  drug diversion program. Ultimately all charges against him were dismissed. Spedding has also been in trouble on his domestic front and has been arrested for domestic violence against his ex Nicole Doucette, who is also the mother of his twins. Spedding was accused of breaking restraining and stay-away orders issued by the court. He violated the protective orders on at least five occasions.

Indulgence in Drugs Not Acceptable

Christina took this strong and decisive action to leave Spedding because she could not accept his indulgence in drugs. A source said “She absolutely has no tolerance for any substance abuse, especially around her kids. She is disappointed and really liked Doug but knows this is for the best. Christina is still there for him while he is getting treatment but is very upset.” There is also the issue of Spedding not being faithful to Christina. A woman who claims to be Spedding’s other girlfriend has told In Touch “I’ve been seeing Doug for almost four years. He hasn’t officially ended our relationship.” It sure looks like Spedding is a player as well!

Accused of Being Unethical

Christina El Moussa’s ex-boyfriend Spedding has been accused of being unethical in his business practices as well. According to the Orange County court documents, Spedding, an auto dealer, has been sued on multiple occasions for his refusal to sign the forms that his customers need to register their vehicles. Spedding has also been accused of not paying his employees the decided amount on several occasions. However, both cases were ultimately dismissed.

It is sad that Doug Spedding and Christina El Moussa have split because they have known each other for such a long time. They knew each other even before her marriage to Tarek El Moussa who always resented her friendship with Spedding. A person close to El Moussa said: “Tarek has always had a sense of jealousy over her prior relationship with this person [Doug Spedding].” Spedding is a millionaire auto dealer and is the owner of the US Football League’s Denver Gold. There is no clear information about Doug Spedding’s net worth, but according to some websites, it is over $4.0 million. Spedding is the father of six children and now has the unenviable task of getting clean and kick his drug habits. Spedding is being encouraged and supported by Christina to give up his addiction and settle down into a clean and healthy lifestyle. With so much support and concern for him, it looks like Spedding will come out of his treatment a sober and wiser man.