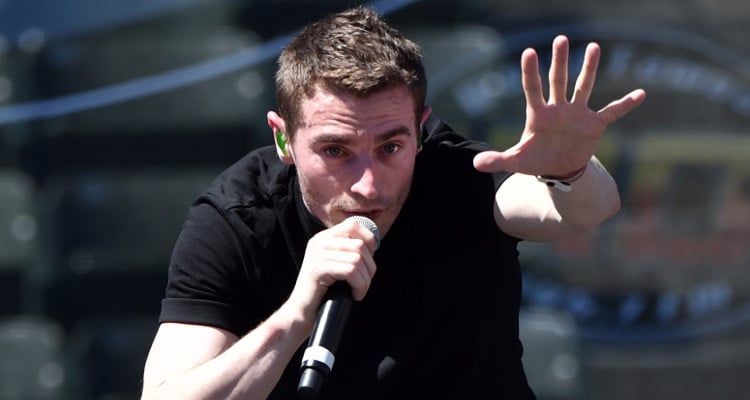 Who Is David Boyd?

Unlike his actress girlfriend, Boyd is more musically inclined. The Copenhagen native is the lead singer and guitarist of the punk/dance rock band, New Politics. The trio consists of 29-year-old Boyd, Søren Hansen, and Louis Vecchio; it was founded by Boyd and Hansen in 2009.

After writing and producing some songs together, they realized that they were practically a band. Drummer Vecchio joined them in 2010, and New Politics was born. There’s no special meaning behind the band name; it’s just that all the names they came up with were already taken. They got their break when two of their songs won the Danish National Radio P3’s competition.

They signed with RCA Records and went on tour in the U.K. and the U.S. So far, they have released three albums: New Politics, A Bad Girl in Harlem, and Vikings. They have opened for artists like Pink, Fall Out Boy, and Taylor Momsen. Neither David Boyd nor his band’s net worth have been calculated.

If you’ve been calling a headstand a headstand, you’re doing it wrong. The Danish-American was originally a breakdancer. He started as a street performer before going on to breakdance competitively, won awards, and worked as a background dancer in commercials. He even appeared in dance productions like a post-apocalyptic version of The Jungle Book.

With his breakdancing skills, Boyd tends to liven up the stage with his moves which usually involves quirky headstands, or “Boyding” as he calls them. He does it so often on stage that it became his trademark. Boyd said, “One of our friends said, ‘It’s kind of like planking. You should call it Boyding.’ So we started doing that. We didn’t know that anyone was going to take it this seriously. It’s like who the hell would want to stand on their head like that? A bunch of kids are doing it now.”

“Boyding” even has its own hashtag. The singer has done headstands in absurd locations, including on a ledge at Mount Rushmore. For amateurs who want to try “Boyding,” the creator recommends learning breakdancing and yoga.

Dancing, the only therapy. ????: @empirewestlive

He Destroyed A Hotel Room

When New Politics were still a debutante band, they arrived in the U.S. fresh from Copenhagen and participated in an unusual competition. An Atlantic City radio promotion brought in New Politics and another young band to see who could best destroy a Bally’s hotel room before it underwent remodeling.

Boyd, Hansen, and Vecchio went full rock n’ roll on the room, flipping mattresses and taking guitars to the TV. “The only thing I remember about trashing, is that while we were trashing the bathroom – like the powder area, the sink and all that – I remember that all our beers were on there, and we started trashing it.” At one point, somebody realized they shouldn’t waste the alcohol and decided to continue demolishing the room while drinking.

One of the judges of this absurd contest (which New Politics won) was Bam Margera from the MTV Jackass crew. The trio count Margera among their famous fans. Maybe he’ll be “Boyding” on stage?

Boyd has been dating Christian Serratos for three years now. It’s not known how he met the Twilight alum, but it’s clear that they are head over heels for each other. She debuted her baby bump for the first time on the PaleyFest L.A. red carpet in March.

Boyd’s Instagram has more pictures of Serratos than his own! There are pictures of their dates, a pregnant Serratos, and of course his newborn baby girl and her glowing mother. Boyd gushed about his adorable daughter and parenthood, “All of my friends or people that I know that are parents, when they try to explain what it means to have a kid – I don’t think you can explain it. You can’t really explain it. It’s unexplainable but it is the best thing that has ever happen to me.”