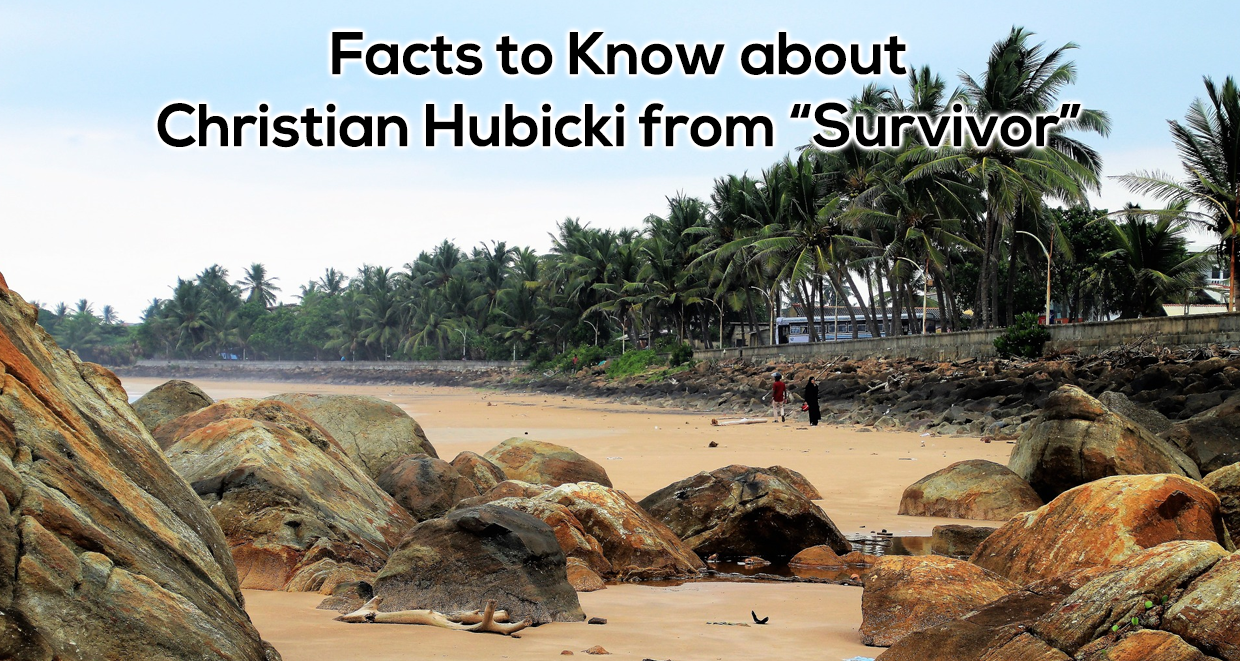 Most people pegged Dr. Christian Hubicki on Survivor: David vs. Goliath as the weak link on Team David when the newest season of the hit CBS show premiered on September 26, 2018. But the professor of robotics with a Ph.D. degree proved everyone wrong when he completed his physical challenge quickly and then solved a tough puzzle like it was child’s play! Now, everybody is looking at the super intelligent professor with a new-found respect and it’s hard to ignore his quirky personality. Want to know more about the whiz kid from Tallahassee, Florida, who believes that robots will solve many of humankind’s problems? We’ve got the scoop!

CBS’ hit TV series, Survivor: David vs. Goliath, premiered on September 26, 2018, and the new premise of this year’s theme has already spiked interest among viewers.

This time around, it has been dubbed: Survivor: David vs. Goliath. The popular American competitive reality television series is at it again, but this time producers have decided to go with the biblical theme of “David vs. Goliath” (basically the strong vs. the weak). But just remember, in the story of David and Goliath, the underdog (David) was proclaimed the victor.

The Excitement Has Begun!

Team David is composed of 10 underdogs who must continually overcome obstacles. Meanwhile, Team Goliath consists of 10 overachievers who have used their skills to excel in their respective fields in life.

This is the 37th season of the Survivor series, and the stakes are higher than ever before. (And so is the adrenaline rush!) The teams have been set and there are already some characters that have fans interested.

On Survivor: David vs. Goliath, there is one cast mate who is already raising eyebrows among viewers; Dr. Christian Hubicki. He is a member of Team David and is a robotics scientist/self-proclaimed “geek”. But geek or not, from his performance in the season premiere, it is evident that the smart professor is no pushover!

People are impressed with this genius and already want to know more about him. So, here are some facts about Christian Hubicki.

Christian Hubicki is a 32-year-old assistant professor of mechanical engineering at the Florida A&M University’s Florida State College of Engineering. He specializes in the field of bipedal locomotion, specifically optimization methods that apply to both legged robotics and biomechanics.

Only cool people forget to take off their radiation safety badge before going to starbucks. #iamverycool

Hubicki obtained both his Bachelor and Master’s degrees in mechanical engineering from Bucknell University in Lewisburg, Pennsylvania. He minored in physics and music, as well.

He then earned his dual-degree Ph.D. in robotics and mechanical engineering while working at Oregon State University’s Dynamic Robotics Laboratory.

Just finished my last official day as a robotics postdoc at Georgia Tech. This photo was taken in the haze of my first postdoc paper deadline. Seemed like a good idea at the time.

While doing his doctoral work, Hubicki used optimal control tools to carefully study the nature and behavior of ground-running birds and control-compliant legged robots, including the bipedal robot named ATRIAS.

In 2015, he joined the Advanced Mechanical Bipedal Experimental Robotics (AMBER) Lab at the Georgia Institute of Technology in Atlanta, Georgia. As a postdoctoral fellow there, he further developed control methods and techniques for legged robots.

Hubicki then joined Georgia Tech’s CRAB Lab in 2017 to explore the interaction of robotic locomotion and the physics of complex substrates.

His work has been featured in several media outlets, like the Science Channel’s Outrageous Acts of Science and CBS’s The Late Show with Stephen Colbert.

He Was Fascinated with Robots at a Young Age

Hubicki fell in love with robotics at a very young age. But his interest was further fueled when he received a motorized LEGO kit for Christmas when he was just seven years old.

His parents noticed his deep interest in the kit and gave him a lot of exposure to math and science. They sent him to summer math and science camps and kept finding new ways to feed his enormous appetite for these subjects.

Hubicki started coding video games on his calculator while still in high school. He also got obsessively involved with his school’s FIRST robotics team.

Robots Could Be Immensely Useful to Humans

When asked why he was so deeply interested in robotics, Hubicki said, “Robots can also make us safer and more productive. If we make great robots, then jobs that are dull or dangerous don’t need to be done by people. Robotics can separate labor from life, freeing people to pursue their passions. It’s a shift that would transform humanity. In my mind, researching robots that make our lives better is a quest to better understand life.”

Christian Hubicki Is No Pushover

On the first episode of Survivor: David vs. Goliath, Hubicki showed everyone how mistaken they were in tagging him as the “weak link” on Team David. He not only handled the physical challenge commendably, but he even solved a puzzle so quickly that everyone was simply stunned!

Hubicki shrugged off his performance and later said, “Well, it wasn’t really a fair fight. I used to write algorithms for slider puzzles.”

Serves them right for messing around with this world-class nerd!

According to advance reports, the smart guy from Tallahassee, Florida not only gets funnier, savvier, and quicker, but he also becomes more of a threat to Team Goliath as the season progresses! (Well, we certainly can’t wait for more of that adorably awkward laugh of his!)

He Gives His Robots His Undivided Attention

His fascination and skill with building robots are clearly evident from Christian Hubicki’s Instagram account, which has several photos of him working on his robots.

Hubicki is totally engrossed in them and wholly involved in trying to make them work for the betterment of humans.

A time honored tradition for any roboticist: pretending to fix something in front of a photographer.

Everybody Is Rooting for the Underdog

Right now, Hubicki is working hard to stay in the game on Survivor: David vs. Goliath and help his team beat the superior and favored Team Goliath. If they do, it will be a retelling of the story of the underdog who wins against all odds, which audiences would love to see.

And at the forefront of all the hype is the spectacularly intelligent professor from Florida, Dr. Christian Hubicki. Let’s just hope he advances to the finals!