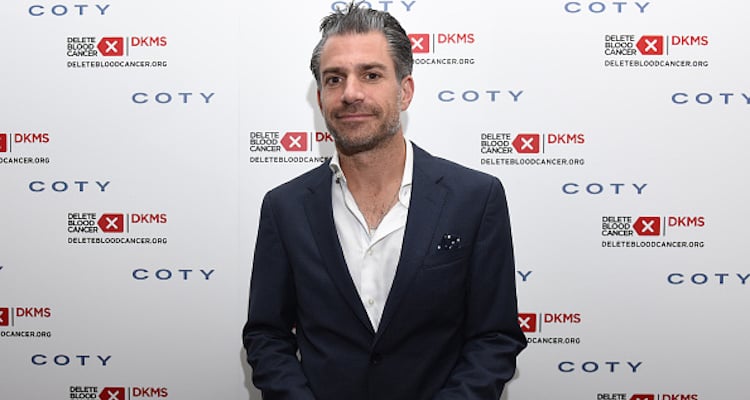 Things are officially heating up between Lady Gaga and talent agent, Christian Carino. The pair recently got engaged and the “Shallow” singer had a hard time containing her emotions as she let the ball drop during her acceptance speech at Elle’s 25th Annual Women In Hollywood Celebration on October 15. So, who is Christian Carino, and how did the lovebirds meet? Read our Christian Carino wiki to find out everything you need to know about Lady Gaga’s real-life leading man!

For a long time now, rumors have been flying that Lady Gaga and her esteemed Hollywood talent agent boyfriend, Christian Carino, are engaged. On the night of October 15, at Elle’s 25th Annual Women In Hollywood Celebration, the “Shallow” singer confirmed this happy news during her extremely emotional acceptance speech, calling Carino her “fiancé.”

The multiple Grammy Award winner and nominee was once engaged to Chicago Fire actor, Taylor Kinney, but now it seems like all of that’s water under the bridge. Continue reading to learn everything you need to know about Lady Gaga’s fiancé, talent agent Christian Carino.

Who Is Christian Carino?

Born in 1969, Christian Carino’s age is 49, making him much older than Lady Gaga, 32. The pair reportedly started dating back in February 2017, or at least, that’s when they were spotted together for the first time. If you’re worried about him adjusting to the “Perfect Illusion” singer’s lifestyle, don’t—he’s a CAA talent agent (Creative Artists Agency), which means he works for the best entertainers in the business. He’s worked with some of the biggest names in Hollywood, including Amber Heard, Justin Bieber, Miley Cyrus, Jennifer Lopez, Harry Styles, and many more! In other words, he knows how to work a room full of demanding A-listers. Christian Carino’s net worth is unknown at this time but he’s definitely paid well enough to keep up with his superstar fiancée.

It’s not uncommon for celebrities to date or marry people they work with closely, so we’re not surprised that the “Paparazzi” singer isn’t the first person that Carino has dated. Before taking romantic walks with Lady Gaga, Carino was romantically linked to The Walking Dead actress Lauren Cohan. She played Maggie on the hit TV show and the exes have several pics together at different events, before their relationship came to an end. (He has a thing for younger women.)

Prior to his relationship with the British-American beauty, Carino was also married to a woman named Brooke Baldwin from 1997 to 2015. It’s not clear if this is the same Brooke Baldwin who hosts CNN Newsroom, but Carino and his ex have a daughter together named Bella Carino.

So, it looks like the Mama Monster will now be a…step-Mama Monster? We’ll just have to wait and see how things play out. It appears that two are already warming up to one another, though. If you Google “Bella Carino” or “Christian Carino’s daughter,” you’ll find tons of pics the two of them together at various events.

Before Lady Gaga played the halftime show at Superbowl LI in 2017, she confirmed that she was seeing someone else a while after she and Kinney ended their five-year relationship in 2016. Since then, Carino has spent most of his time on one celebrity in particular and he’s not getting paid by the hour, either. The “Judas” singer and Christian Carino were spotted at a Kings of Leon concert and he even kissed her at the Super Bowl while taking a very public selfie. They were also guests at the Tommy x Gigi show together in Venice.

Naturally, fans who were once wholeheartedly shipping the Gaga-Kinney romance are wondering what her former flame thinks of her current lover. After all, they were engaged for an entire year before calling off their plans to get married!

At the Carousel Of Hope Ball on Saturday, October 6, just a few days before Gaga confirmed news of her engagement to Carino, Kinney told Us Weekly that he “couldn’t be more proud” of his ex-fiancée, regarding her upcoming role in A Star Is Born.

Following the very public announcement, though, he seemed a little less enthusiastic about seeing the film. When asked during an interview with E! News whether he was planning on seeing it, he responded with a half-hearted, “Oh God, I don’t know, man.”

Aside from commanding the stage and being one of the world’s biggest entertainers, Carino’s fiancée is now making her mark on the film industry. On June 15, the film wrapped production and actor Bradley Cooper made his directorial debut of the 1937 remake by the same name. Lady Gaga, who previously acted on American Horror Story, plays a small-town girl with big dreams and Cooper plays an alcoholic who used to be a rock star and tries to advance the career of Gaga’s character.

The film was originally slated to be released on September 28, 2018, but was actually released on October 5 in the United States. In just a few short weeks, the romance-drama has already garnered a lot of Oscar buzz for the “Look What I Found” singer and her co-star, Bradley Cooper.

In case you’re wondering how this crazy beautiful love story began, Christian Carino is actually Lady Gaga’s talent agent. It makes sense if you think about it. The two of them probably spend a lot of time working together on various projects, and when you’re spending that much time with someone, it’s hard not to develop some serious chemistry!

Even though Gaga just recently confirmed the big news, the couple was actually engaged back in November 2017!

The massive ring, which contains an eye-catching pink sapphire as its centerpiece surrounded by white diamonds, is estimated to be worth between $300,000 and $400,000!

Here’s a pic of Lady Gaga showing off the breathtaking ring on the red carpet during the premiere for A Star Is Born.

You know that love is truly in the air when someone gets your face tattooed on their body, and that’s exactly what Christian Carino did to prove his affection for his ladylove!

Check out the video he posted to his Instagram just after getting inked:

A little added protection courtesy of my friend, Bang.