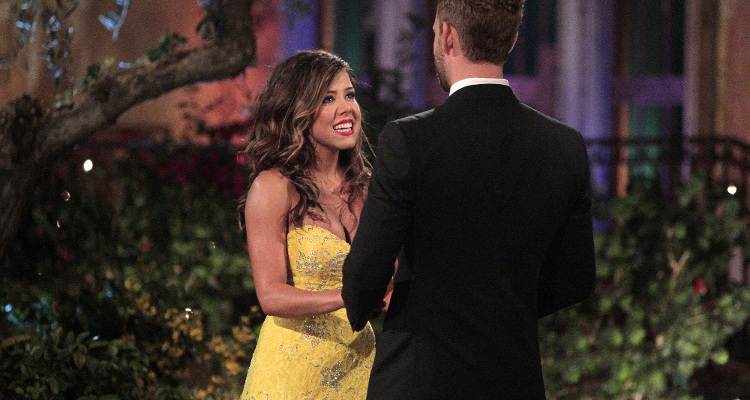 This season’s bachelor, Nick Viall, is a lucky man, as he gets to be surrounded by a bevy of 30 beautiful women vying for his attention. While narrowing down his number of prospective brides, the 36-year-old gave roses to 22 women during the season premiere, one of whom was Christen Whitney from Tulsa.

The new year kicked off with season 21 of The Bachelor on Monday (January 2). The matchmaking reality series has entertained millions of hopeless romantics looking to find true love, with its idyllic locales and larger-than-life settings. This season promises to be no different with the ABC alum and thrice-rejected Nick Viall as the leading man, and 30 gorgeous women lining up to win his heart. The game of love is just getting started, as the former account executive sent home eight ladies on night one. One contestant who definitely seems to have caught Viall’s eye is the stunning and spunky Christen Whitney, who made quite the limo entrance with her canary yellow dress and matching fan. Here is everything you need to know about The Bachelor contestant Christen Whitney’s wiki.

According to former bachelor Ben Higgins, fourth time’s the charm when it comes to Viall’s journey to finding a blushing bride. Hailing from Waukesha, Wisconsin, the flourishing reality TV star appears to be quite the catch, as dozens of young, attractive, and accomplished women impatiently wait their turn to impress him. Although he 36, age seems to be no bar when it comes to love, as only three of the 30 contestants are over 30. Nick Viall has become one of the most recognizable faces in The Bachelor franchise, and is best-known for being dumped twice on national television during seasons 10 and 11 of The Bachelorette. Not one to give up on his search for love, Viall ended up on season 3 of Bachelor in Paradise where he seemed to be hitting it off with Jen Saviano, before it was abruptly announced that he would be helming season 21 of The Bachelor. His charming personality and down-to-earth demeanor have amassed a massive fan following, who are invariably rooting for him to give America the “happy ending” that he promised. Let’s hope he has better luck this time around!

The season premiere of The Bachelor saw Nick Viall send home eight disappointed women, who couldn’t seem to hold back their tears after being eliminated so early. Viall seems to have his work cut out for him as there are still 22 beautiful women all equally eager to win his heart. The sobbing girls sent packing were Olivia, Jasmine. B, Michelle, Lauren, Ida Marie, Briana, Susannah, and Angela. Thankfully, Christen Whitney was not one of them. Already poised as a frontrunner, the fiery former dance instructor and wedding videographer from Tulsa, Oklahoma has left a lasting impression on our bachelor.

The 25-year-old firecracker made sure to stand apart from the rest of the crowd in a bright canary yellow dress that flattered her 5’5″ frame. As she stepped out of the limo, Whitney conjured a matching yellow fan practically out of thin air and covered her face with it. The charming woman kept her grand entrance simple yet memorable, gushing over Viall like she was “meeting a celebrity.” She also made the most of her talents as a former Arthur Murray dance instructor, and taught Viall a few ballroom dance moves during their one-on-one. All eyes were on Whitney, as her yellow gown popped out in a sea of reds. Her fun and outgoing personality seems to have impressed the camera crew as well, as shots of Whitney giggling can be seen in several reaction shots and promos.

Not much is known about Christen Whitney’s wiki as of now, and audiences can hope to learn more about the Martinsville, Indiana, native as season 21 of The Bachelor progresses. Proving that she’s more than a pretty face, Whitney graduated from Ball State University in 2013, with a degree in telecommunications and French. She is active in her church’s ministry, and she has declared that she’s been waiting for the one and saving herself for marriage. 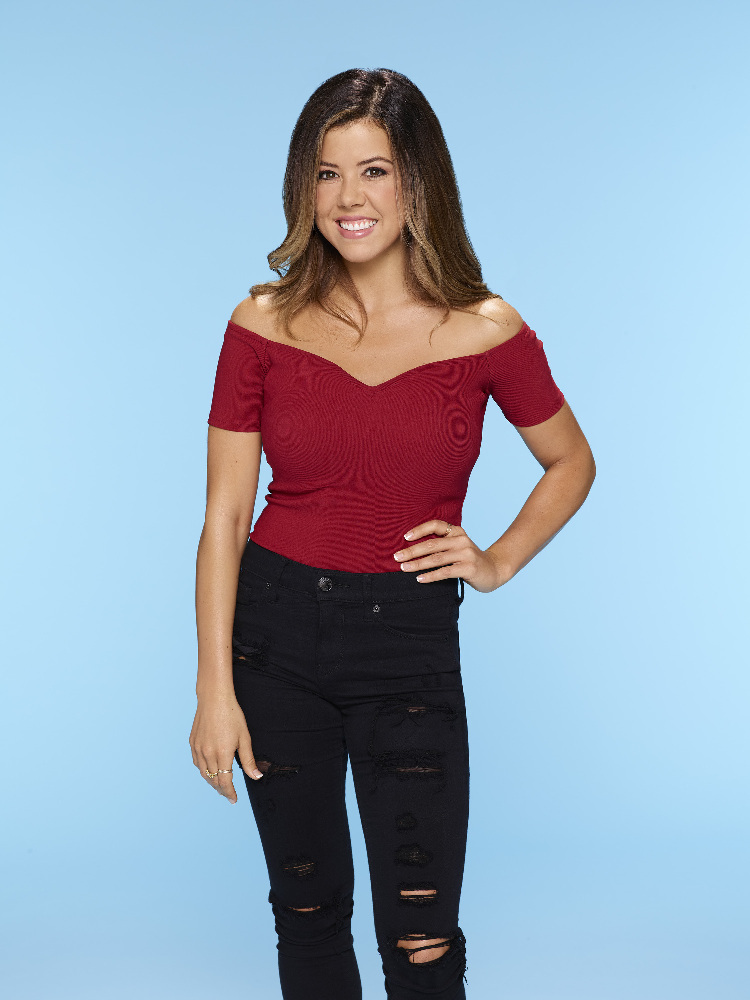 The bachelorette hoping to become Viall’s better half revealed that her all-time favorite flicks are A Time to Kill, Remember the Titans, and Zoolander. Calling Dancing with the Stars her guilty pleasure television show, Whitney confessed that she “used to watch DWTS and then pause the TV and practice all of the dance moves like they were goin’ out of style.” Whitney’s biggest fear is failure, and her favorite fictional character is Katniss Everdeen from The Hunger Games saga since “she’s tough and hot and she marches to the beat of her own drum! Dig it!”

When asked what animal she would like to be, Whitney answered that she would love to be a  Wild Mustang, because “they are wild, free and uninhibited. They run with the wind.” She also said that if she were a fruit, it would be a grapefruit because, “They’re sweet and sour. Ha! They’re colorful. They smell great. And they’re so full of life and energy. That’s me. And you have to peel them back to get to the good stuff.” If Christen Whitney could, she would love to become the President for just one day, because she’s “so curious what actually goes on back there (a.k.a. the show, Scandal).” 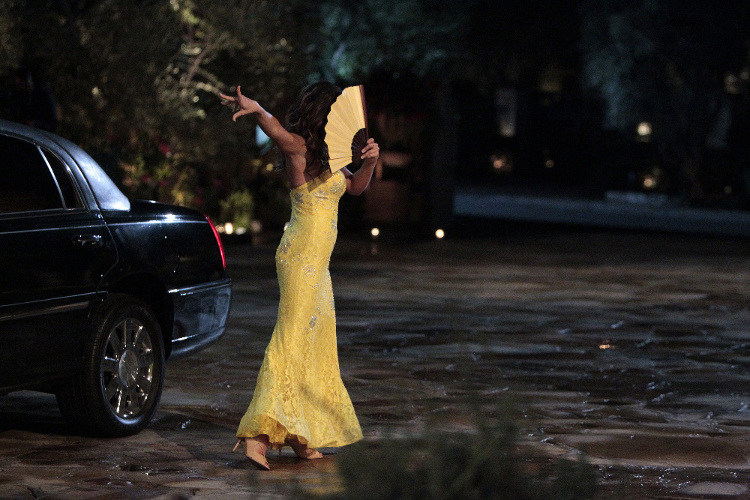 Previews of the upcoming episodes of The Bachelor season 21 showcase Whitney telling Viall that Liz has revealed details about her secret encounter with him to everyone. The scandalized Whitney exclaims to Viall that he and Liz “hooked up and had sex,” which subsequently leads to Liz’s elimination from The Bachelor. Get ready folks, because the claws are coming out, and the catfights are just getting started! Don’t miss The Bachelor season 21 episode 2 airing on Monday, January 9 at 8:00 p.m. EST only on ABC! 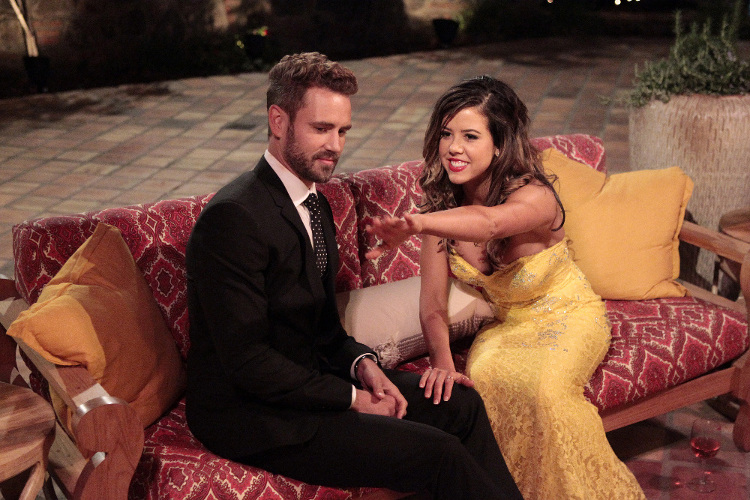