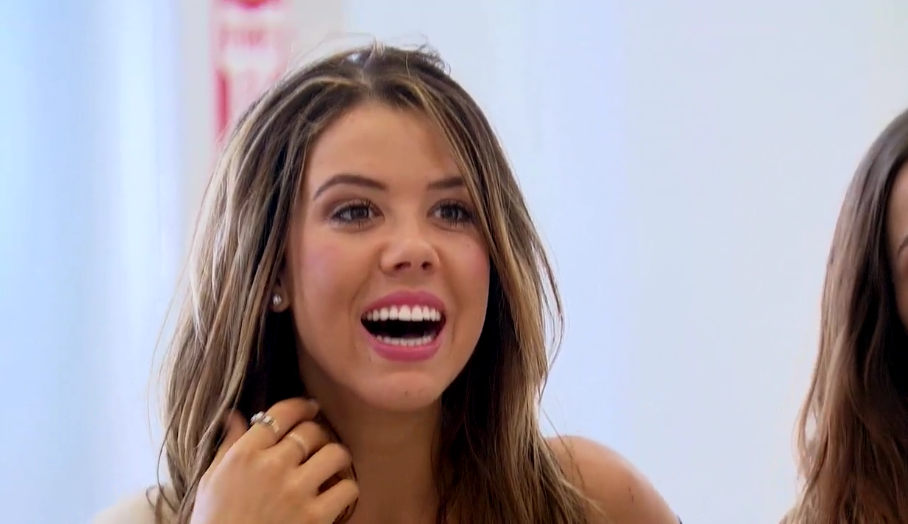 Christen Whitney is a smart, educated, and fun loving woman, who has gained the attention of both Nick Viall and The Bachelor fans. She likes to have fun with her friends and loves inspirational quotes. Check out her Instagram pictures to know more about her!

The competition is getting tough for the contestants of The Bachelor season 21. Two weeks into the show, nine of the original 30 contestants have been sent home, leaving 21 beautiful ladies left. One woman who has been successful in dodging eliminations is 25-year old, Christen Whitney. Whitney is a wedding videographer from Tulsa, Oklahoma, who loves her work because she gets to meet so many happy people. Christen from The Bachelor loves hanging out with her friends. Just check out Christen from The Bachelor Instagram account, and you will know what we mean!

Whitney made a big impression on Nick Viall when she first met him. She wore a bright yellow dress that made her stand out from the pool of contestants in red. Whitney used her skills as a dance instructor and showed Viall some ballroom moves. Her spirit and confidence was enough for Viall to keep her around.

Christen Whitney is a native of Martinsville, Indiana and she’s not just another beautiful face. She is educated, ambitious, and determined and it shows in her attitude and actions. Whitney earned a degree in telecommunications and French from Ball State University in 2013. She is refreshingly different from the others. Despite being able to carry off sexy dresses so easily, Whitney is a bit old-fashioned when it comes to her values. She is active in her church and is waiting for the right person, as she is saving herself for marriage!

Having a Good Time

Because these two have stolen my heart….

Christen Whitney’s Instagram pics are full of pictures of her having fun with friends, and inspirational quotes. She maintains her values which is why you will not be finding any Christen Whitney nude pics online. However, she proves that you do not need to be naked to look hot!

Why do I follow Jesus? Check out @mywhytv who featured "my why" along with many others.

Christen Whitney has listed A Time To Kill, Remember the Titans, and Zoolander as some of her favorite movies. She loves dancing and tries to practice the moves she sees on Dancing with the Stars. Whitney says her biggest fear is a failure and that if she were an animal, she would be a wild mustang because they are wild, free, and uninhibited.

She Knows What She Wants

There you have it. Christen Whitney is a bundle of energy who keeps everyone in a good mood! After all the weddings she has seen, Whitney must have a pretty good idea of what she wants hers to be like. After causing Liz Sandoz’s untimely eviction from The Bachelor mansion, we can only watch to see how long she lasts on the show.