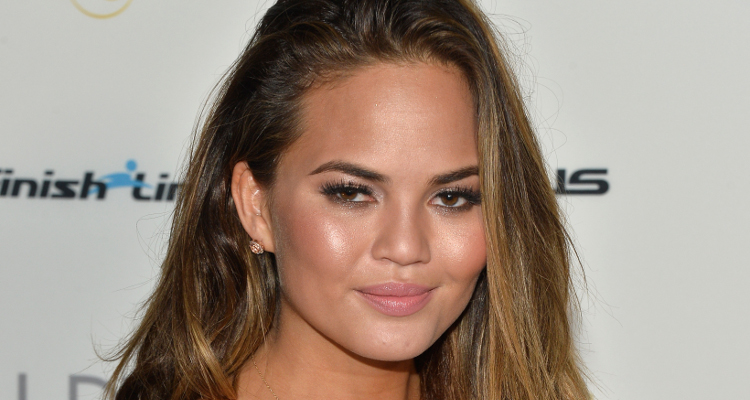 Model Chrissy Teigen, probably better known for being married to singer John Legend, apparently doesn’t think much of Republican candidate and business mogul Donald Trump. However, someone may want to inform her of the bad news: that his current attempt to become President of the United States is very, very real.

The Billboard Music Awards co-host posted on Twitter about her opinion of the man who wants to rule the free world, and it’s very clear that she doesn’t think very highly of Trump, or of his chances to win both the Republican candidacy and the presidency. Tweeting at Trump himself, Teigen wrote, “@realDonaldTrump You are really gonna keep this up until April 1st aren’t you? I appreciate how dedicated you are to this prank.” While the model is certainly not the first celebrity to display a dislike for Trump and/or his policies, she may be the first to imply that he isn’t serious about the whole endeavor!

@realDonaldTrump you are really gonna keep this up until April 1st aren’t you? I appreciate how dedicated you are to this prank.

There were comments supporting Chrissy Teigen’s view, saying things like, “You tweet what I want to tweet but I’m not funny enough to think of,” and, “Yes! When will he stop? He’s making America look like a joke.”

But of course, as with most celebrity posts regarding Donald Trump, the man’s supporters were out in full force in the comments to defend their pick for future president. “You think I spent $12.99 on a make America great again hat for a prank? This is real [sic],” wrote one, while another implied, “Aww let me guess you’re voting for Hillary aren’t you?”

One detractor even got a response from the model when he wrote, “Chrissy, if you still think this is a prank, you’re even more clueless than I originally thought.” Teigen shot back, “Nah. Every once in a while I write to trump so idiots reveal themselves and I can block in an expedited manner [sic].” That probably won’t be enough to change the person’s vote, but it shows that Chrissy Teigen’s feelings on Donald Trump are definitely no joke!