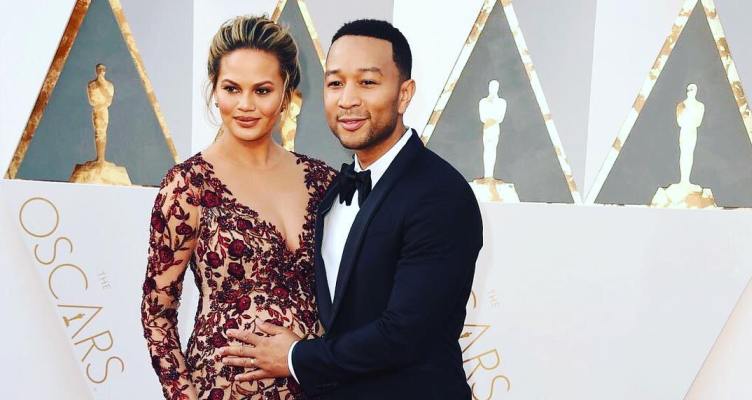 Chrissy Teigen and John Legend’s baby girl, Luna Simone Stephens, is all the entertainment world can talk about lately! In honor of welcoming the “Legend-ary” child, we are looking back at the couple’s romantic history and how they came to be one of Hollywood’s amazing power couples.

In a Cosmopolitan magazine interview, Tiegen, 30, admitted to hooking up with her future husband after 14 hours of filming a music video for his single “Stereo.” After their night together the model, who played a love interest at the time, gave Legend, 37, his space, not wanting him to feel locked down while he was set to go on tour. It may not have been the fairytale start but they definitely ended up making it a fairytale marriage.

After dating for years, Legend finally popped the question and the two were married at Lake Como in Italy. Teigen wore a strapless Vera Wang dress, and the couple was surrounded by family and friends, ready to spend the rest of their lives with each other. (After all, it’s kind of hard to say “no” to a man who would write a song about you).

Fast forward to the arrival of the cute couple’s new baby, Luna—whose name isn’t really of the unique Hollywood variety. The pair had issues conceiving in the past and had their daughter via in vitro fertilization (IVF). Chrissy Teigen’s Instagram featured a picture of Luna’s weight—six pounds and 11 ounces—and the new mother shared with the world how happy she is. But she’s not alone in her joy. John Legend’s Twitter account had a beautiful message to send his millions of followers: “Our new love is here! Luna Simone Stephens, born on Thursday, the 14th. We couldn’t be happier! [sic]”

So there’s the happy ending everyone’s been waiting for, and we can’t wait to see what new adventures this family will share.