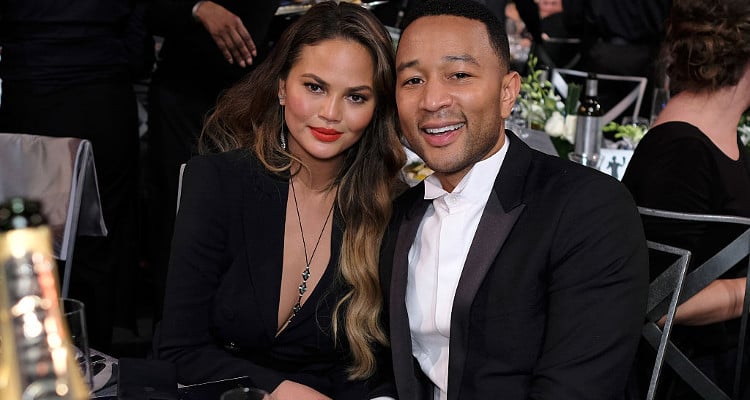 Chrissy Teigen is the undisputed queen of hilarious social media posts. The outspoken supermodel’s Snapchats after the Grammys have gone viral, and she even posted an Instagram photo of herself drunkenly lifting up a stage step!

Chrissy Teigen has proven time and again that she is one of the most relatable celebrities and everyone’s best friend. The 31-year-old mother of baby girl Luna, got adorably drunk at the Grammy Awards on Sunday (February 12), and posted her late-night antics with husband, John Legend on Snapchat. Chrissy Teigen’s Snapchat videos went viral immediately, as her die-hard fans loved how the happily married couple had given them relationship goals for the umpteenth time. In Chrissy Teigen’s hilarious Snapchat posts, the pair were seen fixing a snack and removing jewelry while sitting on the floor. After confirming to her Twitter fans that she was alive and well the next day, Teigen posted a photo from the night before on Instagram. Check out Chrissy Teigen’s Instagram photo where she jokingly lifts a stage step above her head.

It looks like Teigen and her 10-time Grammy Award winning husband, John Legend had a blast at the 59th Annual Grammy Awards. The Sports Illustrated model and author of best-selling cookbook, Cravings got hilariously drunk and documented her silly antics for her social media fans. In her latest Instagram post, Chrissy Teigen was holding a stage step in the air while laughing. 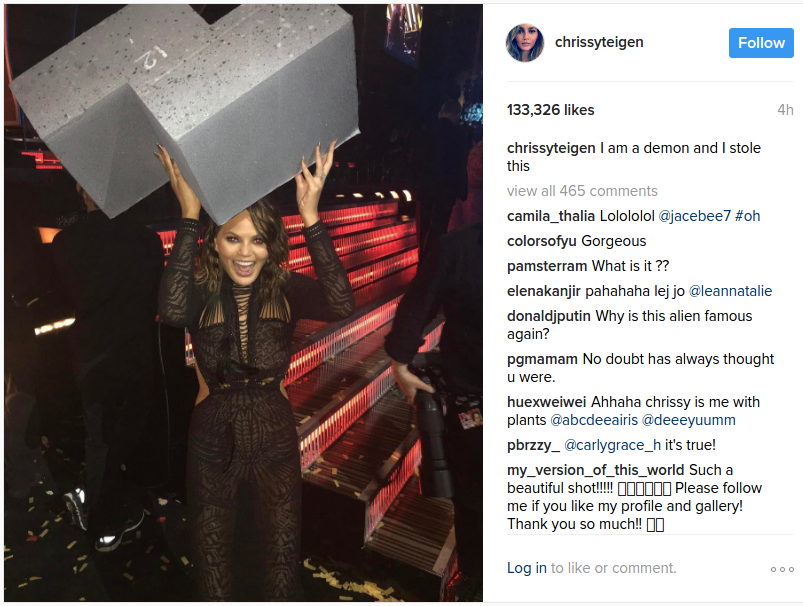 She captioned the silly photo, “I am a demon and I stole this,” much to the delight of her 10 million Instagram followers, who gave the amusing post over 100,000 likes! Chrissy Teigen and John Legend surely turned heads at the Grammy Awards. The stunning supermodel danced against her 38-year-old husband while posing for photographers. Could this couple be any more perfect? We think not.