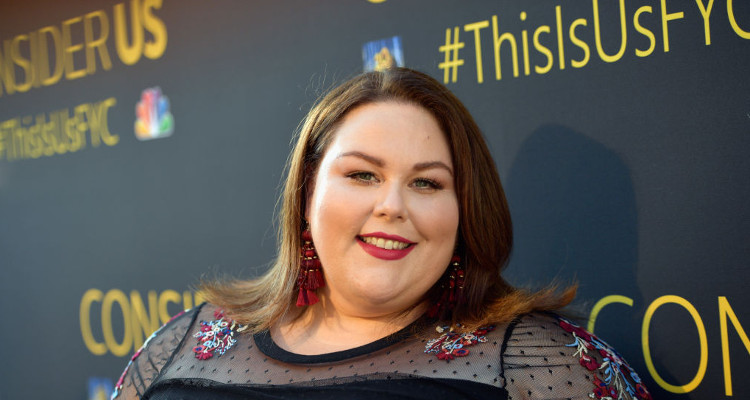 Chrissy Metz admits that she has, more often than not, suffered from buyer’s remorse. Her performance in the hit drama, This Is Us has everyone applauding her and has earned Metz nominations for prestigious awards. Though there are rumors circulating that Metz is pregnant, there is no evidence to confirm this.

If there is one thing that Chrissy Metz from This Is Us goes out of her way to avoid, it’s “regret.” But that does not stop her from suffering from massive buyer’s remorse every time she is in New York City! “I try to shop and then I have buyer’s remorse — I can’t even buy a sandwich. I’m like, ‘That’s probably too expensive.’” Chrissy Metz’s boyfriend, Josh Stancil, cajoled her into buying a laptop after which Metz confessed, “I cried for an hour before I bought a laptop. Not kidding! I’m not exaggerating.” With the success she has seen on show This Is Us, people might assume Metz would stop being so frugal, but she just cannot bring herself to spend money! Metz is a very interesting person, and people want to know more about her. So, we have some details about her in our Chrissy Metz wiki.

Who is Chrissy Metz?

Born on September 29, 1980, and raised in Homestead, Florida, Chrissy Metz’s age is 36. Since her father was in the U.S. Navy, Metz traveled around as a kid and spent part of her childhood in Japan, and later moved to Gainesville, Florida. Metz decided to be an actress and got her first break in 2005, on the show Entourage. She has since appeared in several TV series like All of Us, My Name is Earl, Huge, and American Horror Story: Freak Show. Metz came into prominence when she took on the role of Kate Pearson in the successful TV series This Is Us, for which she has received a Golden Globe nomination for Best Supporting Actress. She also took time out to work on two films, Loveless in Los Angeles and The Onion Movie. Metz is a singer as well and has her own band, Chrissy and The Vapors.

Up close and hilariously personal. Literally laughing so hard I cried! These two talented NY Gents are incredible (in record time) and always make me so happy! XO Makeup @billieegene Hair @marcmena #youhadtoseeittobelieveit

Metz, who struggled with body image issues for years, was taken aback when she was told that Kate Pearson slims down later in the show. She thought about losing weight herself, and when she realized that her real self and reel self could converge, she was very happy. Metz says that she was very similar to Kate when she was younger but later came to terms with her struggles saying, “Kate was me probably about nine years ago when I first moved to LA and so, of course, I have similarities. But there are a lot of differences as well.”

A Matter of Coincidence

Chrissy Metz joined a weight loss program, and the results were very positive. She told People magazine at that time, “I was so gung-ho, I lost 100 lbs in less than five months. All I did was eat a 2,000-calorie diet and walk 20 minutes a day.” Her weight loss journey has been an inspiration for her fans and viewers. Is Chrissy Metz pregnant? There is no information regarding Metz’s pregnancy right now, though the rumor mill is churning. Only a few people know that it was Chrissy Metz’s sister who got her into showbiz, albeit inadvertently. Metz’s sister was tall, thin, and wanted to be a model. They both went to attend a casting call for her sister, but surprisingly Metz caught the eye of a talent scout who told her that she belonged in the entertainment industry. With her strong performance in This Is Us, Metz has proved her talent, and assures fans there is more to come.

Remember that time folks got rowdy because I wore a dress? The outpouring of love and support from all of you lovely people has not gone unnoticed. I hope that in some small way an unconventional body wearing an unconventional material opened up discussion, hearts and minds. I truly had no idea it would make anyone feel uncomfortable, I just wanted to try something different. All I’m saying, is do YOU, Boo! Wear what you want, love you love and treat people the way you want to be treated❤️ Now that’s out of the way, congratulations to all the winners at the @MTV movie and tv awards, especially our boys @miloanthonyventimiglia and @lonniechavis for winning best tear jerker scene from @nbcthisisus! ???? Lastly, thank you to the amazing humans who make this all possible! Dress @janedoelatex Styled @jordan_grossman Makeup @makeupbymotoko Hair @davidgardnerla CC: @creativeprinc #nothingbutlove