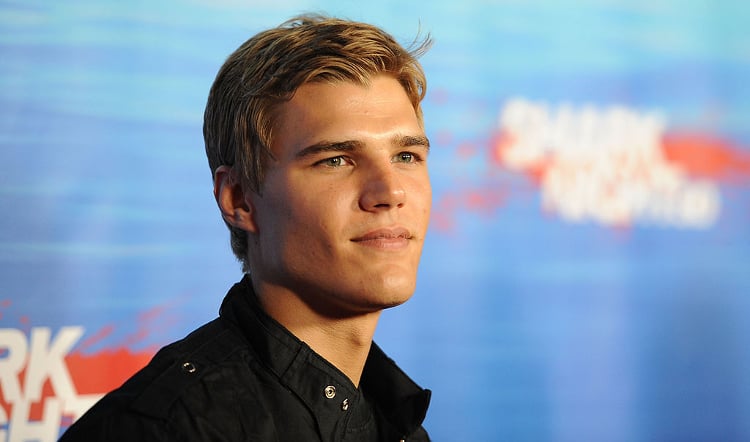 It’s a new year and it looks like Paris Hilton is finally settling down. The man who got a ring on her finger is none other than The Leftovers hunk, Chris Zylka. So, just who is this man who snagged the Hilton heiress? In this Chris Zylka wiki, you will learn everything you need to know about Chris Zylka. From how Chris Zylka earned his net worth of $4.0 million, to his age, and where you can find him social media, we have it all!

So, who is this guy who went from Paris Hilton’s boyfriend to Paris Hilton fiancé? Well for one, he is almost as busy as Hilton! His 2017 included wrapping up the final season of HBO’s The Leftovers, having one movie, Novitiate, come out, and filming another that is currently prepping for release in 2018.

Put that together with the traveling he has to do in order to meet up with Hilton, and we’re kind of curious when the guy gets to sleep.

Paris Hilton Is 100 Times Richer than Him

That’s no surprise! Chris Zylka earned his estimated $4.0 million fortune from his acting and modeling career. But it doesn’t look like much compared to Paris Hilton‘s approximate net worth of $300.0 million —not that she would want to be with any man for his money. Though Hilton may not look at her boyfriend’s bank account, we can’t help but compare her current flame’s wealth to her last boyfriend’s.

Before Zylka, Hilton was in a relationship with Thomas Gross, an Australian millionaire. Gross who is said to have a net worth of $200.0 million, which he made from his sports company, Runningball. Hilton also dated Paris Latsis, a Greek shipping heir whose family’s net worth is a whopping $3.3 billion! Well, it’s evident Paris Hilton’s love can’t be bought, and she looks truly in love with Zylka.

That being said, we’ve got to say, Chris Zylka’ engagement ring budget must have taken a little while to stash away as it’s estimated to be worth $2.0 million.

I love our life together. So perfect, like a fairytale come true???

He Is an Ohio Native

Born Christopher Settlemire in Warren, Ohio on May 9, 1985, Chris Zylka age is 32. His father has German, Irish, Scottish, and Welsh ancestry. His mother was Polish and Ukrainian from her paternal side, and Czech from her mother’s side. Her son took her Polish maiden name as his stage name when he debuted as an actor.

In high school, he was the star quarterback of Howland’s football team, and was offered a scholarship to play football at Ohio State. But he had other plans for his future and turned down the offer to pursue an acting career instead.

He Got His Break as a Model

The 32-year-old began his career in modeling, doing ad campaigns for brands like Calvin Klein and Diesel. His acting career began with a guest spot on Beverly Hills 90210 and a recurring role in Everybody Hates Chris. He also had guest appearances on Hannah Montana, Cougar Town, and Zeke and Luther. He then landed a 16-episode run as Joey Donner on 10 Things I Hate I about You.

He then moved on to films, mostly B-rated ones like Shark Night and Piranha 3DD. His most memorable role, though a minor one, was as Flash Thompson in The Amazing Spiderman.

His breakthrough role came as Tom Garvey in the HBO drama, The Leftovers, alongside Justin Theroux, Amy Brenneman, Christopher Eccleston, and Liv Tyler. The series aired its final season last April. At the start of 2017, he reunited with his Leftovers co-star, Margaret Qualley in the drama, Novitiate.

He Had Very Publicized Breakups

Though Paris Hilton has had a long history of dramatic relationships, her new fiancé was dating in the age of the Internet, where every bitter Twitter feud is more than just insider news. Chris Zylka’s past relationships include Hanna Beth Merjos (the brand ambassador of Diane Von Furstenberg) and Pretty Little Liars star, Lucy Hale.

Before Paris Hilton, the closest Zylka had come to marriage was getting engaged to Merjos. All seemed to be going well between the couple before their very messy split. Fans were shocked when it surfaced that their 10-month engagement ended, resulting in an ugly Twitter and Instagram feud.  There was a pic of a handwritten note posted on Chris Zylka’s Instagram that read, “I’m disappointed that I didn’t see how fake you were, or pay attention to the backstabbing you did in front of me. I will rise up.”

You think that’s it? There’s more! Chris Zylka went on to tweet that “the guy from boy london [sic]” came over to Merios’ place with flowers, very publicly outing the fact that she was cheating on him. He then called her a “groupie” and told her to have fun “staying sober.”

Just when you think he exhausted his quota for social media breakups, Zylka then dated and broke up with Lucy Hale. The couple were together for six months and sang each other’s praises on Twitter before Zylka used the social media platform to announce their less than amicable breakup, as well. 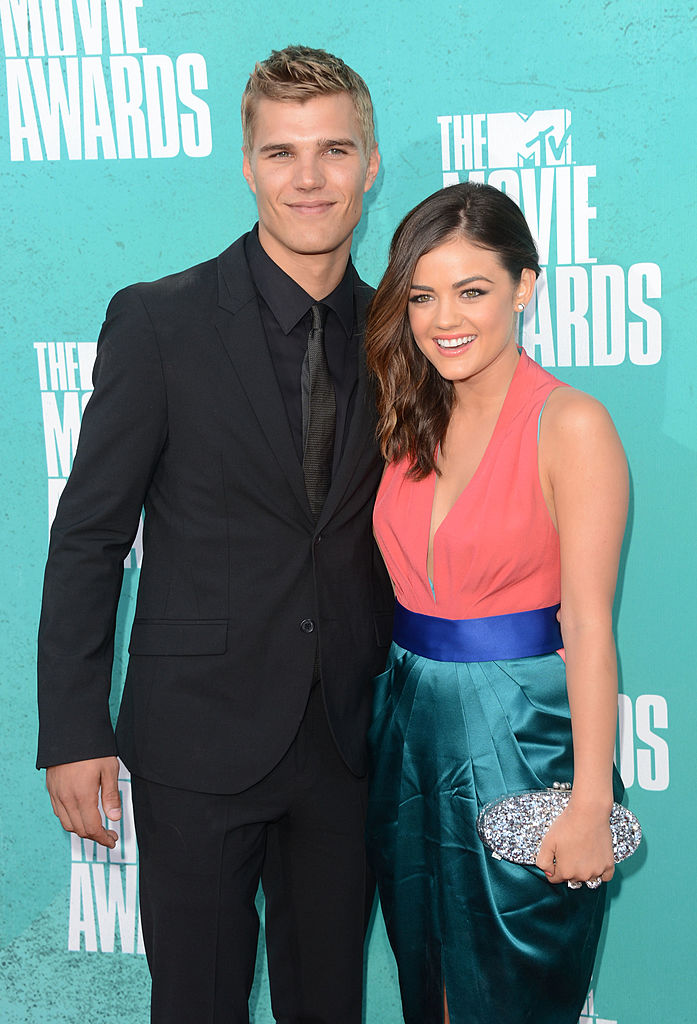 When a Twitter user asked about Hale, Chris Zylka responded, “Don’t have a girlfriend. She decided she was too good.” He then went on to tweet a series of messages (apparently aimed at Hale) saying, “Never any disrespect towards anyone. Only if you say what you say you should stick to it. If you say you love then love.”

He followed it up with a cryptic tweet that read, “There’s a difference between celebrities and movie stars. Celebrities fade away, while movie stars stick around forever.”

Last February, Paris Hilton took to Instagram and Twitter and posted pictures of herself and her “Valentine.” Chris Zylka and Paris Hilton looked utterly in love. Nearly a year later, he popped the question and it looks like the two are to be married sometime soon. It was recently reported that the two were going “50/50” on their wedding plans, or at least, that’s what they say. By the looks of things, it looks like Zylka is happy to let Hilton call the shots. Let’s hope they stay together because we don’t think Paris Hilton wants to be the subject of another one of Zylka’s Twitter rants!

I said Yas! ?????? So happy & excited to be engaged to the love of my life. My best friend & soulmate. Perfect for me in every way. So dedicated, loyal, loving & kindhearted. I feel like the luckiest girl in the world! You are my dream come true! Thank you for showing me that fairytales do exist.?