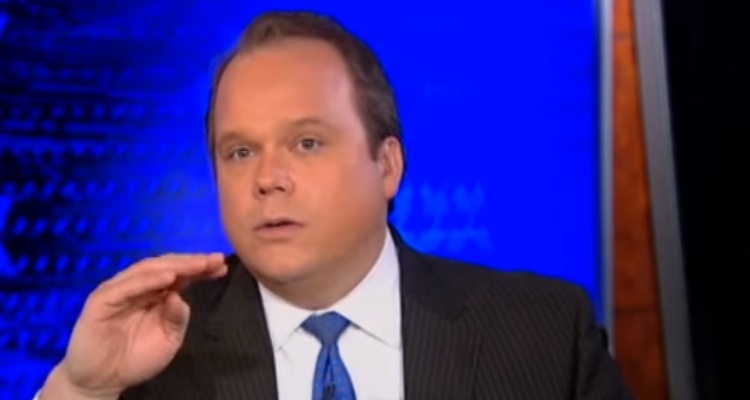 As America gets ready to head back to the polls for the 2020 presidential elections, there’s a lot of uncertainty in Washington, D.C. right now. Americans are being pulled in all sorts of directions when it comes to choosing who to vote for. Thankfully, Fox News host and veritable political pundit, Chris Stirewalt, is available to offer his opinions and help voters make up their minds. If you’re one of the many looking for details on the man, learn all about the political commentator right here, in our Chris Stirewalt wiki.

Chris Stirewalt is a political editor and host who was born in West Virginia. He celebrates his birthday on November 17. Some reports suggest he was born in 1975.

Thanks for all the happy birthday wishes, Internet! I'm blessed indeed.

According to his LinkedIn account, he attended Missouri’s Whitfield School and The Linsly School, a boarding and day school in West Virginia. He graduated from Hampden-Sydney College in Hampden-Sydney, Virginia in 1997.

Fox News’ Chris Stirewalt‘s net worth is unknown, but it’s believed that he makes at least six figures. We know what you’re thinking, and no, he’s not being fired. He started working for Fox News Channel in July 2010 and serves as a digital political editor based in Washington, D.C.

According to his Fox News profile, he authors the daily Fox News Halftime Report and co-hosts his hit podcast, Perino & Stirewalt: I’ll Tell You What. The show stars Dana Perino and Chris Stirewalt, of course. Stirewalt continues to make appearances on other political programs, giving his expertise on current events that relate to politics. And as we all know, in D.C., all roads lead to politics. He also gives his political expert analysis on congressional and presidential elections, as well as state affairs.

Is Chris Stirewalt married? A simpler question would be to ask about nuclear launch codes. Other than a sparsely updated Instagram page that seems to have more dust than an attic, Chris Stirewalt’s wife (or girlfriend) is a mystery. He’s done a great job of keeping his private life a secret, and he’s more active on Twitter as a form of social media. That’s at least one thing he and the president have in common!

By now, we’ve all see the infamous memes of Joe Biden hugging or standing extra close to women and children. Rumors about the creepiness of these images, some of which are clearly fake, have been floating around for a long time.

Now that two women have brought forth actual sexual misconduct allegations against the potential presidential candidate, the jokes just don’t seem as funny—or do they?

On Friday, April 5, 2019, Biden made his first public appearance at a Kansas City forum where he lightheartedly acknowledged the sexual misconduct allegations against him. After walking onstage before a crowd of reporters, Biden greeted his introducer with a hug and then jokingly commented that he had “permission” to do so.

Later on in the same address, when he was surrounded by a group of kids and had his arm around a young boy, the former VP once again cracked a joke about having the boy’s permission to “touch him.” His jokes were met with uproarious laughter from the crowd.

During an interview on Fox News’ The Daily Briefing, Dana Perino asked for Stirewalt’s opinion on the matter. Here’s what he had to say:

“Look, the defining feature of our current moment as a culture, as a nation, is outrage mobs. They stir up; they storm you, they come after you. Things get crazy quickly. How you deal with them is defining for a politician. So Joe Biden is facing an outrage mob … what Joe Biden’s doing here is he’s poking a little fun at himself.”

He went on to comment that Biden had a very good chance of winning over the American public by differentiating himself and his actions from those who’ve actually committed sexual assault. Chris also commended the former VP for not giving in to the “outrage mob” by apologizing or labeling himself a “terrible person.”

On September 11, 2018, Chris Stirewalt released a political book entitled Every Man a King: A Short, Colorful History of American Populists. The book is described as “a fun and lively account of America’s populist tradition, from Andrew Jackson and Teddy Roosevelt, to Ross Perot, Pat Buchanan, and Donald Trump.”

Although the term populism has had many definitions over time, political populists are generally known to favor “the people” over the more established “elite.”

Stirewalt believes Democratic presidential candidate Bernie Sanders is also a classic populist and recently called him the unequivocal front-runner for his party.

“Bernie Sanders is the real front-runner,” he said in response to Sanders’ performance at an April 15 Fox News town hall. “When Joe Biden gets in the race, as he is expected to do, it will be as a counterweight to Bernie Sanders.”

For more of Stirewalt’s analyses, as well as some great witticisms and politically charged posts, follow him on Twitter @ChrisStirewalt.