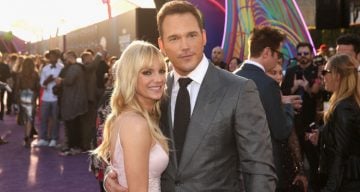 Another Hollywood marriage has bit the dust. Chris Pratt and Anna Faris have pulled the plug on their eight-year marriage, leaving many of their fans in shock. As fans speculate on the reasons for their separation, the couple themselves have asked for their privacy. Chris Pratt’s net worth and Anna Faris’ net worth of $30.0 and $20.0 million respectively will ensure that their lives will be comfortable, with both making more than enough money to support their son, Jack. Their careers appear to be getting brighter and better.

The sad news of Chris Pratt and Anna Faris’ separation is hitting fans hard. The couple wrote in a statement posted on Faris’ Twitter account on Sunday, August 6, 2017, “We are sad to announce we are legally separating. We tried hard for a long time, and we’re really disappointed. Our son has two parents who love him very much, and for his sake, we want to keep this situation as private as possible moving forward. We still have love for each other, will always cherish our time together and continue to have the deepest respect for one another.” Pratt and Faris got married on July 9, 2009, after they met on the set of the comedy film Take Me Home Tonight in 2007. People are curious to know Chris Pratt’s net worth, and Anna Faris’ net worth now that the pair has split.

Pratt made his film debut with a role in the short horror film Cursed Part 3 at the young age of 19. He then landed a role in the TV series Everwood before joining the cast of The O.C. for its fourth season. Pratt started getting attention, and soon started acting in more films and TV shows. Some of Chris Pratt’s movies include Moneyball, 10 Years, Zero Dark Thirty, Her, Guardians of the Galaxy, Delivery Man, The Lego Movie, Jurassic World, The Magnificent Seven, Passengers, and Guardians of the Galaxy Vol. 2. He has a few upcoming projects including Jurassic World: Fallen Kingdom and Avengers: Infinity War. Pratt has also worked in TV shows such as Parks and Recreation, Ben 10: Ultimate Alien, and Mom.

The Funny Girl Next Door

Anna Faris also had a fruitful career in film and television. Some of Anna Faris’ movies that have thrilled the audiences are the Scary Movie franchise, The Hot Chick, Lost in Translation, Brokeback Mountain, My Super Ex-Girlfriend, The House Bunny, Take Me Home Tonight, and What’s Your Number. She showcased her talent in TV shows such as Friends, Entourage, and Mom, as well as a few episodes of Saturday Night Live. When she met Pratt, Faris was married to Ben Indra, Anna Faris’ ex-husband is also an actor, but did not have any roles since 2005.

The Trials of a Celebrity Marriage

The news of the Chris Pratt and Anna Faris’ impending divorce has come as a shock to those who know the couple and all of their fans, some of whom have had extreme reactions to the news. In fact, some have even proclaimed this as the “death of love.” Though news of the couple’s separation might have come out of the blue for fans, Pratt and Faris have been working on their marriage for a while. In a recent interview with People magazine, Faris spoke about the difficulty of being a celebrity couple saying, “I don’t think that’s something when you’re an actor, that you’re prepared for. There are two different roles that you play—the one on-camera and the one in public. That’s the tricky part.” Faris also spoke about the fact that she was sometimes bothered by the so-called “tabloid s**t” regarding their relationship.

Money is Not a Problem

Chris Pratt and Anna Faris’ kid, Jack, will soon be turning five years old. Chris Pratt’s net worth is $30.0 million while Anna Faris’ net worth is $20.0 million, so their son will have no problem living a financially secure life. Pratt’s star is on the rise in Hollywood while Faris has always been a steady presence, so their future looks bright and their individual net worths are sure to grow. Chris Pratt’s house is among his most prized possessions and is valued at $2.3 million. His Los Angeles mansion has an indoor swimming pool.

They also make these beautiful beach blankets but I’m starting to freak out about posting bikini pics -feels very weird -thanks everyone for letting me annoy you on Saturday. I love you

Anna Faris’ Instagram account has pictures of her having fun, with Pratt and their son, with friends and colleagues, at work, spending time outdoors, and cooking in the kitchen. It is obvious that the couple had many memorable moments in their eight-year marriage before making the mutual decision to separate. Both Pratt and Faris are cautiously going ahead with their separation plans for the sake of their son. However, if separating is the right move for Chris Pratt and Anna Faris, we can only wish them the very best for their future.