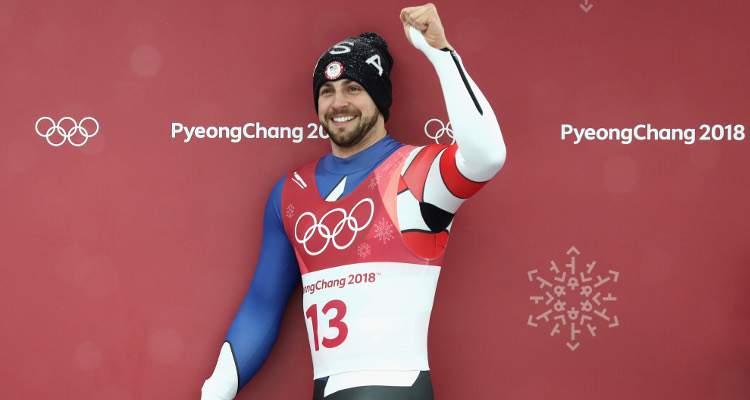 Team USA has another medal! After snowboarder Red Gerard won gold, luger Chris Mazdzer delivered an incredible performance to take home silver. The 29-year-old is in the limelight, and everyone is wondering if he has a girlfriend. Sorry ladies, he’s taken! Chris Mazdzer’s girlfriend is Mara Marian, and we have everything you need to know about her right here.

Chris Mazdzer became the first American to win a medal in the men’s singles luge event! It was a historic victory for the luger who put together a remarkable run for a podium finish.

With the win, fame came calling, and all eyes are on the handsome luger and his beautiful girlfriend. Who is Mara Marian? Keep reading to know more about Chris Mazdzer’s girlfriend in our Mara Marian wiki.

Marian may be known as Mazdzer’s girlfriend, but this Romanian-born lady is making waves in Utah’s event planning circles!

She was born in Bucharest, Romania and now lives in Utah. She runs her own wedding planning and event company called Fuse Wedding & Events in Salt Lake City.

Along with planning and designing weddings, Marian also plans corporate and social events for clients looking to add a unique touch to their events.

Fuse Wedding & Events also has connections with popular Salt Lake City clubs, bars, and restaurants, allowing them to run events at these venues.

Her previous jobs include manager at Nordstrom, and director of VIP and private event services at The Hotel Bar and Nightclub in Salt Lake City.

This lucky lady has been dating Mazdzer for some time now. Mara Marian’s Instagram is filled with amazing pictures of the couple, and we are in love!

From enjoying an evening in San Francisco to cheering Mazdzer on at luge events, Marian is always by her man’s side!

Mazdzer’s win at the men’s singles luge event put him on the map almost overnight! Not even Saturday Night Live’s Leslie Jones could help but admire this amazing athlete.

Jones has been tweeting her coverage of the event and took a liking to Mazdzer saying, “Damn, he is fine.” We couldn’t agree more!

Marian has been Mazdzer’s biggest cheerleader in Pyeongchang! Armed with a giant cutout of his face, she took off her parka in the freezing temperatures to celebrate his historic win.

In an Instagram post, Marian couldn’t contain her excitement as she thanked everyone for supporting Chris Mazdzer.