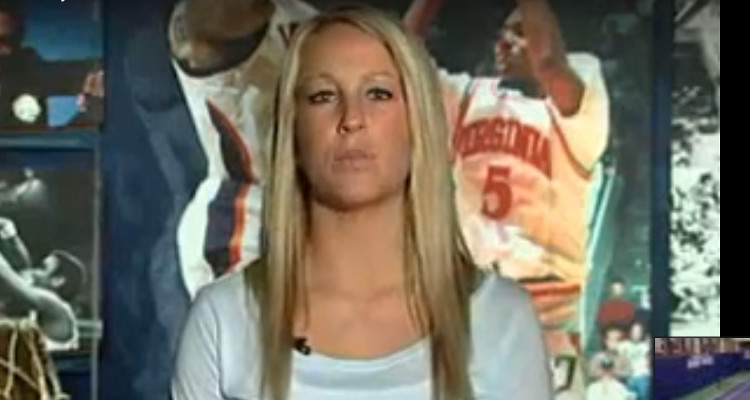 Megan O’Malley was a gifted lacrosse player who represented her high school and college for several years. She married football player Chris Long in June 2013 and is now the proud mother of a baby boy! While Long is shredding opponents to bits on the football field, O’Malley is at home taking care of their baby and family. Read all about her here!

People who have seen Chris Long’s wife, Megan O’Malley, can’t help noticing how pretty and petite she is. (Then again, anyone might look small standing next to him!) Chris Long is a defensive end for the Philadelphia Eagles, and played college football at Virginia, where he was unanimously voted as All-American. He also played for teams like the St. Louis Rams and New England Patriots, with whom he won Super Bowl LI. Trust a sportsman to marry a woman with a sports background! O’Malley attended the University of Virginia and was a member of the women’s lacrosse team. She played splendidly for them, and in 2006, was named to the U.S. National Developmental team. People are curious to know more about her, so we have some details from Megan O’Malley’s wiki.

Born on March 26, 1986, in Fairfax, Virginia to Robin and Joe O’Malley, Megan O’Malley’s age is 31. She has a sister named Katie who played basketball while at John Hopkins University. O’Malley was active during her high school days in Moorestown, New Jersey, and had a fantastic lacrosse career. She even made it to the U.S. Lacrosse All-American team in 2003 and 2004, and said that her personal favorite sports moment was when she signed her national letter of intent to attend the University of Virginia. Her favorite overall sports moment was “Michael Jordan’s last shot before retiring in his last NBA championship.”

When asked why she chose the University of Virginia, O’Malley replied, “I wanted to be the best I can be in lacrosse and to do that, I needed to be with the best. My freshman year, I used to walk by the lacrosse practice fields after softball practice and wanted to give it a try. By the end of my sophomore year, I was part of a state championship lacrosse program.” Megan O’ Malley’s net worth may be unknown at this time, but her husband Chris Long’s net worth is a very healthy $28.0 million and growing!

Overjoyed with Arrival of Their Son

Megan O’Malley married Chris Long on June 22, 2013, in Charlottesville, Virginia, and they welcomed a baby boy on March 2, 2016. The couple named their son Waylon James Long and are doting parents whose lives now revolve around their child. As evident by Long’s Instagram account, he is one proud father and husband, and never misses an opportunity to shower his wife with affection. Some of their family photos are just too cute, and it looks like they could have another footballer in the family with little Waylon!

O’Malley’s family is highly involved in sports, with several members playing for professional teams in their chosen sport. She is fully supportive of her husband and his demanding career. Anyway you look at it, Chris Long is one fortunate guy!