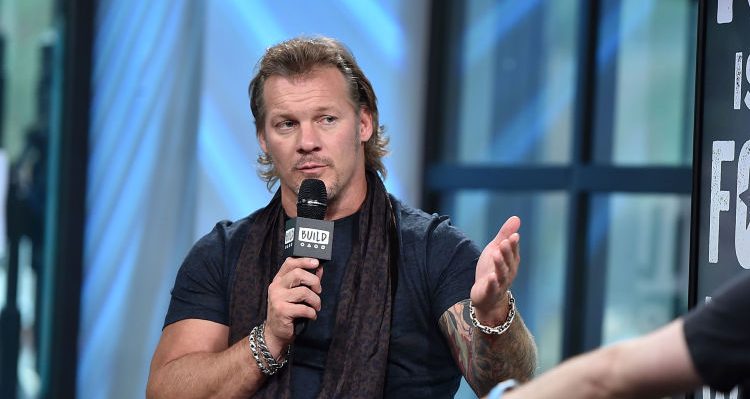 It’s been quite a while since a wrestling event outside of the WWE made headlines. But, New Japan Pro Wrestling did it this year with possibly the top personality in their league, Kenny Omega, going up against Chris Jericho, who has been the WWE flag bearer for years. The match itself was nothing short of amazing, but which of the two is winning financially? Jericho has had a long career full of financial opportunities, but Omega is red hot and has merchandise selling hand over fist in Hot Topic stores across the United States. So, let’s take a look Chris Jericho’s net worth vs. Kenny Omega’s net worth.

Kenny Omega’s career isn’t as long as Jericho’s, as Omega has only been working professionally since 2000. While that’s 16 years, Omega’s career really didn’t start to pick up steam until he began working for New Japan Pro Wrestling (or NJPW) in 2010. Even then, it was a slow head of steam building until 2014, when he joined the stable known as the Bullet Club.

Upon entering the Bullet Club, Omega’s hard work began to pay off. He started wrestling higher up with bigger matches and better payouts. He arguably started his current peak in 2016, when Omega took over as the central character and leader of the Bullet Club in 2016.

According to sources, Kenny Omega’s net worth in 2017 was estimated at $700,000, but don’t expect it to stay like that for long. Arguably, Omega is one of the hottest wrestlers currently working!

Due to Omega’s popularity and that of the tag team known as The Young Bucks, NJPW was able to get a foot in the door selling merchandise through the popular chain store, Hot Topic. In fact, merchandise for Bullet Club and The Elite (another faction Omega is a part of but has an actual ownership stake in) are the top-sellers in those stores and pretty close to the top-selling shirts at Hot Topic, period.

NJPW’s biggest contract is with Kazuchika Okada, who reportedly makes $2.2 million. Given that Omega is the face of the company for its North American expansion and that he is most certainly getting very nice offers from other wrestling organizations, expect that contract to go as high as Okada’s upon his next renegotiation.

Chris Jericho’s career can be summed up in two words—longevity and reinvention. Jericho started wrestling professionally in 1990.

It could be argued that Jericho’s career did not kick into top-level status until 2001, when he started his run to become the WWE’s undisputed champion. And, due in part to his loyalty and drawing power, Jericho can come and go from the company and make stars out of the other wrestlers he works with. In short, Jericho is good for business.

Meanwhile, the numbers are scarce with regards to Chris Jericho net worth in 2017. However, it’s estimated that his salary and assets are estimated at around $18.0 million, according to sources. Jericho has taken his success and financial gain as a wrestler and turned them into a springboard for other ventures.

Merry Christmas from your friends in @fozzyrock!! We’ve already got 44 shows booked around the world for 2018…so we will see you soon! #JudasEffect fozzyrock.com for ALL ticket and #FozzyVIP package info! (Graphic by @wrestlingparty )

Also, Jericho’s metal band, Fozzy has had relentless, solid-selling albums and tours to keep him busy when he isn’t wrestling. And, he has developed a whole network of podcasts, which have recently moved to Westwood One’s podcasting network.

The pro-wrestler has dabbled with acting and played small parts in a few movies like MacGruber and made appearances on Dancing with the Stars, as well as other TV shows.

Jericho is also a best-selling author with four books under his belt and a fifth one in the works.

And the Winner Is…

If you took a look at the Wrestle Kingdom 12 results, you would know that the Chris Jericho vs. Kenny Omega fight ended with Jericho losing to Omega. With that said, the financial winners of the match are all who were involved.

Jericho’s involvement allowed NJPW to sell more seats at the Tokyo Dome and make more money. The quality of the match between both men means that if they ever want to do a sequel, there is a big payday to be had.

Regarding net worth, Jericho is well in the lead. But, Omega has enough time ahead of him to learn from Jericho’s financial moves and plot out some for himself to bring him to a similar level.