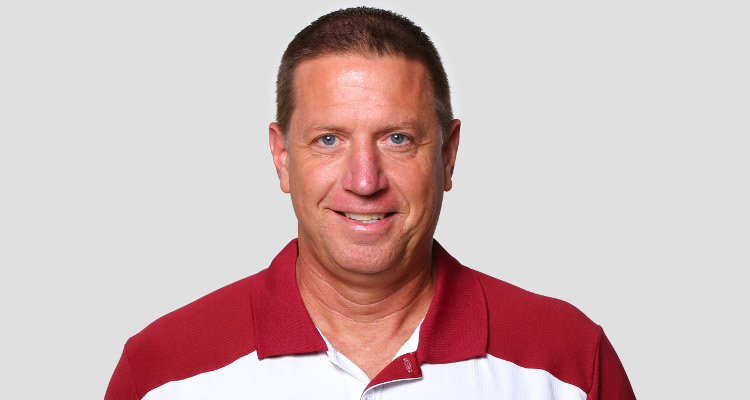 Chris Foerster resigned from his position as Miami Dolphins offensive line coach on Monday (October 9). It is a direct consequence of a now viral video that surfaced, where he’s seen snorting a white powder and professing his love to a woman who is not is wife.

Chris Foerster married Michelle Massey in June 1985, when he was the offensive line coach for the Colorado State Rams. Not much is known about Massey except that she was born in October 1961 and was raised in Maine.

Like many NFL assistants, Foerster worked hard to make himself indispensable to the teams he worked with. In the three decades of his coaching career, he had nine stops. He was willing to uproot his life and move to wherever he was needed for football. According to some reports, his nomadic lifestyle strained his marriage, as he and his wife have reportedly been living separately since 2004.

The coach and his estranged wife are parents to three grown children. Their eldest child and only daughter, Kathleen Foerster, now Kathleen Colby, is 29 years old. According to her LinkedIn, she currently lives in Indianapolis, Indiana, where she works for the Indianapolis Motor Speedway as a Client Services Coordinator.

She graduated from Florida State University with a Bachelor of Arts in Mass Media and Spanish. She worked as an intern and as a special projects assistant in the 2012 Superbowl Host Committee.

Her brother, Jake Christopher Foerster, will be turinigng 26 years old, while the couple’ youngest child, Micah’s age is unknown.

Michelle is a Nurse

According to records, Michelle is a registered nurse in St. Petersburg, Florida. She mentions on her LinkedIn page that she graduated from the University of Phoenix with a nursing degree. There, she was part of the Sigma Theta Tau International Honor Society Of Nursing, Omicron Delta Chapter, which provides scholarships to nursing students to help with their education and careers.

She has been working for 5th Avenue Pediatrics for 20 years. The practice, which was founded in 1946, currently boasts a staff of five doctors and 10 nurses. She recently completed a 24-hour credit certification in addiction studies from St. Petersburg College.

After the video of Chris Foerster snorting a white powder broke out, neither Michelle nor any of the Foerster kids have made a statement. They have not spoken out on anything surrounding the scandal, even after Kijuana Nige said she was dating Chris Foerster.

After resigning from the Dolphins’ staff, Chris Foerster made a statement but didn’t mention his wife. “I am resigning from my position with the Miami Dolphins and accept full responsibility for my actions,” he said further adding, “ I want to apologize to the organization and my sole focus is on getting the help that I need with the support of my family and medical professionals.”