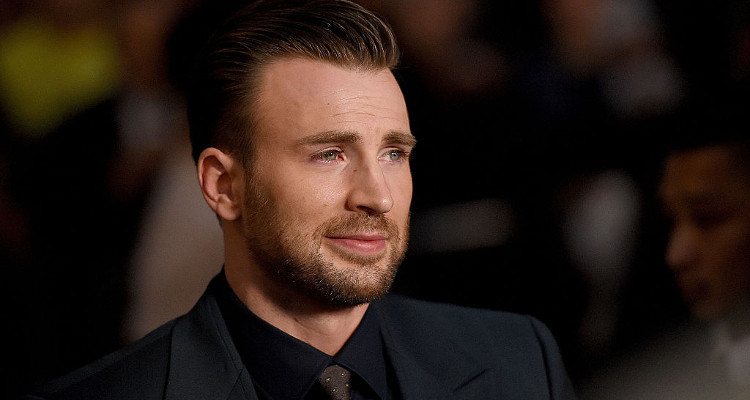 We haven’t seen Captain America have much luck with love after Agent Peggy Carter. But Chris Evans, who plays the Star-Spangled Hero has never had difficulty getting a girlfriend. In fact, he’s got a long list of celebrity girlfriends, and we’re happy to share them with you!

When Chris Evans is not busy playing an Avenger, he’s expressing his opinions on President Trump. But we’d rather look at Chris Evans’ long list of girlfriends, as we’re sure most would! While most Marvel fans are wondering whether Evans will be retiring from Captain America, others are asking, who is Chris Evans dating? The answer may actually be an Avenger! If you haven’t noticed, Evans prefers dating actresses. He explains in an interview that it’s easier to date someone who shares the same experiences in the industry. Check out all of the famous girlfriends Evans has dated and his (rumored) girlfriend in 2017.

Evans has had a few relationships whispered about, but never confirmed. The first of them is with Kate Bosworth, who he met when they filmed the 2000 drama movie, The Newcomers. They were linked romantically, but that was all there was to it before the rumors fizzled out.

This was one of his legit romances. Biel had played his on-screen love interest in Cellular and London. But just like their characters in London, the couple parted ways after five years of dating. Biel has since moved on. We hear she’s married to a certain former boy-band member we all can’t help but love (cough, Justin Timberlake). Aside from the slew of hit singles and Grammy Awards under JT’s belt, he and Biel welcomed their highest achievement, their son Silas in April 2015.

The ultimate rebound to move on from a long relationship is dating a supermodel, and that’s what tabloids claimed Evans was doing with Gisele Bundchen. But she denied these claims saying, “If everything that’s written about me was true, I’d have about ten kids and I’d be married five times, one of them with some actor named Chris Evans, whose name I heard for the first time two hours ago.” Never trust the tabloid fodder!

Evans first met the Shameless star in 2007 and the two were romantically linked. Though they were spotted making out in a bar named Teddy’s in Hollywood, her reps denied they were an item. They weren’t spotted together after that one time, ending the dating rumors. Guess we’ll never know if they dated or not!

This was one blink-and-you-miss-it relationship! Evans and Ricci made their public debut as a couple at the 2007 Met Gala. They were arm-in-arm as they posed for the photographers and Evans even gave the pint-sized actress his coat because she was cold!

Following her ugly breakup from Alex Pettyfer, Glee’s Dianna Agron was getting flirty with Evans at a pre-Oscars party in 2011. Pettyfer had got himself banned from the party for his bad boy behavior. They dated briefly, but we didn’t see much of the couple after that.

At the same time speculations were flying about Evans and Agron, Twilight’s Ashley Green’s name was thrown into the mix. A source told the media that Greene was “all over” Evans at a Hollywood hotspot. However, a friend of Evans denied they were dating.

The Fantastic Four hero has never shied away from talking about his childhood crush, Sandra Bullock. So, when they were seen together at the 2012 Vanity Fair bash and again at a few dinners, the dating rumors couldn’t be stopped. Bullock even joked about her rumored beau. “You guys are a little behind. We’ve since married and it started breaking apart, so we separated. We filed for divorce, and I hope everyone can respect our privacy. But we’re going to remain friends and share responsibility of the farm animals we’ve taken on, because you just can’t abandon the animals.” Obviously, Sandy B. got the last laugh!

Like any other on-and-off celebrity relationship, Evans and Minka Kelly sent the rumor mill into overdrive. He first dated the Friday Night Lights actress in 2007, broke up, rekindled again in 2012, and broke up in 2013. They reignited the dating rumors in 2014 and 2015, when they were spotted hanging out together a couple of times, including at Evans’ home.

Shortly after her marriage with filmmaker, Dean Fleischer-Camp ended, comedian-actress Jenny Slate rebounded with Captain America. They are costars in the upcoming drama movie, Gifted releasing in April this year. A month ago, it was revealed that the couple broke up after less than a year of dating. Their conflicting schedules was the cause of their breakup, but reportedly there’s no bad blood between them.

After four Marvel movies, The Perfect Score, and The Nanny Diaries, there’s no way Chris Evans and Scarlett Johansson could escape dating rumors! Since his breakup from Jenny Slate and her divorce from Romain Dauriac happened right before the 2017 Oscars, there have been more hints that something could be going on with these two. They requested to be seated next to each other at the Oscars, and throughout the evening the two looked flirty, whispering to each other during the ceremony. Sweet nothings perhaps? Johansson is currently locked in a bitter custody battle with Dauriac over their daughter, Rose. Though their respective splits are quite fresh, there’s no doubt fans would love to see Captain America and Black Widow get together!