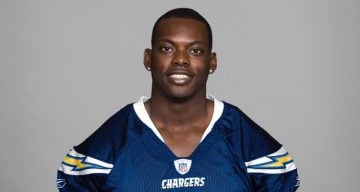 VH1 is bringing us a new show on the life of football players and their wives. Baller Wives is a Miami-based show that stars Chris Chambers and his wife, Stacey Chambers.

#1. Who Is Stacey Bernice Saunders?

However, after she was investigated for harassing the Chambers family, it was found that she faked some of her credentials. She currently works with Chris and is the co-owner of Chamber fitness and Martial Arts Athletics. She also has her own business, Crystal Clean Deluxe.

#2. He Cheated on His Wife with Stacey

Chris Chambers was first married to a woman named Christina. They were together for 11 years and married for three. They even have a son, Chaz Chambers. At the time of Chris and Christina’s marital problems, Chaz was around two years old.

Chris was cheating on his wife with Stacey for a long time. Their affair took a dark turn with Stacey harassing Christina. A legal battle between Christina and Stacey culminated in the couple’s divorce, and Chris soon marrying Stacey.
#3. She Stalked Him

The NFL pro was seeing Stacey Saunders behind his wife’s back for months before he tried to call it off and focus on his marriage. But Stacey wasn’t having it. She stalked Chris, his wife, his mother-in-law, and his sister-in-law. Stacey sent abusive text messages, voicemails, and phone calls to Christina and made repulsive comments about the then two-year-old Chaz. Saunders was charged with 11 misdemeanor counts on stalking and harassing charges by the Chambers family.

Christina had to upgrade the security system of their house and hire bodyguards for the family. However, Chris reportedly continued his relationship with Stacey despite his family being harassed. He later sought a restraining order against Stacey when she called the San Diego Chargers’ facility (his team back then).

According to some reports, Stacey lied about being pregnant with Chris’s child and threatened to leak his personal information if he didn’t comply with her financial demands. It was also proved that she made up a fake profession.

And we thank you Stacey. We appreciate you. #BallerWives pic.twitter.com/opWT67JP7U

#4. He Divorced His Wife for Stacey

Stalker Stacey was beginning to affect Chambers’ professional life too. The Chargers had released him after a streak of disappointing performance in the gridiron and he even said his dramatic off-the-field life was one of the reasons they dropped him. He went on to sign with the Kansas City Chiefs.

Two months after his wife approached the police about Saunders, Chambers filed for a restraining order against Stacey. Saunders and Chambers were expected to be in court on June 23, 2009 for the hearing on the restraining order. But neither showed up and the request was dropped. Surprisingly, Chambers filed for divorce from Christina a week later. He cited irreconcilable differences as the reason.

#5. He Wasted No Time Marrying Her

Chris and his ex-wife were locked in a court battle for their son’s custody, spousal support, and child support. Their divorce was finalized in July 2010. According to reports, Chambers didn’t wait for the ink on his divorce agreement to dry before he married his stalker.

A few days after his divorce from Christina was finalized, Chambers married Stacey in a Las Vegas wedding on July 24, 2010. This is the first stalker story that doestn’ have a dreary ending! They are parents to two girls, Crystal (born 2012) and Chanel (born 2017). Despite their unusual start, the couple seem to be doing fine. They now star on VH1’s Baller Wives which premiered last night (August 14).