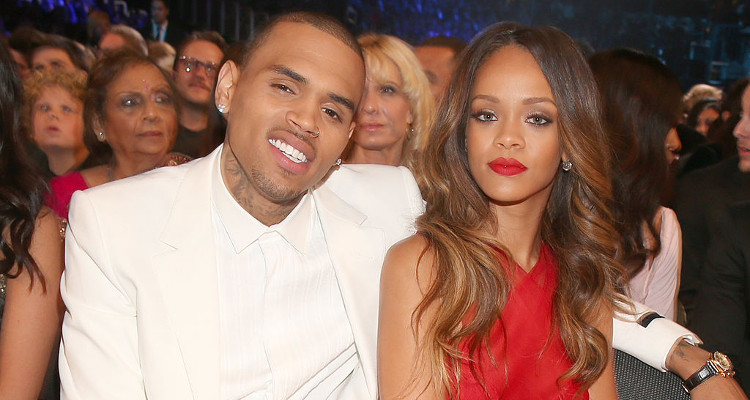 Chris Brown went from being a beloved pop star to a villain overnight, after he assaulted Rihanna. His legal drama has seen no end over the past few years and it is the subject of his new documentary, Chris Brown: Welcome to my Life, set to release today.

In 2009, Chris Brown was arrested for assaulting singer Rihanna and injuring her badly. Soon, pictures of Rihanna’s battered face were all over the Internet. Prior to this incident, Brown already had temperament issues. So, when the details of Chris Brown and Rihanna’s domestic violence came to light, obviously, he received a lot of flak from fans and people on social media.

Come 2017, Rihanna has moved on with her singing career and humanitarian work. Meanwhile, Chris Brown is faring better with his precious daughter, Royalty, a new album, Heartbreak on a Full Moon coming soon, and his new documentary, Chris Brown: Welcome to my Life. The Rihanna case was a turning point in his life. Even his alleged Rihanna tattoo got him into trouble! When he spoke about the assault in the documentary trailer, it renewed interest in the case, and now everyone wants to know more about the Chris Brown-Rihanna police report.

End of a Clean Image

Chris Brown had a clean public image as a musician before 2009. But it was tainted when the then 19-year-old Brown had a vicious fight with Rihanna, his girlfriend at the time. It happened a day before the Grammy Awards, where the singers were nominated for two awards each. They had left a pre-Grammy party and had got into an argument, which escalated into a physical altercation.

In the pictures that leaked online, Rihanna’s face and arms were covered in visible contusions and bruises. Following Brown’s arrest, several ad campaigns dropped him, his music was withdrawn from radio stations, and he withdrew from public appearances, including the 2009 Grammy Awards, where he was replaced by Justin Timberlake.

Revelation of the Horrific Episode

As Brown’s battery case progressed, gory details of the assault were released to the public. The authorities had taken pictures of Rihanna’s battered face which was marred by contusions, a split lip, a bloody nose, and “serious swelling and bruising.” The report also said that she had bite marks on her arms and fingers.

Rihanna reportedly refused treatment at the scene, but allowed the photos. She later checked into an L.A. hospital. She also told the police that the assailant did the damage solely with his fists and not by a weapon.

Reports claimed that the pressure of their work and rumors of infidelity had caused a strain in their relationship. A couple of years later, court documents or police reports related to the battery case were leaked. The report revealed appalling details of the night between Brown and Robyn F (Rihanna’s real name).

“Brown was driving a vehicle with Robyn F. as the front passenger on an unknown street in Los Angeles. Robyn F. picked up Brown’s cellular phone and observed a three-page text message from a woman who Brown had a previous sexual relationship with,” said the report.

The report continued to explain that when an argument broke out, Brown pulled over the car and tried to force Rihanna out, but couldn’t with her seat belt on. “When he could not force her to exit, he took his right hand and shoved her head against he passenger window of the vehicle, causing an approximate one-inch raised circular contusion.”

He then punched her multiple times with his right hand, with the other on the wheel while he continued to drive. He even threatened to beat her up further when they were home. She faked a call to her assistant, which angered Brown further. He rained more punches on her, which left bruises on her arms. He even threw her phone out of the window, put her in a headlock and bit her fingers. He stopped the car and continued to punch and bite her. A concerned resident of the nearby neighborhood heard Rihanna’s screams for help and called 911.

Brown was charged with felony assault and criminal threats. He accepted a plea deal of community labor, five years’ formal probation, and domestic violence counseling. But his apology wasn’t enough to appease the angered masses. When he claimed to not remember what happened, he faced severe backlash. Even his tattoo, which looked like the battered face of a woman got criticized. He, however, vehemently denied it was a tattoo of Rihanna.

After the Chris Brown beating, Rihanna gave interviews when the assault issue was brought up. She said that she didn’t have any hate for Brown. In 2015, Brown officially completed his probation, but his troubles continue to mount. In 2012, he was on Good Morning America, when Robin Roberts brought up the assault. He got angry and walked off the set, but not before breaking a window with a chair. He had more incidents of physical altercations, but his problems have decreased recently and he seems to have improved for his daughter, Royalty.

In the trailer for his documentary, Brown recollects his dark past and says he contemplated suicide after the assault. Chris Brown: Welcome to my Life hit theaters on June 8, 2017.