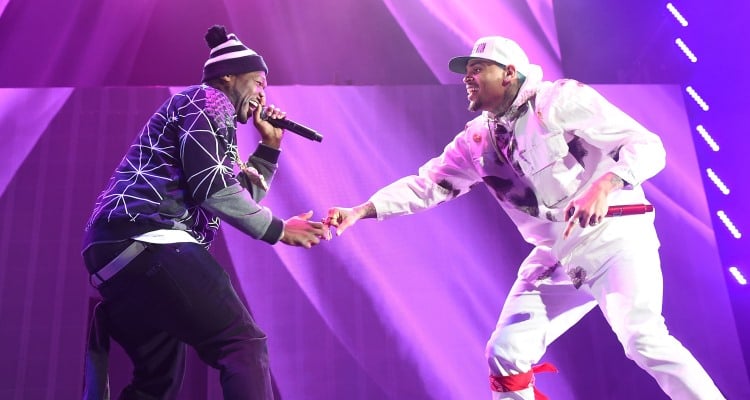 Chris Brown just dropped a bomb on his fans and it’s a good one! Chris Brown’s The Party Tour has just released its tour dates for his U.S. shows and fans couldn’t be more excited for what the “Loyal” singer has to offer.

If you haven’t been to Chris Brown’s Twitter page, then head over now and see the good news for yourself! The Party Tour will be headlined by the “Party” singer himself, featuring rapper 50 Cent. The “Grass Ain’t Greener” singer took to his Instagram account to share the good news with his fans and captioned the photo, “#THEPARTYTOUR! Click the link in bio for DATES & INFO http://smarturl.it/thepartytour. Pre-sale starts tomorrow! ????????????” Fans were both excited and upset that Brown wasn’t playing in every city or every country. One fan even asked if he could get his UK ban lifted! Unfortunately, there’s no chance of Brown going across the pond anytime soon. 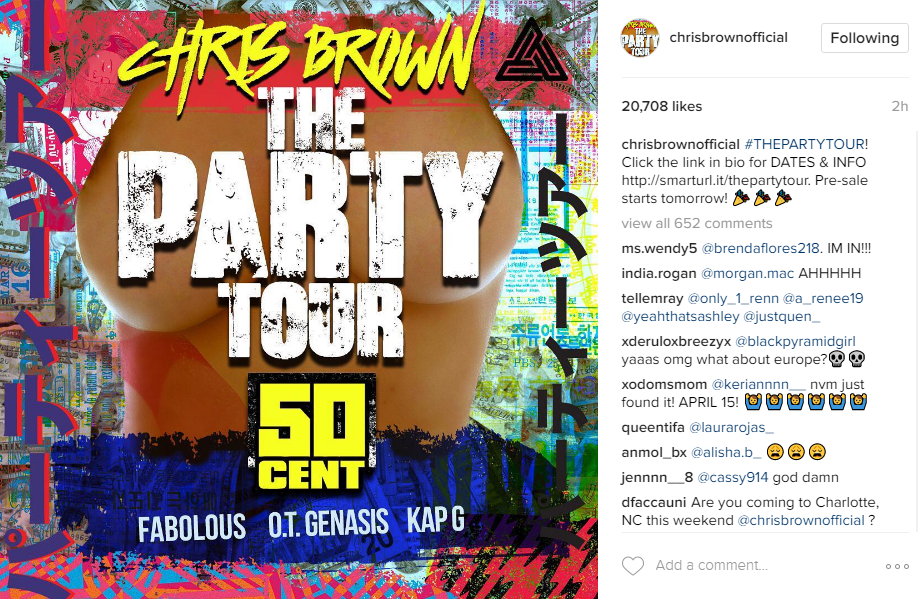 Brown’s tour starts on Friday March 31 at the Royal Farms Arena in Baltimore, Maryland and ends on Tuesday May 23 at The Forum in Inglewood, California. We hope you already grabbed your tickets because every single show of the hit singer’s upcoming tour is already sold out! We can’t believe it either, but then again, it’s Chris Brown. This year is a big one for artists and music lovers everywhere. It seems everyday there’s a new announcement of a tour or single dropping and it doesn’t look like it will be slowing down anytime soon. That’s good news though and we have to wonder who will be tomorrow’s big surprise!