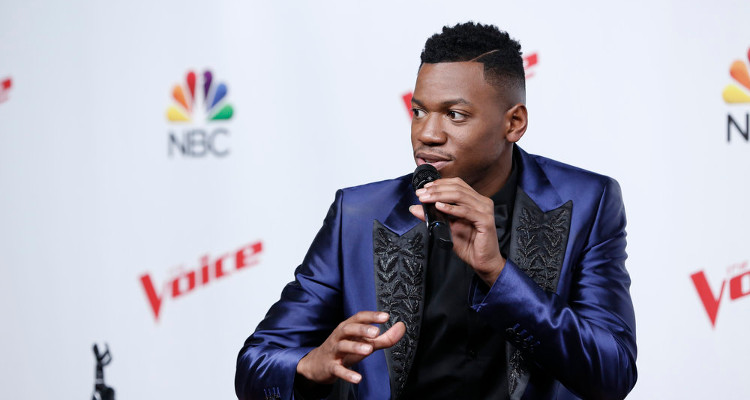 In case you haven’t already heard, Chris Blue is The Voice 2017 winner! The Knoxville native has definitely made his family proud. Take a look at Chris Blue’s The Voice audition video to see just how far he’s come!

Chris Blue had it in him from the start. After competing long and hard, he was crowned the winner of The Voice Season 12. His coach was “No One” other than Alicia Keys, whom he wowed the second she heard him sing.

Even Blake Shelton guessed Chris’ win during the Battle Rounds saying, “I’ve been doing this long enough to know that Chris will be in the finale.” Find out more about The Voice 2017 winner and take a look at the journey Chris Blue and his coach went on from his audition to the finale.

Wahoooo!! When you can finally let loose and BREATHE!! Because @aliciakeys turned around for you on @nbcthevoice #voiceblinds last night!! #season12 #TeamAlicia #teamchrisblue #teamlove #Family

During the Blind Auditions, Alicia Keys was the only coach who had a spot left on her team. Chris Blue walked on The Voice stage and definitely impressed the judges with his soulful voice. After his performance, Chris did a little celebratory dance and his coach joined in!

When Alicia asked Chris how he became so talented, he said, “God, my mama, and my family. A little bit of Adam [Levine], too. Just a little bit though.” Keys mentioned that she was looking for a male voice to complete her team. She said she wanted, “Someone who was a little bluesy and soulful. And boom.”

Chris’ hard work, voice, and his coach’s guidance got him far in the competition, helping him become the winner of The Voice Season 12. Watch Chris Blue’s Blind Audition, and relive the moment he became a star below: