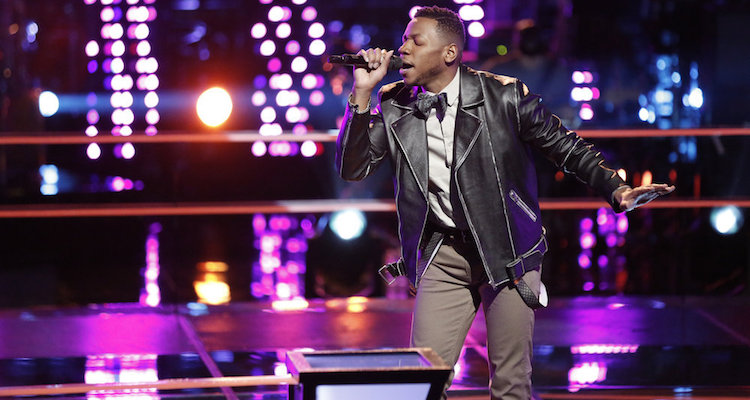 The Knockout Rounds for The Voice are finally here and all eyes should be on Chris Blue! The Team Alicia contestant amazed not only the coaches, but the crowd as well! If you’re looking to get in touch or follow the Knoxville native, then have a look at our list of Chris Blue’s social media accounts.

The contestants on The Voice just keep getting better with every episode and the fear of elimination must have something to do with it! Each week, they need to give it their all or else they run the risk of getting sent home. And let’s face it, no one wants to go home when you could be spending every week with stars like Alicia Keys and Adam Levine! In our eyes the top contestants on The Voice are: Casi Joy, Quizz Swanigan, Aliyah Moulden, Chris Blue, and Stephanie Rice. But last night, Blue took it to another level when he sang Stevie Wonder’s “Superstition,” and Keys couldn’t stay in her seat! In the end, Blue won over the 13-year-old prodigy, Swanigan, who was stolen by Team Gwen.

From hitting high notes to dancing to the beat, Blue made everyone green with envy after he sang his heart out in the Battle Rounds. If he didn’t win, we would have just assumed that any judge would have stolen him for themselves!

My heart is filled with so much gratitude and joy!! Thank you guys for ALL of the love you've shown!! It hasn't gone unseen!! I'm so grateful for you all!! Let's keep it going!! Here's the iTunes link: http://apple.co/Superstition Go check out the studio version!! Hope you guys like it!! God bless you All!! #teamalicia #teamchrisblue #teamlove #Family

Also Read: Troy Ramey Wiki: Everything You Need to Know about “The Voice” Contestants

Chris Blue’s Instagram username is “chrisblive” and fans of the 26-year-old can find all of his latest pics there. From personal photos to his journey on The Voice, Blue isn’t shy about how much he shares on his page and not surprisingly—it’s mostly about the music!

Chris Blue’s Facebook username is “Chris Blue Live” and like his Instagram, you can follow his every move. Fans can also ask questions or add him. It’s a great way for the singer to stay in contact with the people that support him.

Chris Blue’s Twitter username is “chrisbluelive” and fans can reach him and receive updates in real time. There’s countless ways to reach Blue if you ever want to know what he’s doing next! Building a solid fan base is important, especially this early in the game, and Blue seems to be taking full advantage of social media to interact with his fans! Smart move, Blue!

Chris Blue’s Snapchat username is “cblue726” and if you’re into short, up-to-date videos of the young artist, then Snapchat is the way to go!

To catch more of Chris Blue, watch The Voice on Mondays and Tuesdays at 8:00 p.m. EST, on NBC!