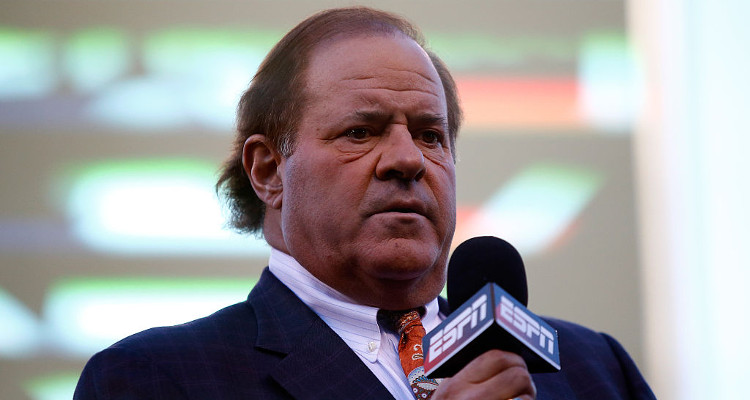 EPSN sportscaster, Chris Berman lost his wife yesterday (May 9) in a car accident near Woodbury, Connecticut. Chris Berman’s wife, Kathy Berman was pronounced dead at the scene. We have details on Kathy Berman’s cause of death and more on her life, right here.

Currently, their son is the Manager of the New York Market for an alcohol-delivery service called Drizly, while Meredith works at Brown University as the Director of Regional Engagement Programs.

Katherine Berman died in a fatal car accident near Woodbury, Connecticut on Tuesday. The crash took the lives of the 67-year-old, as well as 87-year-old Edward Bertulis, the driver of the other vehicle involved in the crash.

According to the state police, Berman was driving the 2003 Lexus SC 430, while Bertulis was behind the wheel of the 2003 Ford Escape X. Reportedly, Berman rear-ended Bertulis’ car on Route 64, near Tuttle Road. Berman’s car continued traveling east, veering off the road and went down a small embankment overturning in a small body of water.

Kathy Berman was pronounced dead at the scene while Bertulis was rushed to Waterbury Hospital, where he later died from his injuries.

Troopers are looking into the possibility that Bertulis suffered medical emergency in the moments before his vehicle was hit.

ESPN broadcasterChris Berman’s wife has been killed in a car accident. She was 67. https://t.co/KyLpqQD0in

“This is a devastating tragedy and difficult to comprehend,” John Skipper, president of ESPN said in a statement, adding, “Chris is beloved by all his ESPN colleagues and for good reason: He has a huge heart and has given so much to so many over the years. We know how much his family means to him and all we can do at a moment like this is give him the love and support he will surely need at this hour. Our thoughts and prayers are with Chris, Meredith, Doug and the entire family.” Coincidentally, today is also Chris Berman’s birthday; a day that will now evoke both joy and tears.

Prayers up for Chris Berman he lost his wife Kathy Berman in a car accident. Today is also his birthday pic.twitter.com/Xo96y65qpA

Our condolences go out to Chris Berman and his family during this tragic time.