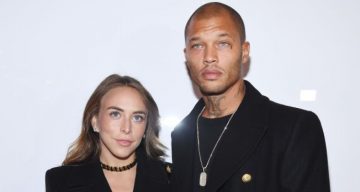 It’s official! “Hot felon” Jeremy Meeks is a father again!  The convict-turned-model is expecting his first child with his girlfriend, heiress Chloe Green. While this comes as  bittersweet news to fans (mostly sweet), many want to know about Chloe Green’s net worth in 2018, which could be in the billions! Did Meeks just hit the jackpot?

The 27-year-old Topshop heiress, raised in a world of wealth and titles, is making headlines once again. But this time, it’s for baby news! According to reports, she and boyfriend Jeremy Meeks have announced they are expecting! This begs the questions; how much is the British socialite worth and is a wedding in the near future?

How Rich Is Chloe Green?