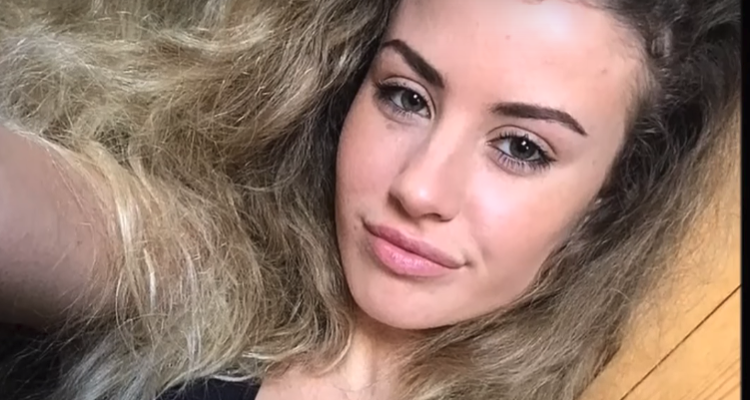 Chloe Ayling is currently in the limelight for more than her sexy pics on Instagram. The 20-year-old model is now in the spotlight after claiming she was kidnapped in Italy. There are currently over 221k followers on Chloe Ayling’s Instagram account, which has tons of Chloe Ayling’s hot pics.

Chloe Ayling was born on June 14, 1997 and is a model from Coulsdon, South London. The 20-year-old is a mother of a two-year-old boy. She was reportedly drugged and kidnapped in Italy by two men who claimed to be a part of the group Black Death, which claims to sell women online.

According to sources, Ayling was kidnapped last month and was transported in a bag to an isolated village near Turin, Itlay. She was reportedly held captive for six days and her kidnappers were planning to auction her online.

Ayling recalled the incident, saying was handcuffed, gagged, drugged, stuffed in a bag, and put in the trunk of a car before being driven to a farmhouse. She claimed to have been lured to Italy for a photoshoot.

According to her statement, “A person wearing black gloves came from behind and put one hand on my neck and one on my mouth to stop me from screaming. A second person wearing a black balaclava gave me an injection in my right forearm. I think I lost consciousness. When I woke up I was wearing a pink bodysuit and the socks I am wearing now.” Ayling further added, “I realized I was in the boot of a car with my wrists and ankles handcuffed, adhesive tape on my mouth. I was inside a bag and was only able to breathe through a small hole.”

It was reported that she was released after six days even though the ransom was not paid. Reports claim that Ayling was released after her kidnappers found out she has a son because, according to Black Death’s ad, they “do not sell girls that are terminally ill, pregnant, have STDs or are young mothers”

Her alleged captor, Lukasz Herba, revealed to the police that he joined the group because he has leukaemia, and needed money for treatment. The group is said to have attempted to sell Ayling online for £230,000, and demanded a ransom fee from her agent. After a photo of Ayling and her alleged captor surfaced online, people were quick to question the validity of her story. While commenting on it, the model claimed to have “been threatened with death” and “was told that people were there watching her and were ready to kill her if she tried anything.”

Now, Chloe Ayling has gained even more interest on the Internet. She was already known for posting risqué pictures on social media, earning Ayling a lot of followers. Besides being a young model, she is also the mother of cute boy. If you have been searching for Chloe Ayling’s hot pictures, we have what you are looking for!

1. Soaking up the Sun

2. Showing off Her New Swimsuit

3. Perfecting the Art of Undressing

9. No Need for Makeup