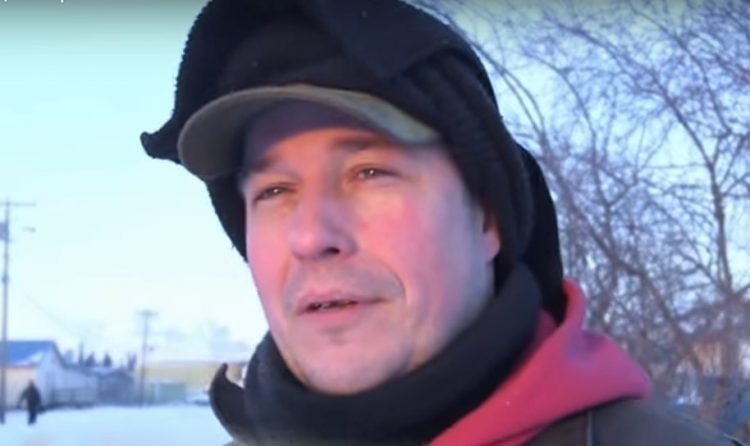 Edward “Chip” Hailstone was born on March 8, 1969, in Kalispell, Montana. He is the son of Daniel Hailstone and Mary Hailstone.

Much of Chip’s background remains elusive. Chip, who learned hunting from his father, moved to Alaska in 1998 and hasn’t looked back since.

Chip Hailstone is married to Agnes who is an Inupiaq native of Alaska. They have five daughters—Tinmiaq, Iriqtaq, Mary, Caroline, and Qutan Hailstone. Agnes also has two sons, Douglas and Jon Carter, from a previous relationship.

The family lives in Noorvik, a small town with a total population that’s less than 700 people. He and his family follow Inupiaq traditions of living off the land, in accordance with Agnes’ heritage. They hunt, fish, skin, and search for whatever resources they can to survive the frigid climate.

It is their traditional hunting job that caught the eye of National Geographic. Chip and Agnes were cast on Life Below Zero, on the National Geographic network. The show follows him and his family as they hunt for food and live off the land in the harsh Alaskan wilderness.

What did Chip Hailstone do? It’s a question that has been on people’s minds. And after nine years of his hit reality show, some fans are wondering where he is and when he’s coming back.

In 2012, the Life Below Zero star was charged and convicted on two counts of perjury and two counts of making false statements to police officers in the Second Judicial Court in Kotzebue. The conviction was a result of Hailstone’s claim that in 2011, a state trooper physically assaulted his daughter, who was 17 years old at the time.

In another incident that involved another family in Noorvik, he claimed that someone pointed a rifle at his daughter, after an incident involving his eldest son and others.

In an interview, Hailstone said that a state trooper placed his daughter into a submissive hold when she stretched her arm out, according to The Arctic Sounder. On top of asking for a restraining order for his daughter, he later filed an appeal for his perjury convictions.

“Really, I’m just looking forward to getting this dropped,” said Hailstone to The Bristol Bay Times, noting that an appeal had been filed in November by his attorney, Glenda Kerry of Girdwood.

“The anxiety for the past two years has been nuts, especially for Tinmiaq [daughter] and Agnes. I can’t wait until that’s gone,” Hailstone added.

Kerry noted that under an Alaska statute, a person only commits perjury when they knowingly deliver false information.

In the document, Kerry noted that even the troopers and investigator in the case admitted that people can “observe an event and come away with different perceptions, but that does not suggest, much less prove, that one of them is lying.”

Hailstone was sentenced to 15 months in the Anchorage Correctional Complex as of July 2017. As a result, he was not part of the show’s premiere at the time, and his family had to hunt without him.