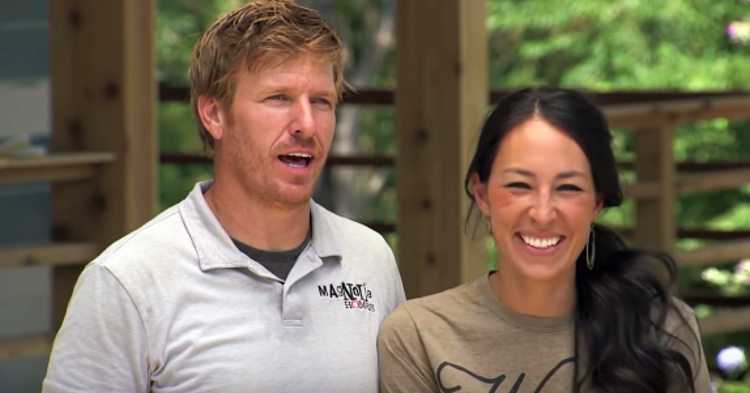 Fixer Upper season 4 may have ended on a sad note, but fans can now look forward to the show’s upcoming new spin-off, Fixer Upper: Behind the Design. While the new series will focus more on Joanna Gaines, we’ll turn the spotlight on her better half, Chip Gaines.

Fans of Fixer Upper may be worried about the future of the show as rumor has it that HGTV is canceling the reality series. But Chip and Joanna Gaines have confirmed through social media that season 5 is coming. In the meantime, we won’t be missing out for long because the spin-off, Fixer Upper: Behind the Design will begin soon. The new show will focus more on the design aspect of their home remodeling business, with Joanna giving a behind-the-scenes look a what actually goes on in the process. The new show will have a stronger focus on Joanna, so what will Chip do in the meantime? Probably prepare for Fixer Upper season 5 and have fun with their kids! We’ve got all the details on the reality TV personality, right here in our Chip Gaines wiki.

He Wanted to be a Baseball Player or Politician

As a child, Chip Gaines had many aspirations for when he grew up, including playing pro-baseball or joining politics. But the 5’10” man later realized he preferred manual labor and working with his hands. He flipped his first house while he was a student in college. After graduating Baylor University’s Hankamer School of Business, he started businesses like Green and Gold Wash and Fold.

On tonight's episode, Chip finally figures out his design style! ? It's a dramatic reveal you won't want to miss @hgtv 9/8c

Their business, Magnolia Homes, which is at the center of Fixer Upper was originally started by Joanna. But Chip later joined her, handling the construction side of things. Over time, they built it into a multifaceted company, including Magnolia Homes, Magnolia Realty, Magnolia Silos, Magnolia Market, and Magnolia Villas. They also have a book together, a furniture line, and paint line.

HGTV saw pictures of one of their flipped homes and contacted them for a show. The rest, as they say, is history. At the age of 42, after flipping more than 100 homes in 15 years, Chip has a net worth of $1.5 million, while his wife is slightly behind with $1 million. Their combined net worth is estimated to be around $5 million.

It was a pretty day to be in the field. #magnoliafarms

How Did Chip and Joanna Gaines Meet?

Chip and Joanna are both graduates of Baylor University. But before you start imagining a cute encounter in the college hallways, we’ll have you know they didn’t meet there. Chip is from Dallas and Joanna is from Kansas. Her family moved to Waco when she was in junior high.

Her father owned an auto shop, and she starred in their TV commercials. Chip frequented the shop and one day saw Joanna working behind the counter. Recognizing her from the commercials, he struck up a conversation. She fell for his sense of humor, and they hit it off. After dating for a year, they married in 2003.

They bought the Fixer Upper home soon after they married. We saw the home being fixed on season 1 of their show. The couple has four children, two boys and two girls named Drake, Ella, Duke, and Emmie. The kids have only seen a few episodes of Fixer Upper and aren’t that impressed. They’d rather go out and play!

And who wouldn’t? Have you seen their house? The kids have a picturesque tree house built by their parents on their 100-year-old farmhouse, sprawling 40 acres in Waco. They have many animals on their farm, including chickens, goats, turkeys, horses, and cows. While Joanna’s favorite part of their house is the kitchen, Chip loves the boys’ room. Probably because it has a basketball net!

Home is my happy place

Now that Joanna is busy with the spin-off, Chip’s staying home with the kids. And he’s up to “no good.” What exactly does that mean? We’re guessing they’re preparing for season 5 of Fixer Upper!