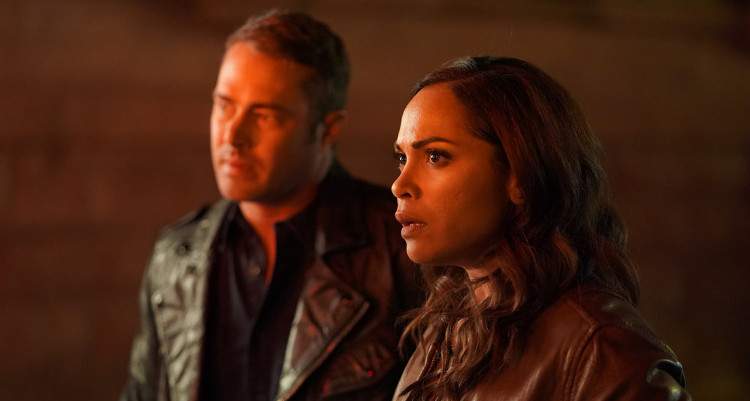 While most fans love the social service aspect of Chicago Fire, many watch the show for Gabby alone! She’s a paramedic and firefighter with a steel gut, and she’s on a mission to save a young girl from drugs. But what happened to Gabriela Dawson on Chicago Fire season 6? Read on for the details.

Dawson is a key character on Chicago Fire, and she is married to captain Matt Casey. The role Monica Raymund plays on the NBC action-drama is beloved by fans, who love her spirit and dedication to helping others. Gabby is hell-bent on saving Bria from the clutches of the city’s underbelly. In this quest, she faces many difficult situations. Most recently, Gabby came close to a relative of Bria. Find out more, right here.

In the latest episode of Chicago Fire, Casey wakes up in the dead of night to find Gabby on her laptop, looking for any information she can find on Bria. Gabby tells him how important this issue has become for her, and asks if she can have Kidd sub for her at the station.

Casey is worried about her growing obsession, but after learning that Bria possibly has an aunt in the area, he lets her take a day off. Come morning, the station is buzzing with not just alerts of emergencies, but an unbearable stench.

While everyone is trying to find out where the smell is coming from, an emergency alarm goes off regarding a woman stuck in a revolving door at an office building.

After they get her out, a teen approaches Kelly with information about Bria. He says he knew her from school, and saw her hanging out with some kids behind a small market.

Though he did not actually find the missing girl, Kelly sees the teenagers and manages to get information from one, who says that Bria went to see her father in rehab.

Meanwhile, Gabby finds out that Bria’s aunt lives in a shady place, and upon arriving at the address, a deranged woman opens the door. She says Bria’s mom killed herself, and blames Bria’s father. She tells Gabby to leave Bria alone, adding that she is probably safer on the streets and “was better off without” her father, while walking away.

But Gabby still holds on to the hope that she might be able to save the girl.

Share the moment that may have changed everything. #ChicagoFire pic.twitter.com/ZSomRK8m2u

Back at the station, Sylvie and Kidd call a guy from Hazmat named Zach (whom they both have the hots for).

They think he can fix the smell, and after an initial check, he figures that a critter might have died inside the walls.

No need for guessing here! Fans were already expecting a dead Mr. Sprinkles to be inside the wall! So, it was no surprise that the hamster slipped away from its cage and found its way into the concrete.

What’s Next on Chicago Fire

Without spoiling too much, here are some important revelations for next week’s episode, titled “Slamigan.”

Things are about to get very interesting in Gabby’s case. She and Casey do all they can to find Bria, especially after talking to the teen who knew her. While the couple gets their hands dirty in search of the girl, back at the station, Brett and Mouch create a new tool.

If you were wondering which woman goes on a date with Zach, it’s Kidd!

Tune into NBC for more drama on Chicago Fire, Thursdays at 10:00 p.m. EST.