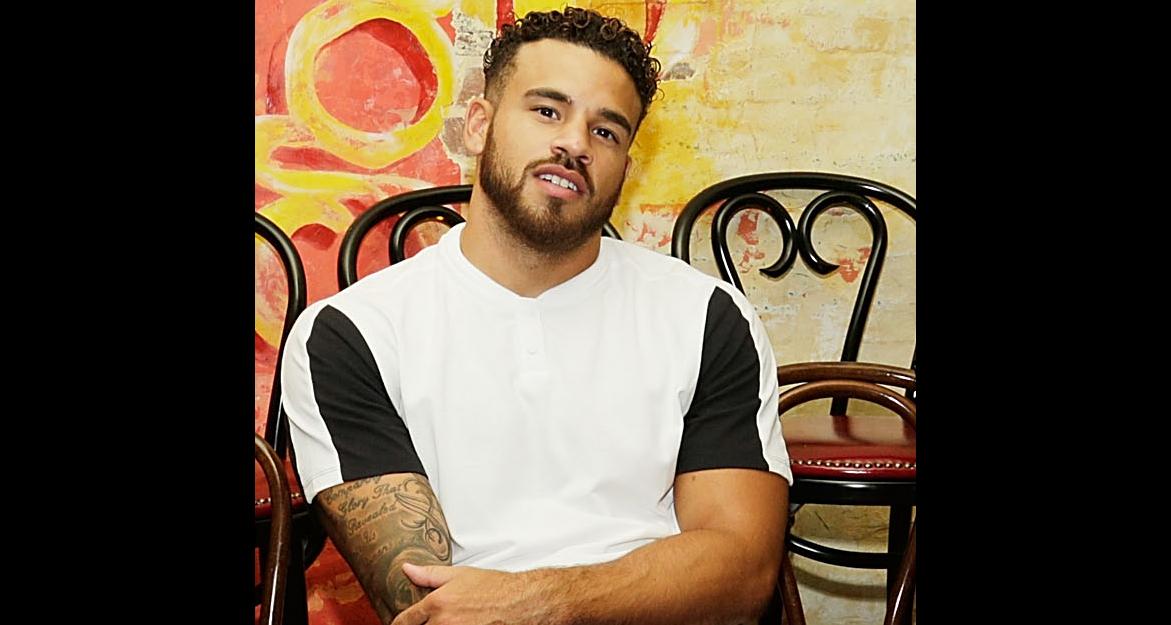 American reality TV series Teen Mom OG is back on MTV with season 8, which premiered on Monday (October 1). The highly anticipated new season includes a new member, Corey Wharton’s baby mama Cheyenne Floyd. But her casting on the show has received mixed reactions from fans. Who is Cheyenne Floyd? We have everything you need to know about her, right here!

With Farrah Abraham’s exit from Teen Mom OG, MTV added some new faces to the show’s lineup. Except, MTV watchers are familiar with the new castmates, and they are not very happy about it.

Cheyenne Floyd Was on Are You the One?

She got an email asking her to apply for the show if she was interested. Cheyenne and her sister thought it was worth a try, as Cheyenne was intrigued by the opportunity to appear on MTV. Next thing she knew, she was being cast for Are You the One?

Cheyenne didn’t find her match on the show. But she went on to compete on The Challenge: Rivals III, where she met “ladies’ man” Cory Wharton.

Cory has a very colorful romantic history. His relationship with Cheyenne Floyd on The Challenge wasn’t exactly clear, either. But we can expect to know more about how they got together on Teen Mom OG.

Cory Wharton and Cheyenne Floyd Have a Daughter

Cheyenne has a daughter named Ryder Wharton with Cory. Ryder was born on April 7, 2017. However, Wharton wasn’t aware he was a father until the child was six months old.

He had just been eliminated from The Challenge: Vendettas and had a budding romance with Alicia when he found out about Ryder. Cheyenne and Cory’s relationship status was unknown until December 2017, when they both announced they were parents to Ryder. Cory says Cheyenne is like family to him.

They have a YouTube channel called Raising Ryder, to vlog their adventures in co-parenting their daughter. The channel is mostly managed by Cheyenne, but it also features Cory.

Cory and Cheyenne then joined Teen Mom OG, where cameras will document them co-parenting Ryder. At the same time, Cheyenne is trying to navigate the dating world as a single mom.

Her relationship with Cory is still iffy to a lot of us. Everyone is still curious about why Cory wasn’t aware he had a daughter in the first place! But the young parents assure fans that all will be explained on Teen Mom OG.

Their Daughter Has a Rare Disorder

The condition prevents the breakdown of certain types of fat to convert them into energy. And in severe cases, VLCAD can result in liver and heart complications.

On her YouTube channel, Cheyenne revealed that she found out Ryder had VLCAD two days after she was born. A pediatrician told Cheyenne to take Ryder to a hospital immediately to run some tests.

After consulting a specialist, Cheyenne sought out as much knowledge as she could about VLCAD. Because of the disorder, Ryder is on a strict, low-fat diet, and her health will be monitored.

Cheyenne graduated from Hampton University with a Bachelor’s degree in public relations. However, she didn’t pursue a career in the field.

Before she made her debut on MTV, Cheyenne Floyd was a successful business owner. She is a sportswear designer with her own line of fitness wear and lingerie called The Ruu.

As a child, Cheyenne channeled her creativity by writing stories. Pretty soon, she was entertaining her family with performances. Her parents encouraged her and her sister to follow what they wanted to do.

Cheyenne caught the photography bug in high school when she traveled with her family to places like Kenya, Hong Kong, Cuba, Mexico, and France. She shares some of her creative work on her website.

After Farrah Abraham announced she was bidding farewell to Teen Mom OG at the end of season 7, MTV got some new faces on the show. Enter Bristol Palin and Cheyenne Floyd.

After much speculation, MTV confirmed in September that Cheyenne and Cory are indeed part of the show and had already begun filming. They made their Teen Mom debut last night and are expecting to be regulars in the next season.

But some Teen Mom fans didn’t accept Cheyenne’s casting. They feel that she’s not technically an original Teen Mom and shouldn’t be featured in the series.

Cheyenne had Ryder when she was 23. So, she wasn’t even a teen when she became a mother.

Additionally, the “OG” in the show’s title stands for “original girls”—those who were on 16 and Pregnant and appeared on the first season of Teen Mom. And because Cheyenne was not part of the original Teen Mom franchise, some fans feel her casting is too random.

But this new Teen Mom star believes that people are too hung up on the show’s title and said, “The show is called ‘Teen Mom’ so I know of course people are going to be stuck that I wasn’t a teen parent but at the same time I was a young mom. I didn’t have a job. I was confused.”

She added that she is a single, young mom trying to learn the ropes of parenting, even though she’s not a teen mom.

At one point, there was speculation that Cheyenne was close to getting booted off the show when her past tweets came to light. She made some hate-filled racist statements on Twitter back in 2011, which came back to haunt her.

Cheyenne apologized for her past Twitter activity and said the person she is now doesn’t think that way anymore. And the controversy didn’t get her fired either, much to the dismay of her haters.

The reality star believes she has a story to offer of how Cory discovered he was a father. And she also hopes to bring awareness about VLCAD through the show.

Besides, the rumor mill believes that there’s some tension between Cheyenne and Cory, despite the happy co-parenting relationship they present. Now that’s sure to make for some good drama on the show!

We think that Cheyenne Floyd and Cory Wharton will fit right into Teen Mom OG. So, don’t miss these two every Monday at 9:00 p.m. EST on MTV!

Also Read: Why Did Teen Mom 2 Couple, Javi and Briana Break Up?