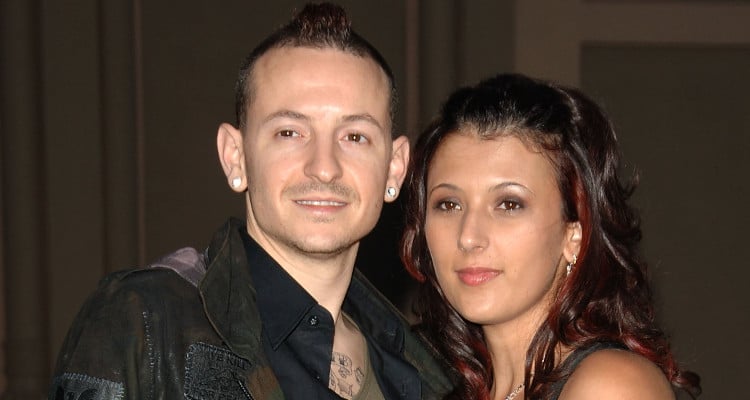 A shocking news announcement was made last night. Chester Bennington was found dead, in Palos Verdes Estates in California. Fans are in disbelief and are trying to cope with the shock.

What will happen to Linkin Park now? How is Bennington’s family? Where is his ex-wife Samantha Marie Olit now? These are the questions everyone is asking, and we have all the right here.

Samantha Marie Olit was Chester Bennington’s ex-wife and is now in the spotlight after his death. Olit has not yet commented on the tragedy and how she feels, but it is expected to come out soon. Until then, here are some details about Chester Bennington’s ex-wife, Samantha Marie Olit, and what she did with her life after divorcing Linkin Park’s lead singer.

Read on to know more about her in our Samantha Marie Olit Wiki.

Samantha Marie Olit was born on December 1, 1971, in Detroit, Michigan. The 45-year-old was raised in Southern California and was always interested in music. When she was seven years old, Olit recorded a get-well song in her neighbor’s in-home music studio when the news of her adoptive mother’s life threatening illness came around.

According to Samantha Marie Olit’s website, her mother regained consciousness and moved her fingers miraculously when she heard Olits’ “Get Well” song after she was pronounced dead. As a result, this helped Olit start her music career. And today, she is a successful entrepreneur with many businesses credited to her name.

Chester Bennington met Samantha Marie Olit in 1996 in Arizona where he was singing in a local band called Grey Daze. The couple got married the same year.

In 1998, Bennington auditioned for Linkin Park, which was called Xero at the time, and became the legend he is today. All the while, Olit supported his ventures, and they also had a son named Draven Bennington. By the looks of Olit’s Instagram posts, she loves her son more than anything!

Around 2005, their marriage started to weaken, and they filed for divorce.

Samantha Olit, also known as Punk Rock Mother Teresa (a name given by artist Scott May), works on multiple projects. In 2007, Olit took online courses through ICA to get more knowledge in life-coaching skills, which she had been doing with many celebrities unofficially anyway.

Olit became a professional in the music industry, and with the knowledge of psychology, she started Rhythm Kittens, a burlesque dance troupe that showcases modern jazz, hip-hop, Latin, and hula dances. She also founded SAM Records, an independent label, which proved her knowledge of music and her eye for talent.

She took on board a South African band called The Narrow and made a music and meditation CD for infants and children. Olit and Draven have been practicing meditating since he was two years old, and she says it helps to keep them calm.

Olit started Creative Life Coaching, a concept where she takes private clients through a syllabus of internal and external success. She is also a certified ThetaHealer, as she gained knowledge in DNA ThetaHealing.

Samantha Olit continues to coach artists and musicians across the world and has created a TV show called Hollywood House Guests, where she coaches her clients. The show is currently in production and scheduled to air soon.

Olit is a well-endowed woman, and she’s not afraid to flaunt it. She posts a lot of pics of her awesome beach-bod with her son Draven Bennington, and looks like she’s having a blast!

Samantha Mari Olit seems to have found love after Chester Bennington. She posted a pic of her and Billy Wood. Take a look at some posts that Samantha Olit’s Instagram proudly showcases.

Love Is in the Air

A post shared by Samantha Bennington (@samanthabennington) on Jul 8, 2017 at 9:22am PDT

Though Olit’s wealth is not exactly known, we can surely say she is doing pretty well for herself. She has multiple music businesses, a life coaching company for artists, and is a blogger, too. She seems to have her hands full and continues to build her financial empire.

Samantha Marie Olit was also married to the lead singer of one of the most popular rock bands, Chester Bennington, who is said to have a net worth of $30.0 million. So, after the divorce settlement, money has never been a problem!