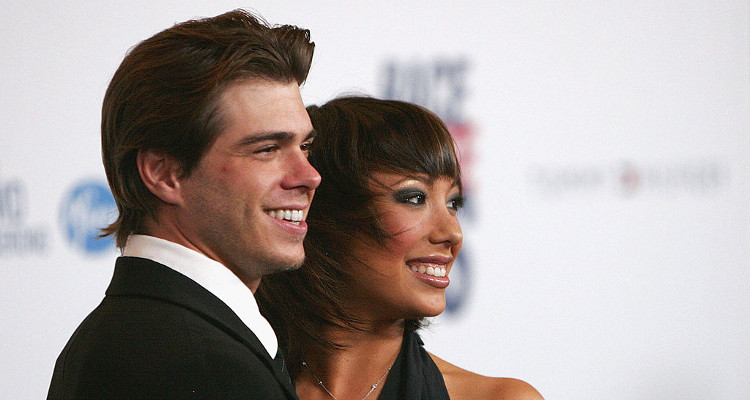 Cheryl Burke is getting candid about her life. She’s talking about her new tour, dissing Abby Lee Miller, her injuries, DWTS, and even her new romance. Or is it an old one? Cheryl Burke has reunited with her ex-boyfriend, Matthew Lawrence.

As if there wasn’t enough going on in Cheryl Burke’s life! She has a new dance tour and replaced Abby Lee Miller in Dance Moms. And she keeps the interest in her alive by tweeting bloody head injuries. (Ouch!) To add to it, she rekindled an old flame. Who is Cheryl Burke’s boyfriend? You might remember heartthrob Matthew Lawrence from Boys Meets World. Here’s more about him in Matthew Lawrence’s wiki.

There’s no dearth of hot siblings in Hollywood. Before the Jonas brothers, the Lawrence brothers had girls swooning. Joey, Matthew, and Andrew Lawrence are part-time actors and full-time heartthrobs.

The brothers were born and raised in Pennsylvania. Their mother is Donna Lyn, a personal manager, and their father, Joseph Lawrence, is an insurance broker. The brothers started their entertainment careers together sporting matching bowl cuts. They showed their bond in the 1995 sitcom, Brotherly Love.

The Lawrence brothers are all grown up now. Joey is a 41-year-old dad of two and recently starred in Melissa and Joey. The youngest brother, Andrew has a new movie coming up this year, and Matthew has four upcoming releases this year.

Night out with the family

Matthew Lawrence made his acting debut in a three-episode arc in the ‘80s show, Dynasty. He continued to work as a child actor in minor roles before making his feature film debut in Mrs. Doubtfire alongside big names like Robin Williams, Sally Field, and Pierce Brosnan. Starring alongside his brothers in Brotherly Love cemented his early fame and he went on to appear as Jack Hunter in Boy Meets World.

He also played Rachel McAdams’ love interest in Rob Schneider’s The Hot Chick and reprised his role of Jack in Girl Meets World in 2015. Lawrence also had a recurring role on his brother’s show, Melissa and Joey. The spin-off was the last time we saw him on TV. He has worked in small independent films with limited releases. He has earned a net worth of $4.0 million in his career.

Working some music with my bros

It’s rare for Lawrence to sing but he’s definitely got the talent for it. In fact, all the Lawrence brothers are gifted in the singing and guitar-playing departments. He made his singing debut with his brother, Joey, in the 1986 Macy’s Thanksgiving Parade. His other musical rarities can be found in shows like Gimme a Break, Boy Meets World, and Brotherly Love.

The brothers have now formed Still Three, their own music trio. They recently released their first single, “Lose Myself.” “We started out as a musical family—acting kinda redirected us,” says Matthew, “It feels good to get back to our roots.” Give a listen to Still Three’s song below!

#4. Love in the Ballroom

Lawrence was engaged to Heidi Mueller from 2004 to 2006 and was later linked to model/dancer, Laura Jayne. None of his romances, however, have been as a big deal as his current one. Dancing with the Stars is no stranger to romances being formed in the ballroom, and Matthew Lawrence and Cheryl Burke’s relationship was no exception.

Joey Lawrence was competing in Season 3 of DWTS with pro-dancer, Edyta Śliwińska. His brothers naturally came to cheer him on during the show and that’s how Lawrence met Burke, who was competing with Emmitt Smith. They were spotted together many times and she even celebrated his birthday. Sadly, they called it quits after a year.

After their breakup, the 37-year-old was romantically linked to Laura Jayne while Burke had rumored relationships with Cougar Town’s Josh Hopkins among others. But she maintained a good relationship with Lawrence while on the road. In early 2017, the 33-year-old dancer dropped hints on Instagram about her revived relationship. A source close to the couple confirmed that they have reignited their relationship after nine years.

Now that Burke is ready for the Love on the Floor tour, we wonder if Lawrence will accompany her on the road?

On a break not properly dressed for the beach #oceanside