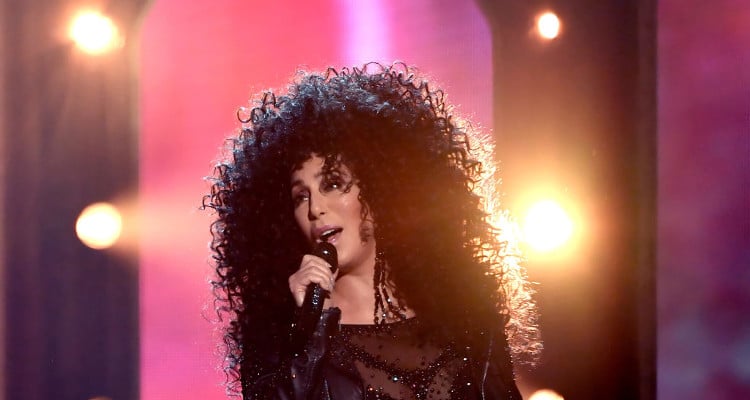 She was always an icon, but Billboard has made it official. The original Goddess of Pop, Cher was recently honored with the Icon Award at the 2017 Billboard Music Awards. She also performed at awards show, for the first time in more than a decade!

Aren’t we a lucky generation? For the first time in 15 years, we saw Cher take over an awards night at the 2017 Billboard Music Awards. Not only was the Goddess of Pop honored with the Icon Award, she let us relive her smash hits, “Turn Back Time” and “Believe.” There was glitter, big hair, racy fashion, and everything that screams Cher. We can’t get over the iconic superstar’s awesome stage appearance, either. Here’s everything you need to know about her life and career until now.

Cherilyn Sarkisian from El Centro, California was born to a small-time actress and model. Her father had drug and gambling problems and was rarely around to raise her. Her parents divorced when she was an infant, and her mother married another actor while struggling to make it as an actress herself. Her mother booked Cher and her sister as extras on TV, including the show The Adventures of Ozzie and Harriet.

Cher’s mother divorced and remarried several times, moving her daughters all over the country. Despite struggles in her childhood, Cher pursued her dream. She organized musicals in her school and when boys refused to participate, she’d play their roles. By age nine, she developed an unusually low voice. She felt like she was not talented or attractive enough, but held a strong desire to be famous. “I couldn’t think of anything that I could do … I didn’t think I’d be a singer or dancer. I just thought, well, I’ll be famous. That was my goal,” she explained.

Also Read: Lorde Returns to SNL! Is Lorde Releasing New Music This Year? Get the Scoop!

A 16-year-old Cher dropped out of school, left her mother’s house, moved to L.A., took acting classes, and worked to support herself while seeking out Hollywood agents. There, she met Sonny Bono, who introduced her to producers and helped her work as a backup singer. They eventually became closer and got married in an unofficial ceremony. To help her overcome her stage fright, Sonny and Cher began performing together. He was initially her producer, until they took their music to England and became overnight stars with their chart-topping hit, “I Got You Babe.” Despite problems in their personal and professional relationship, Sonny and Cher worked it out and officially married after the birth of their son, Chaz Bono.

While Sonny and Cher’s popularity declined, Cher was at the prime of her solo career, especially with her first million-seller, “Bang Bang (My Baby Shot Me Down).” She became famous for her distinct contralto singing voice with songs like “Gypsys, Tramps & Thieves,” “Half-Breed,” and “Dark Lady.” Her outgoing personality and style also made her a trendsetter in fashion.

Sonny and Cher had a highly publicized divorce in 1975, which impacted their respective popularity. Her songs weren’t performing commercially and her TV shows faced low ratings. She later married rock musician, Gregg Allman with whom she has a son, Elijah. But their marriage suffered because of Allman’s drug problems. Sonny and Cher reunited professionally for a TV show, but their post-divorce relationship and Cher’s marriage faced backlash and the show was canceled. Cher and Allman eventually divorced, too. She later dated several younger men, including Tom Cruise, Bon Jovi, and Val Kilmer

#6. Becoming the Most Bankable Actress

While her music failed commercially, Cher decided to take up acting jobs. She tried her hands at movies and Broadway. Mask was her first critical and commercial hit at the box office. Her work in Silkwood earned her an Oscar nomination. She won the Oscar for Best Actress for Moonstruck and piled on the box office successes, eventually commanding $1.0 million per role. She also made her movie comeback in 2010 with Burlesque. There are also numerous Emmy and Golden Globe trophies alongside her Grammy and Oscar awards.

Cher’s star power remained intact and she made a comeback with her disco-themed album, Take Me Home. The single mother of two earned $300,000 a week for her 1980-1982 residency show in Las Vegas. Always one to try every genre, she established herself as a rock singer with her smash hits, “Turn Back Time” and “I Found Someone.” She reached a commercial peak with her song, “Believe,” the auto-tune in it was dubbed as the “Cher Effect.”

Cher’s 2002-2005 Living Proof: The Farewell Tour was the highest-grossing tour by a female artist of that time. In 2008, she signed a $180.0 million deal to headline a show in Vegas for three years. Her first studio album in 12 years, Closer to the Truth (2013), became her highest-charting solo album in the U.S. to date. With several records broken and selling 100 million albums worldwide, she’s one the best-selling artists of all time. The latest figures estimate the 71-year-old’s net worth to be a whopping $320.0 million!

Cher became a fashion icon and sex symbol for popularizing the jet black long hair and “hippie fashion with bell-bottoms, bandannas, and Cherokee-inspired tunics.” Once sad about the lack of dark-haired female icons to look up to, the Audrey Hepburn fan influenced a generation of celebrities, from Beyoncé to Kim Kardashian. The Council of Fashion Designers of America recognized Cher with an award for her influence in fashion. Even her tattoos were famous, but she started the process of getting them removed in the ‘90s.

The iconic singer is as active in philanthropy as she is outspoken about politics. Her charitable ventures have included support of health research and patients’ quality of life, veterans’ rights, anti-poverty initiatives, and vulnerable children. Cher is a donor and spokesperson of the Children’s Craniofacial Association. She’s also attached to several AIDS/HIV related foundations and a vocal supporter of soldiers and veterans. When her son, Chaz Bono, came out of the closet, she became a staunch advocate for LGBTQ rights.