Baby makes seven in the Desmond household! As Chelsey Desmond is pregnant with her fifth child with Ian Desmond, the Washington Nationals player has decided to sit out the 2020 season. Though it took a lot of time for Ian Desmond to make it to the Majors, he has never shied from prioritizing his family over the sport. And Chelsey has supported him through all the highs and lows of his career. A lack of income and unsavory gossip did nothing to deter the trust she has in her childhood sweetheart-turned-husband. Ian Desmond’s wife is certainly deserving of the spotlight in this Chelsey Desmond wiki.

Chelsey Elizabeth Edwards was born on June 13, 1986 to William R. Edwards and Debra Morgan Edwards. The family was based in Sarasota, Florida, which is also Ian Desmond’s hometown.

10-year-old Ian caught Chelsey’s eye one day at Ashton Elementary School when he walked in the lunch room sporting a t-shirt from a baseball tournament. After that first meeting in fifth grade, they dated on and off, kid-style.

They took separate paths to college, with Desmond dedicating his focus to baseball. It was when he was playing Class A in Potomac that reconnected with Edwards. He was staying with a host family and spoke to Edwards for hours on the phone while sitting in his car, so as to not disturb his host family.

The first time she visited him in Potomac didn’t go so well either. Edwards lost her luggage, Desmond’s car broke down, and they had to hitch a ride to a mall to buy some sweats and t-shirts that would tide her over the rest of the stay.

At the cost of her job, Edwards followed Desmond wherever his team played. With their limited income, Edwards paid for her own room in the same hotel at which the team stayed.

She also dealt with unfounded gossip that Desmond was cheating on her. A distasteful stereotype within the baseball WAGs community is the assumption that all players are prone to infidelity while being away from their partners for months at a time. But Edwards had known Desmond long enough to trust him completely.

Chelsey and Ian Married in 2010

Ian Desmond was going through a slump in his 2007 career when he was demoted from AA to Class A. It was disheartening for an athlete who had already gone through a lot to keep playing the sport.

Chelsey Edwards had been with him throughout the highs and lows of his career. But the young couple was starting to feel weary of the hardships.

However, Desmond’s prospects took a turn for the better in 2008, when he was among other elite prospects selected for the Arizona Fall League. The day after the couple got engaged, Desmond was added to the Washington Nationals roster.

Soon after his first major league game, in January 2010, Edwards and Desmond tied the knot.

Not a newbie to the WAG scene, Chelsey Desmond soon adapted to the hectic schedule of a AAA partner. She doesn’t miss a single game that Ian plays, be it at the stadium or on television.

Chelsey Desmond Is a Multi-Sport Athlete

Chelsey Desmond is also an athlete, so she’s well-versed with the pressures Ian faces. The multi-sport athlete and tomboy played soccer, softball, and volleyball.

At Riverview High School where she attended, Chelsey recorded some of the highest stats in the school’s history for the sports she played. That earned her a sports scholarship to Lynn University in South Florida.

Ian had a scholarship to the University of South Florida in hand as well. But opted to forego college when he was selected by the Montreal Expos in the 2004 draft.

Meanwhile, Chelsey, a homebody to the core, freaked out at the prospect of leaving the familiarity of her hometown to go to college elsewhere. So, she gave Lynn U a pass and instead attended community college with the goal of becoming a dental hygienist instead.

When she was dating Ian, Chelsey was working at a dental practice. However, following Ian in the Minors meant she wasn’t at work much.

Chelsey and Ian Are Expecting Their Fifth Child Together

Chelsey Desmond gave birth to their eldest son, Grayson Wesley Desmond, on April 26, 2011. Back then, Ian Desmond was among the first players to make use of the new MLB rule providing paternity leave to players. He missed two games, but was back to work two days after his son was born. 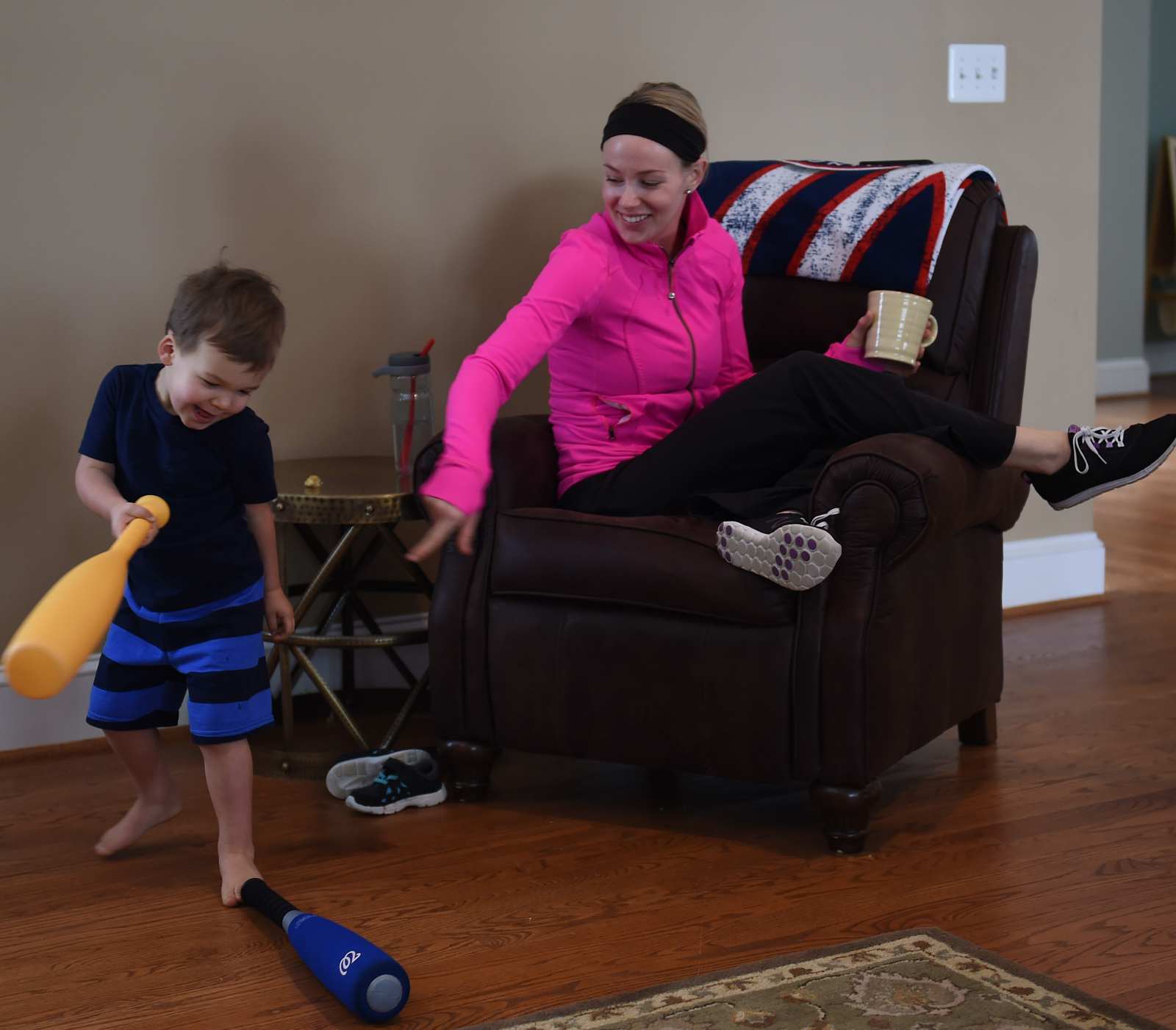 Their youngest son, Ashton William Desmond, was born on October 11, 2014.

After the girls being outnumbered four to one in the household, Chelsey and Ian welcomed their first baby girl in late 2018.

Chelsey Desmond is currently pregnant with the couple’s fifth child. Considering the situation with COVID-19 and the safety of his wife and kids, Ian Desmond has opted not to play for the 2020 season. In a thoughtful post concerning racism and social justice in the league and in the country, he said he will spend the rest of the season with his family.